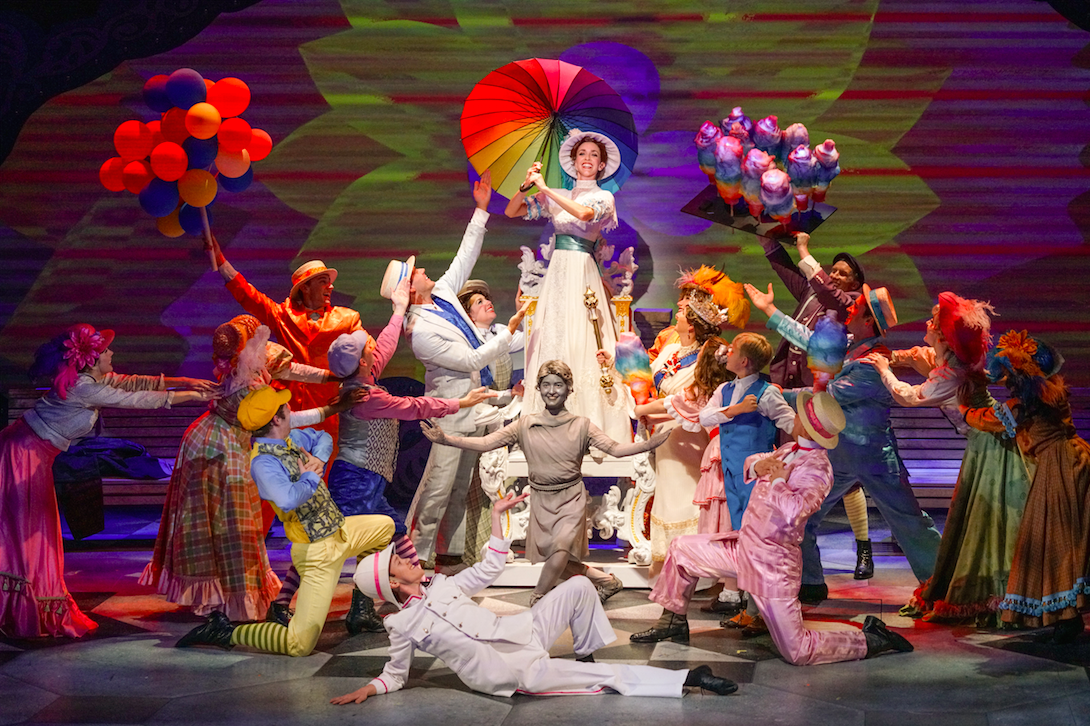 Mary Poppins flew into ZACH’s Topfer Theatre via rainbow umbrella late last month and landed squarely in the hearts of every Austinite who’s had the good fortune to see her since. Onstage in resplendent colorful costumed perfection, Disney and Cameron Mackintosh’s Mary Poppins is the summer musical event of the season. Don’t miss this spectacular production – it’s practically perfect in every way! Tickets are on sale now for performances through September 4, 2016.

ZACH Theatre’s summer production of Mary Poppins, starring local talent Jill Blackwood as Mary Poppins and Matthew Redden as Bert, is a magical three hours of toe-tapping, enchanting, clap-along fun that is a delight for all ages. I recently took my 14-year-old son to see this musical masterpiece, and we were both floored by the high caliber performances of both the cast and live orchestra. The show flew by as we grinned our way through song after song, rapt by the enchanting characters and dynamic set and lighting design. 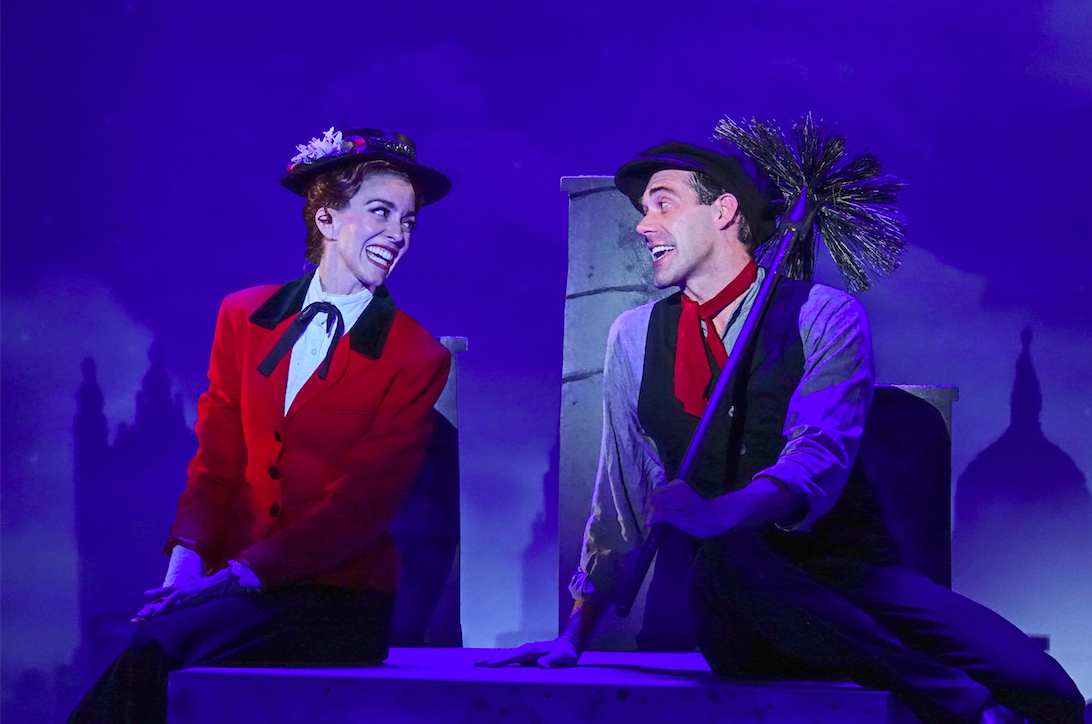 While not exactly the same plot as the 1964 Disney movie, the theatrical version of Mary Poppins made us feel more invested in the Banks family, caring deeply about their fate. The introduction of a nasty nanny, Miss Andrew, takes the story on a dark turn in the second act, making the audience all the more relieved when Mary Poppins returns to save the day! 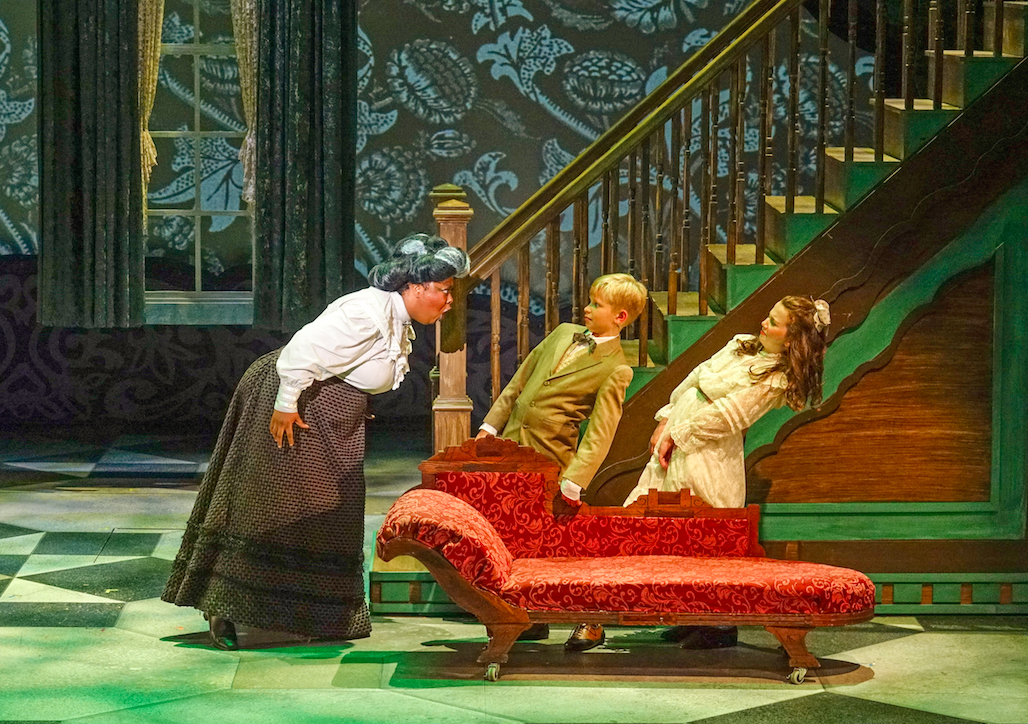 Miss Andrew is a meanie. Photo by Kirk Tuck Photography.

A truly mesmerizing musical, Mary Poppins is sure to delight the entire family. With a sensational cast that is in constant motion, a set that is ever-evolving, and an inspirational lighting design that captures the imagination, the two-act play is enchanting. Director Dave Steakley and his creative team have outdone themselves with this “Supercalifragilisticexpialidocious” production. 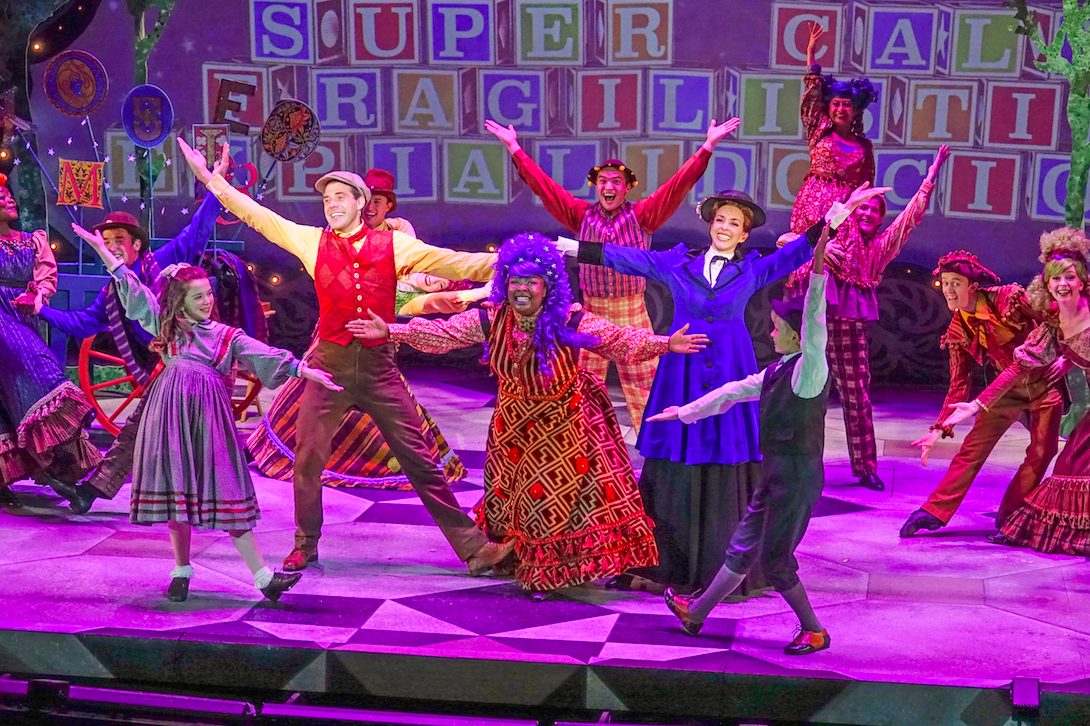 ZACH Theatre’s 2016 summer musical, Mary Poppins, features the unforgettable songs “A Spoonful of Sugar” and “Chim Chim Cher-ee.” Dave Steakley and the creative team who brought you The Who’s Tommy and A Christmas Carol have reinvented this delightful family musical, jam-packed with unforgettable theatrical magic!

Tickets are on sale now for shows Wednesdays through Sundays until September 4, 2016. To purchase tickets, visit www.zachtheatre.org or call 512.476.0541 x.1. Discounts are available for groups of eight or more. The show is recommended for ages six and up, due to the three-hour run time. For more information about the show, visit the ZACH website.