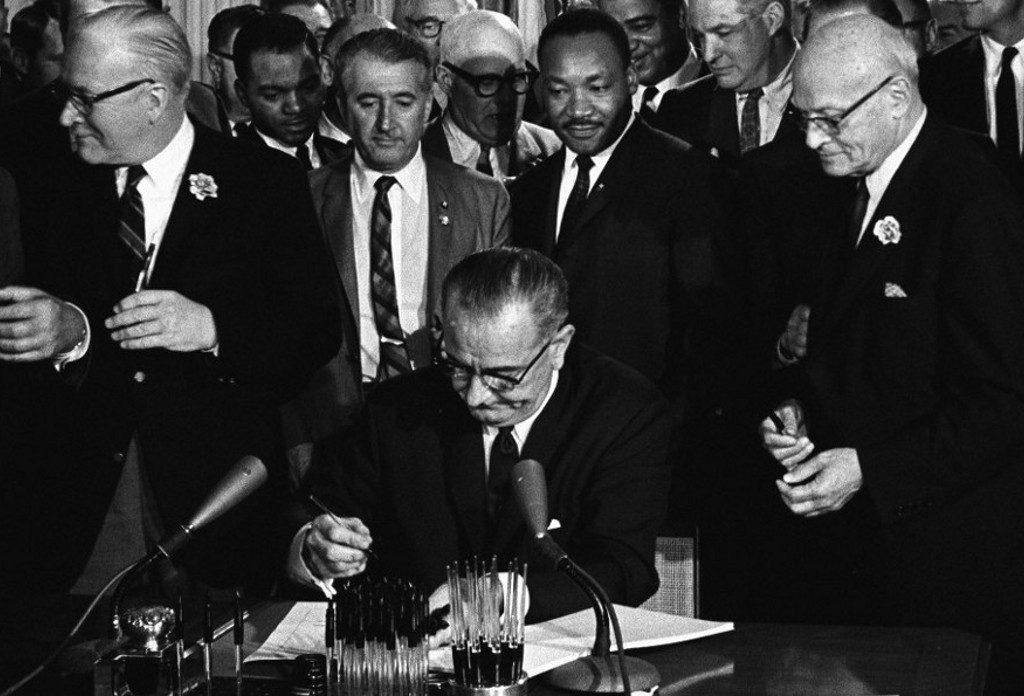 When President Lyndon B. Johnson signed The Civil Rights Act into law in 1964, he cemented his legacy as one of the nation’s most consequential leaders ever, at a time of social unrest greater than any period in our history other than the civil war.

Nearly 50 years later, that legacy still holds sway over America’s leaders — which explains why traffic in Austin is basically going to be awful this week, as four American presidents have speaking gigs planned in town over the next few days.

Presidents Obama, Bush, Clinton and Carter will be joined in Austin by civil rights icons like Rep. John Lewis and former Congressman Andrew Young, who marched with Dr. Martin Luther King, Jr., and renowned tennis player and LGBT advocate Billie Jean King, among many others.

The LBJ Library’s leadership seems especially pleased to be hosting President Obama, who they called “the fulfillment of the promise of the Civil Rights legislation delivered by President Johnson and a bi-partisan Congress.”

After a full day of panel discussions on civil rights in modern America, President Carter will speak at the LBJ Auditorium on Tuesday night, starting at 6 p.m. Wednesday night is President Clinton’s turn, and Thursday will see both Presidents Obama and Bush take the stage.

“Fifty years ago, President Johnson’s vision for a more just and honorable America contributed to the passing of the Civil Rights Act, the most transformational civil rights legislation since Reconstruction and a crucial step in the realization of America’s promise,” LBJ Library Director Mark K. Updegrove said in an advisory. “But his vision went far beyond ending racial discrimination. He believed that education, economic opportunity, health care, clean air and water, and access to the arts and humanities, among other things, were inherent civil rights for all Americans—and it’s reflected in his legislative legacy.”

That vision, while incomplete, still resides at the very heart of our democratic system — along with the same old disagreements over whether the government can enforce a slate of basic rights for all men and women.

If you don’t have tickets — they sold out just 19 minutes after going on sale — make sure to check out the panel discussions and presidential speeches via live streaming video.

And if you’re not already going to hear Obama speak on Thursday, try to stay out of downtown during midday. Words fail to describe the aggravation of an Austin traffic jam in the midst of a visit by a sitting president. Don’t say you weren’t warned.