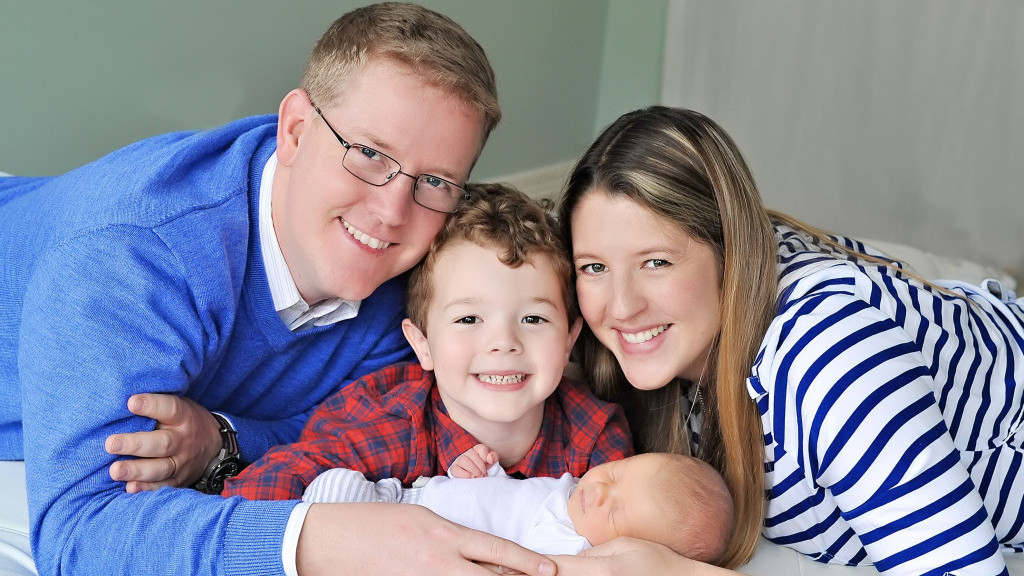 In Case Of Fire, This Austin Mom Might Be Saving Your Life

When Austin mom Elizabeth Donelson was first hired as a firefighter for the Austin Fire Department more than 12 years ago, she’d show up at the scene of a fire and often be the only woman there. But Elizabeth, known to friends as Lyzz, does not consider herself a trailblazer. There were a lot of women who came before her here in Austin who she says made her job easier. It also doesn’t hurt that Austin’s current fire chief is a woman. Still, Lyzz was among the trailblazers at Austin’s fire department, and the number of women has almost tripled (from 25 to 70) since she joined. Eventually, Lyzz moved up the ranks from cadet to firefighter to driver, and she was promoted last year to lieutenant when she was pregnant with her second child. This wasn’t a surprise to her — Lyzz knew she wanted to be a firefighter since she was a teenager. She laughs when admitting that the movie Backdraft was really an inspiration for her decision, although she almost went a completely opposite direction.

It wasn’t just the firefighters that were so intriguing about the film; the actors interested her, too. At the time, Lyzz was trying to decide between being part of Hollywood or a fire department. She started with acting and moved to Los Angeles, where she worked as a production assistant and appeared in a commercial and a reality show. It was in LA where she first tested for the fire academy. The rigorous process of physical and agility exams, interviews, and a psychological test had hooked her. As it became clear acting was not for her, Lyzz moved back to Austin for its artistic vibe. Shortly thereafter, she tested for the Austin Fire Academy and was hired in the first round.

We did this interview at her home in Austin while she was on maternity leave. She has recently returned to work at Fire Station 12 in her new position as a lieutenant. Lyzz is the mom to a 4-year-old boy and a 4-month-old girl. Her daughter sat on her lap for most of the time, while her cat sat on mine.

I asked Lyzz if her son understands what she does for a living. She says that he “loves it.” When they’re in the car together and a fire truck passes with sirens blaring, he shouts out “bye, be safe.” He got that from her. Working on the front lines of imminent danger, Lyzz has attended far too many funerals throughout her career. That’s why safety is, in her words, “the name of the game.”

Q: What do you worry about most?

A: I can’t help but think there is always that possibility that the next shift I go into will be my last. And it’s a very hard decision to continue to make every shift knowing something could go terribly wrong and I may not come home. So, I have to do everything in my power to be as trained up as I can and to be as responsible as I can and make good and safe decisions, so that I come home every shift – not just my crew.

Why did you become a firefighter?

I loved the camaraderie of it. I love that you can argue until you are blue in the face with the person sitting across from you at the dinner table in the fire station. You can butt heads on religion, or politics, you name it. But, when the tone (a call) goes off, you get up and you are on the same team and you fight for each other. All that goes out the door, because you are wearing the same uniform and you are on the same crew. That kind of family and that kind of comradery is hard to find. It just makes the job unique and amazing.

How often are you fighting fires?

Not as often as the public thinks. About 80 to 90 percent of our calls are medical in nature. It’s good that our fire prevention department has succeeded in its goals. Construction is better and general public awareness about the importance of smoke detectors is getting out there. So, we mostly make medical calls. Occasionally, something starts to burn, someone calls and we go.

I’m a fan of letting my kids fall down and hurt themselves to learn, of stepping back and watching how my son will negotiate (a problem) – instead of intervening too much. I take a lot of my parenting from how my mom parents. My mom was the kind of mom who all my friends could talk to. I can remember coming home and my friend sitting on my mom’s bed having a heart to heart with her that I wasn’t privy to, which was great. I know that I always felt that way with my mom. We are still best friends. I hope that going forward, I’m the type of mom who my kids can confide in.

You seem like a mom who has a lot of patience, is that correct?

I don’t lose my temper with my kids. I think they are still too young. I don’t think that my son is old enough to do anything deliberately. He’s getting to the point where he can do something to get a rise out of me. I am of the opinion that if you are going to argue with a toddler, than you have already lost. That is not how their brains work and so there have to be really clear boundaries.

What are some of those boundaries?

My son doesn’t get to yell at mom or dad. We give him a warning; if he continues, we will take away a toy. We are big on “yes ma’am and no sir.” His job as a kid is to respect his elders. Making eye contact when he is interacting with someone. We try not to say ‘no’ unless it’s really important. As long as the rules are important to you, they can be important to the kid. What changes about your job now that you’re a lieutenant?

Now that I’m an officer, I am  responsible for my crew. I have to be the one whose head is on a swivel and make sure that I’ve got a big picture of what is going on, because it is my responsibility to get them home at the end of the shift. As a driver, your responsibility is to get them safely from point A to point B. As a firefighter, you have tasks that you need to complete. But, as an officer, you really have to have the entire crew’s safety in mind as the number one priority.

I think I have a strong maternal instinct. An officer is there to keep you safe, but it’s not often referred to as a motherly aspect. I think there is some truth to that. My job is to keep my boys safe. The fire station is family. You work a third of your life with them. You see your crew more than anyone else in your life. I don’t see my husband for 24 hours at a time.

How do you cope with what you see on your job? There’s a certain amount of compartmentalizing that happens. When you are on scene, there is no benefit to getting emotionally involved. If I get emotionally involved in what is going on, then I’ve become part of the emergency. I can’t help solve it. I put up emotional walls for some of those calls and later I will deal with it by either talking with the crew or friends in the department.

Do you talk to your husband about your job?

I try not to bring those things home with me. I try not to talk in too much detail with people who aren’t firefighters. He knows a lot, but there’s no reason for him to know little details about horrible medical calls. It’s understood that you can’t unsee things. Someone described it to me that it (the scenes) becomes part of your Rolodex. I can go back and see all of the nasty things that I’ve seen and I don’t want that in the head of my family members.

Now, as an officer, I will be the first one on some of the scenes and I can say, ‘You guys step back, because there’s just no reason to put this in your Rolodex.’

Are there parts of being a firefighter that have changed for you since becoming a mom?

Every firefighter, in my observation, has calls that are hard for them. Since having kids, anything when a child is involved is really hard. I can’t help but see my kids in that situation. That being said, we work as a team. If someone needs to step away, that’s fine. We all deal with it differently.

What will you share about your job with your children?

One of the things that occupies my mind a lot as a mom is the stuff I see a lot at work, whether it’s a nasty accident or people not being smart in their decisions and hurting themselves or someone else. I see those things and I know that I’ve learned from them. How do I teach from what I’ve learned?

What are some practical things you can tell me that you’ve learned?

Everyone in our house sleeps with the door closed. If there was a fire, a closed door can buy you loads more time as far as a rescue then if you sleep with your doors open. So, we sleep with our doors closed. It’s non-negotiable. If I’m at a red light and it turns green, I always look both ways before I proceed. I’ve been to enough T-bone accidents where people have gotten seriously hurt when someone wasn’t paying attention and flies through a red light. I don’t want to be the one they hit.

There are some things – buckle your seat belt, don’t text and drive – that I won’t say to my kids because I’m a mom. I will tell them because I know that those decisions can have dire consequences and I’ve seen it firsthand.

To learn more about Lyzz and other female firefighters in the Austin Fire Department, click on this video put together by the department’s video production specialist, Preston Culver.