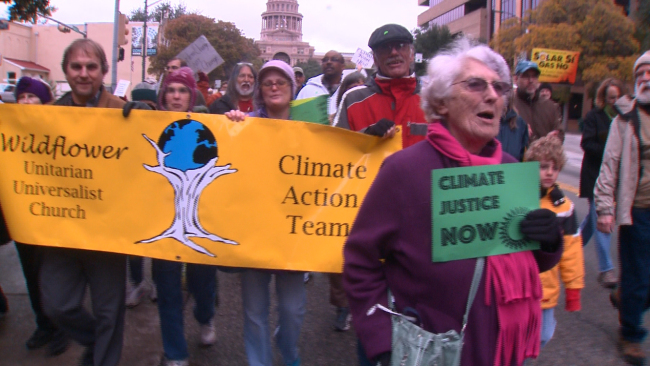 Hundreds of thousands of protesters joined nationwide demonstrations calling for adoption of global environmental controls. This comes as world leaders head to paris for the opening Monday of the United Nations climate summit. In the United States, groups in New York held signs and marched around city hall, calling for leaders to invest more in renewable energy and other climate-conscious efforts.

One rally was right here in Austin.