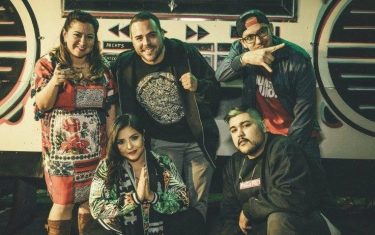 Houston tropical music group Bombon has teamed up with Houston rapper Fat Tony to release a track titled “Dame un Beso” on Austin record label Discos Peligrosa. A trippy tune that features chill sounds and smooth rapping from Fat Tony, the song is an excellent end-of-summer hit. While each artist on “Dame un Beso” sounds different, both Bombon and Fat Tony have written a chorus that you won’t be able to get out of your head.  Its reggae influenced beat holds everything together, maintaining the song’s chill vibe perfectly. While the song doesn’t cater to any specific group of fans, there is not much that you won’t like on this latest Texas hit.