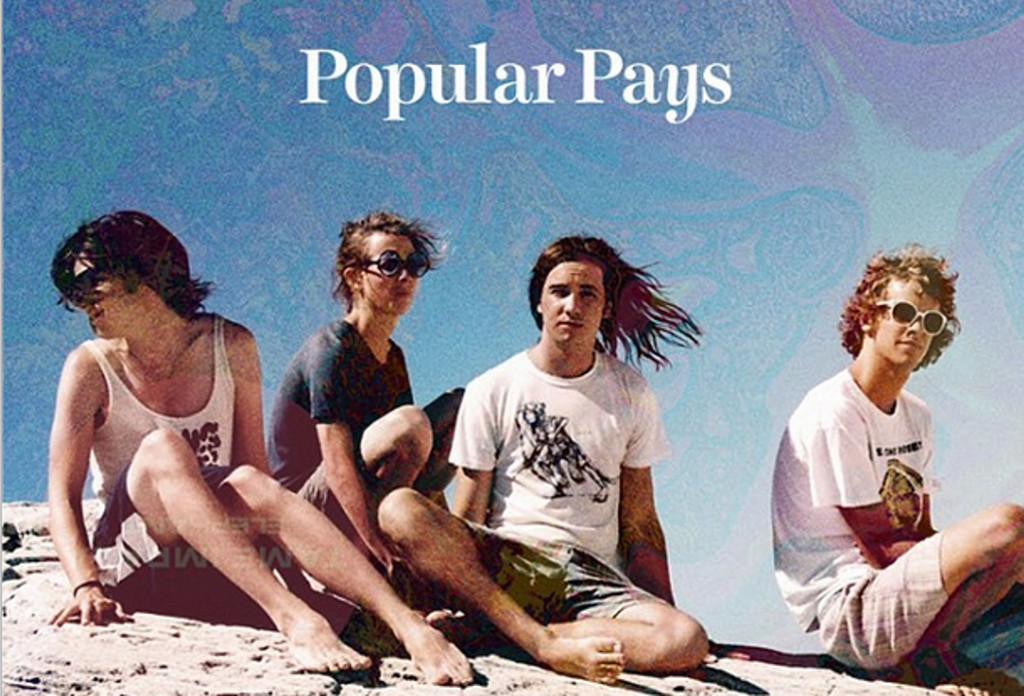 The idea behind it all is pretty simple. Users with more than 500 Instagram followers download the Popular Pays app, verify their identity and then pick a product they’d like to have — for free. The more popular the user, the bigger the items they can get, ranging from free coffee or food to crazy-awesome stuff like skydiving passes, concert tickets and brand-new clothing. In exchange, the user must take a photo and post on Instagram about their experience, helping the retailer market their goods in a unique and authentic way.

According to Popular Pays CEO and co-founder Corbett Drummey, the whole system works on the “Likes” their users generate. Corporate clients use the Popular Pays app to generate social currency, paying the company between $0.03 – $0.10 per “Like.” Users are held to their word to post about their free products through a reward system that grants them karma for following through, unlocking offers for more valuable items. And if they forget to post too often, they’ll have to take an “I’m sorry” selfie to get back on the bandwagon. The company is also watching like a hawk for users who pay to add faux followers, ensuring their impressions are all authentic.

Simple as that sounds, the results are undeniable: Popular Pays is working like gangbusters. Drummey explained that each Popular Pays user reaches so many other people that if all the app’s users were to share something all at once, the net impact would be roughly half that of a Super Bowl ad. That’s not just fancy math — those numbers are due to Popular Pays’ game-changing model for companies with small marketing budgets. And to think, it all started as a joke between he and fellow co-founder Allan Holmes, who thought it would be funny to host a party and only invite popular Instagram users.

Now that joke has become a dead-serious business, bringing the ever-disruptive sharing economy to the doorstep of the advertising business — much like Airbnb disrupted lodging, Uber disrupted private transportation and peer-to-peer file sharing disrupted the music industry.

“We’re trying to crowdsource advertising, and make it a peer-to-peer system,” Drummey said. “We’ve introduced a system where… all we do is give [popular Instagram users] some product to share with their friends. That way it’s more authentic, it’s from a real person, and it’s cheaper for the company because they don’t have to pay for the content creation. They’re outsourcing all the content creation just by using products as a bartering tool.”

It took about a year for Popular Pays to reach critical mass, percolating in the company’s hometown of Chicago before launching recently in Austin. But now, Drummey explained, the concept has taken on a life of its own.

“Last month, the number of photos posted by our influencers grew 36 percent, month over month,” he added. “We had to do some groundwork, but once we laid that groundwork we’ve seen it growing on its own… [One marketer] found that they actually got a positive return just on upsales. So, a person would come in for a free cup of coffee and they usually would buy another item, like a pastry or whatever. So that justifies giving away a cup of coffee, plus that person took a really good photo that they can reuse in their social channels. That’s advertised to that person’s followers. So, [marketers] are getting a lot of benefit out of this, and it cost them basically a $0.40 cup of coffee.”

Right now the app is only for iPhone, but the company assured us that an Android app is coming soon.

The photos Popular Pays’ users have taken speak for themselves. Don’t these make you hungry? “It looks so good,” Drummey said. “Even if it’s just a cup of coffee, our users do such a good job.”

“It looks way better than seeing a sponsored ad in your feed,” Drummey added. (Hard to argue with that one.) “With most items, we get about an 85 percent posting rate from our users,” he continued. “But with the big items like a $100 pair of sneakers, that’s closer to 100 percent.” In other words, Austin Instagrammers with iPhones, if you’re not getting paid for being popular, what are you waiting for? Get it NOW!

Featured photo: The band Tame Impala, in an Instagram shot posted by the Popular Pays app.

Disclosure: Austin.com’s owner is an investor in Popular Pays.