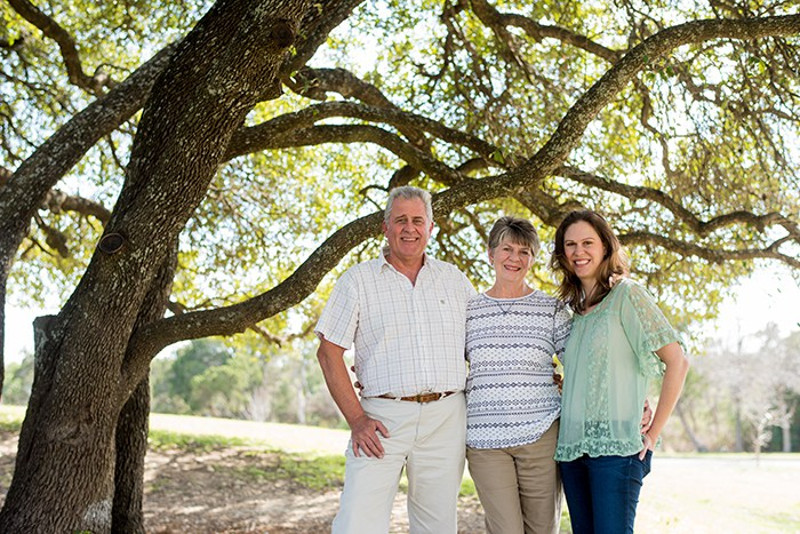 In light of our nation’s current political climate, there’s something we want to get straight, on the record. Here at Austin.com, we might not necessarily love that people are moving to Austin in hoards right now, worsening traffic and encouraging increased development at the expense of our most beloved green spaces and music venues, but if there’s one thing that we do love, it’s diversity!

Even discounting the fact that 25% of Austin’s current tech startup entrepreneurs are immigrants (a huge number considering Governor Greg Abbott’s claim that Texas has become the new Tech Mecca of America), celebrating unique personalities and accepting folks with backgrounds and beliefs that are widely different from our own is one of the major pillars of the “Keep Austin Weird” motto we’ve adopted as a community.

As such, we’ve really been wanting to champion an awesome Austin-based company that sports beautiful “foreign” roots. After a chocolate chip cookie from Happy Vegan Baker, an all-vegan bakery run by a warmhearted South African family who relocated to Austin from Cape Town, left our taste-buds singing, we knew we’d found a story worth telling.

Pastry chef Inge Bothma founded Happy Vegan Baker shortly after graduating from Le Cordon Bleu Academy of Culinary Arts in 2007. She had quickly landed work with big-time eateries like Hudson’s on the Bend and Lakeway Spa and Resort, but found herself in need of a creative outlet that would allow her to explore healthy, animal-free baking, in particular.

“I believe that by taking a plant-based approach to baked goods and comfort foods — foods generally considered to be very unhealthy — people can still eat tasty treats that they love, but [in a way] that is a lot healthier and has a more positive and profound impact on their health,” said Bothma.” Since Austinites are always game for comfort food, but also feel passionate about developing healthy life habits and supporting honorable local businesses, Bothma’s vision caught on quickly. By 2011, demand for her healthful and cruelty-free desserts was growing steadily and her career as a chef wasn’t showing any signs of slowing down either, so she brought her parents, Andre and Charlotte, on staff to take over daily operations.

“My mom, Charlotte, is the Director of Sanity and Morale, and my dad, Andre, is the Operational Manager,” Bothma said during the interview. “In South Africa, family is very important. Our family motto is ‘Saam,’ which is basically translated as ‘together’ in English… Owning a business together has its ups and downs, but being in this venture has taught us to appreciate each other even more.”

Selling HVB products not only in farmers markets and coffee shops, but also on a larger scale in In.gredients and Fresh Plus grocery stores, enables HVB to serve a much larger client base. It has also allowed them to adopt more foundational values, such as their commitment to use as many fresh, organic, natural, and unrefined ingredients in their foods as possible.

“We believe that there is a direct link between health and the quality of ingredients used,” said Bothma. “Our main focus is healthy, tasty, grab-and-go meals, but we also focus on healthy baked goods like cookies and biscotti. Grandma Ria’s Giner Snap Cookie has quite the following here in Austin!” Happy Vegan Baker doesn’t have its own storefront location. The team works out of a commercial kitchen in North Austin to fulfill online orders and cook delicious vegan food to sell at farmers markets and various eateries around town, including Bouldin Creek Cafe, Genuine Joe Coffeehouse, and Monkey Nest Coffee.

Through HVB’s website, you can order custom cakes, pies, cheesecakes, cupcakes, brownies, chocolate chip cookies, and oatmeal sammies, plus savory treats like Mac N Chz and Chick Un Salad. In 24-48 hours, your order will be ready for pickup or delivery — oh yes, you can have a vegan cheesecake brought right to your door — depending on the option you choose at checkout.

Circling back to discussing the family’s heritage, the Bothmas told us about their family’s non-electric dairy farm in Cape Town. There, they all worked closely with the animals, performing all of the necessary milking, processing, and bottling by hand. During this time, they formed strong bonds with the cows and the many other farm critters in their care, and it was this mutual respect that ultimately lead them to pursue plant-based diets.

The Bothmas went on to explain that, while they do miss living in Cape Town, they feel quite at home in Austin thanks to its sizable South African community, the support and camaraderie shared between Austin’s small food businesses, and the growing number of similarities between the two cities (excepting Cape Town’s centrally-located Table Mountain, of course).

“We do miss our family and heritage, [but] it’s hard to stay homesick,” said Bothma. “Austin and Cape Town have a lot of similarities: [in both places,] the local food scene is exploding, food trucks are really big, people support local farmers, the climate ensures an abundance of produce for a very long growing season, and the people are diverse and from all over the country.”

Was that your stomach growling? Don’t be a shy herbivore! Head on over to Happy Vegan Baker’s website to order something yummy for later or swing by the SFC Farmers Market at the Triangle (4600 Guadalupe St.; Wednesdays 3-7), at Sunset Valley (Toney Burger Center; Saturdays 9-1), or at Downtown (4th and Guadalupe; Saturdays 9-1) to snag some instant gratification in the form of Choc Mint Sammies or Lentil Shepard’s Pie.