Scratching your head over what movie you should see next? We’ve got a big idea! “Colossal“ just opened at Alamo Drafthouse, and they’re getting really creative about how to promote it. Here’s why that’s such a HUGE deal! 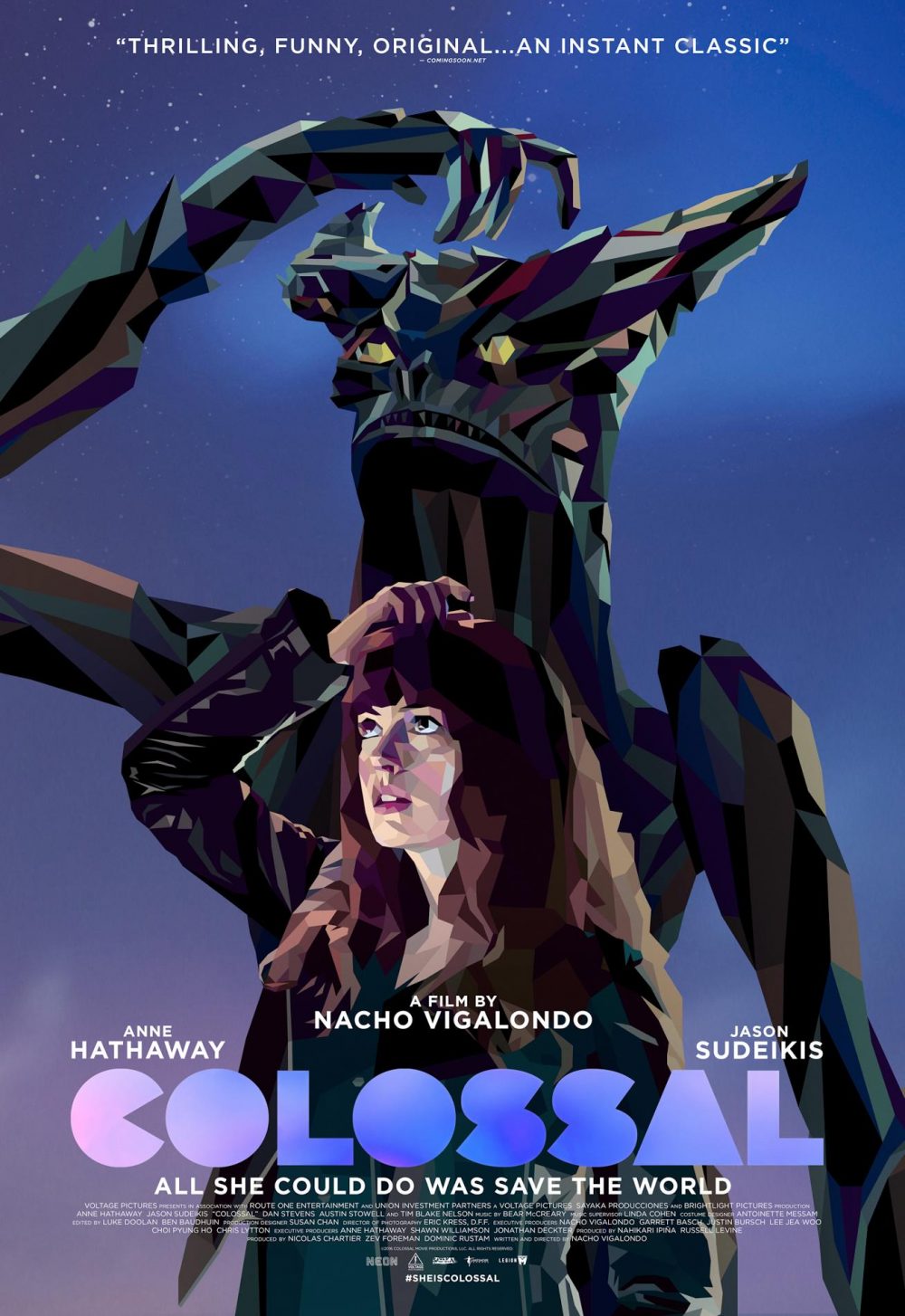 “Colossal“ stars Anne Hathaway and Jason Sudeikis, who play Gloria and Oscar. These childhood friends discover that Gloria is controlling a Godzilla-like giant with her actions. This movie will easily appeal to everyone, making it the perfect date night movie or movie with friends. Better yet, the good folks behind the Drafthouse had a hand in producing this movie, and you know how we like to support a hometown play for fame.

This Friday, April 14, and Saturday, April 15, you can channel your inner Anne Hathaway and control your own monster, or jump into an interactive photo booth. The photo booth will be running both evenings, and on Saturday morning from 9:30 AM – 12:30 PM you’ll be able to live out your childhood fantasy of becoming a life-sized Rock-Em Sock-Em Robot at Alamo Drafthouse South Lamar. In other words, yes, Austinites will be climbing into life-sized robot costumes and punching each other out! Who wouldn’t want to try that?!

Right, so, action, comedy, and giant monsters fighting giant robots… What more could you ask for, really? Well, the movie is not exactly for kids — we’re told it is very much a grown-up comedy — so a babysitter might hit the spot. Amazingly, the Drafthouse has you covered here too, and this is kind-of ingenious. They are offering a new program called “Movies with Childcare” for the showing of “Colossal” on Saturday, April 15, at 3 p.m.

Here’s how it works: All you have to do is drop your kids (ages 5-12) off at “Despicable Me” just down the hall from “Colossal.” The kids will be under the care of licensed nannies while you are watching Colossal, and if anything requires your attention they know what seat you’re in and will come get you immediately. You can even order their food and drinks before the show so the kids are all set. Then they stay in their theater watching cartoons after “Despicable Me” until “Colossal” is over, and then you go pick them up! If you think this is a great idea, better go support it or the Drafthouse might not keep putting these events on. Read all about “Movies with Childcare” right here for more information.

And if you can’t make it to the “Movies with Childcare” event, you can always check out the Colossal Dinner Party, featuring some of the best food you can get in Austin (let alone a movie theater). You can purchase tickets for the showing on Tuesday, April 25, at 7 p.m. and receive a Korean or American-inspired dinner brought right to your seat during the film!

All deals are at Alamo Drafthouse on South Lamar, 1120 S Lamar Blvd, Austin. Don’t miss out! Watch the trailer for “Colossal” below.