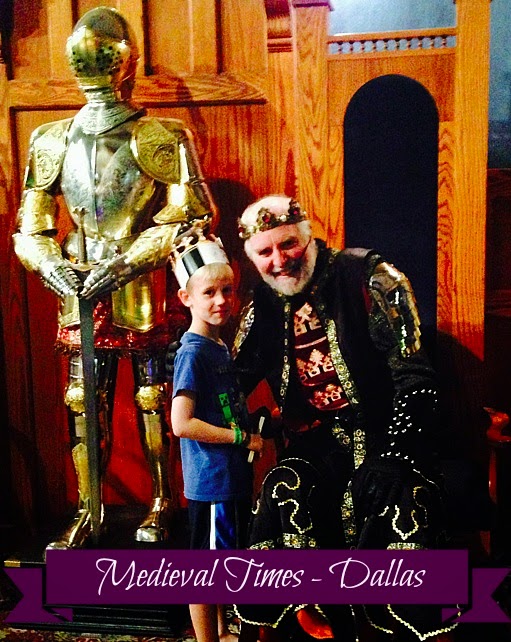 I love the Renaissance Festival and I love dinner theatre, so it’s no big surprise that I thought dining in the Medieval Times castle was the absolute best way to cap off a weekend away in Dallas.  Can you really beat devouring a four-course 11th century feast with your hands, while cheering on your very own knight as he competes in a royal tournament?  Nope. You can’t. 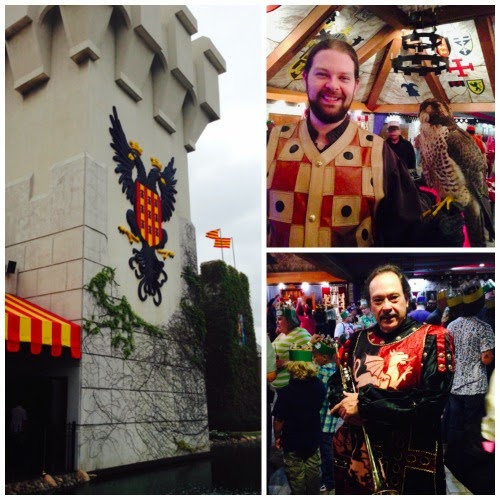 We arrived at the Medieval Times castle an hour before the start of the show, which I recommend if you want to get the most out of your experience. While waiting to be seated, we milled around the main hall, interacting with costumed characters who referred to us as “m’lord” and “m’lady.” During this interactive pre-show, we met The Royal Falconer with one of his mighty birds of prey. We chatted with a Royal Musician, whose job was to trumpet the arrival of the king. My boys had their photo taken with the majestic King Carlos.  And, to my sons’ delight, I bought them wooden daggers and swords. 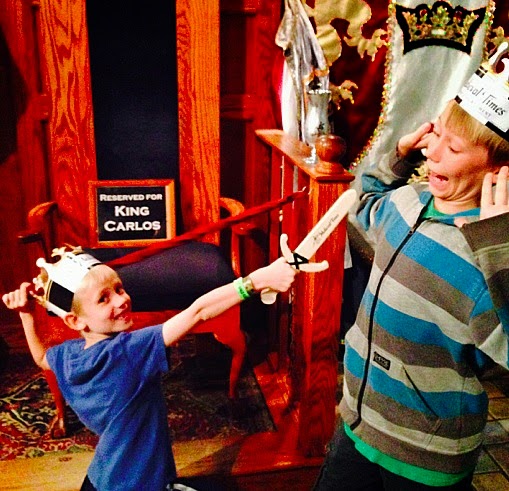 From the moment we took our seats in the arena, dramatic lights, music and fog drew us in to the story. We were transported to medieval Spain where, as guests of the King, we enjoyed two hours of jousting, swordsmanship, hand-to-hand combat, displays of extraordinary horsemanship and falconry. 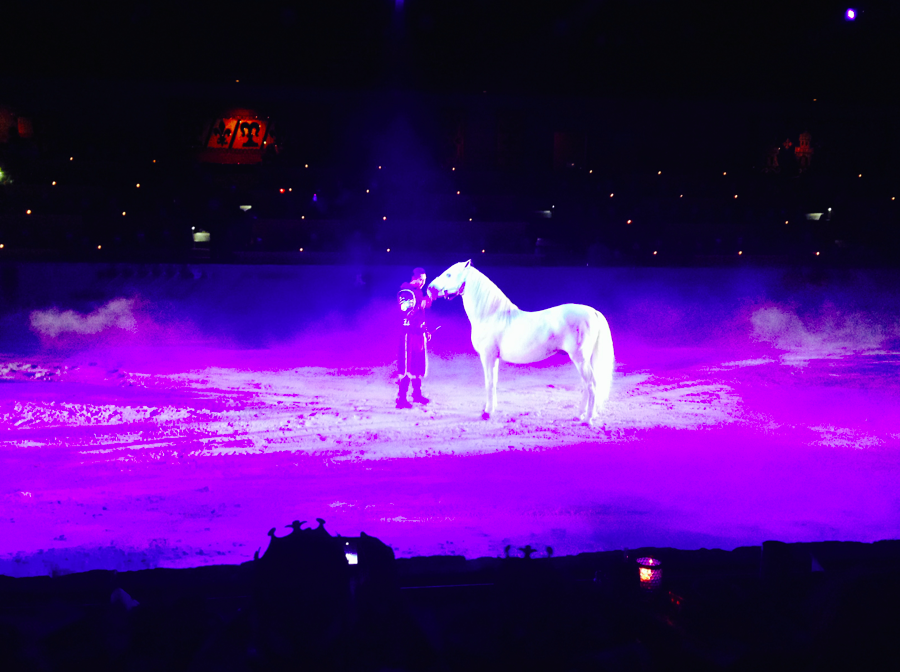 While dining on roast chicken, spare rib, and herb-basted potatoes, my boys cheered and hollered, waving their Medieval Times flags as sparks flew from the swords clashing below. The show was a nice mix of showmanship and action, loosely bound by a royal storyline, complete with a bad guy! When our knight was victorious at the end of a stage fight, my 6-year-old was on his feet screaming, “I can’t believe our guy won!! Yes! Yes!” 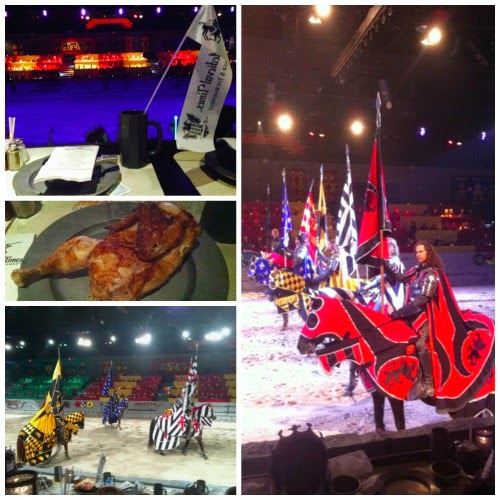 The Medieval Times dinner show was a wonderful way to spend an evening together as a family.  The food was delicious and my boys were entertained by our waiter insisting that each dish was part of a dragon. They gleefully wolfed down their dragon scales (garlic toast) and asked for more dragon spit in their cups.  I appreciated the fixed menu, with the first course arriving soon after we took our seats. It was a relaxing way to enjoy a meal (no decisions to be made!) and my kids were entertained for the duration of the dinner show.
For more information and to purchase tickets, please visit the Medieval Times website.
Medieval Times has generously provided Free Fun in Austin with a prize package valued at $280+ to give away!
For your chance to win four tickets to attend a Medieval Times show and a swag bag, please complete the form below.  By submitting the form, you are agreeing to the Sweepstakes Official Rules. The giveaway will close at 11:59 p.m. on Monday, November 17, 2014. One winner will be selected using random.org and notified by email.
If you cannot see the form below, please visit the original post to enter.

Disclosure: Medieval Times provided my family with complimentary tickets.  I was not paid to write this review. All opinions are my own.