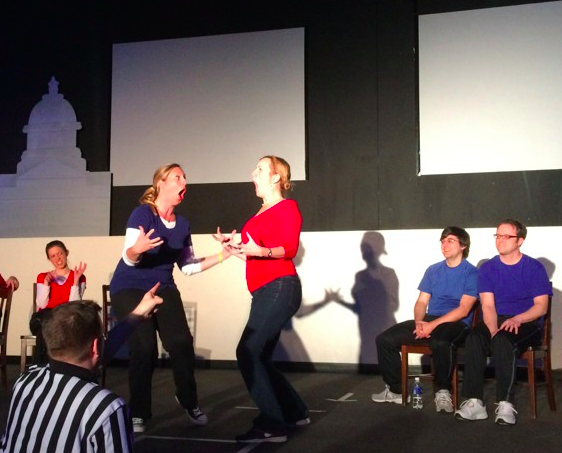 When my now-big kids were little, they loved Flying Theater Machine, the improv comedy troupe that performs silly shows each week at The Hideout Theatre. We used to head downtown on Sunday afternoons to watch wildly imaginative fairy tales spin out of control, thanks to the (mis)direction of the young audience. My kids would yell out crazy suggestions and dissolve into giggles watching their ideas come to life onstage.

But, those littles have grown and the last time we attended a Flying Theater Machine show my middle schooler felt a bit out of place as the oldest in a mostly elementary-age crowd.  I was bummed to think my older kids may have aged out of the family-friendly improv scene.

Enter Friday Night Live, a brand new comedy show at Austin’s Park ‘n’ Pizza.  Billed as a friendly comedic competition similar to Whose Line is it Anyway? the fast-paced, interactive show is put on by the Comedy Spartans, an improv troupe that now calls Austin’s Park home.

I wanted to give this new show a whirl, but wondered:

I decided to set my reservations aside (when I read that a Friday Night Live ticket includes dinner), braved the cold, and took my three oldest kids to the show on Friday. Fast forward to later that evening. My 12-year-old said, “I’d give that show a three-word review: It was awesome.” 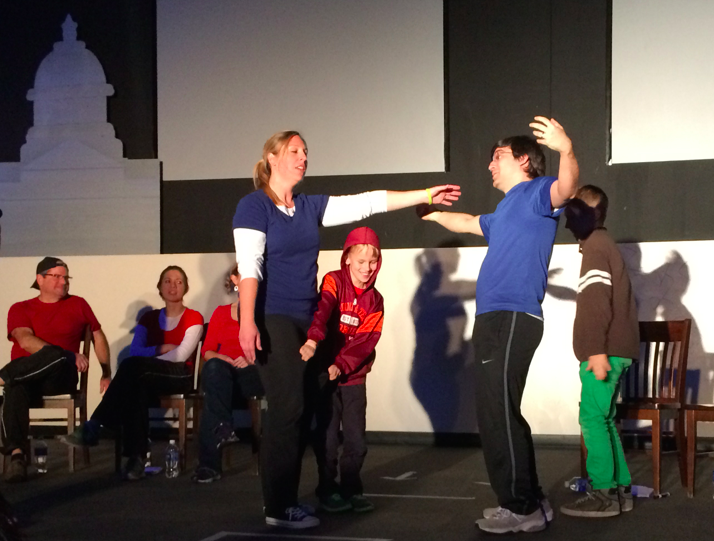 And it was. Even the 14-year-old said so (which is big!). We laughed, we shouted suggestions, we got volunteered by our children to go up onstage (ahem), and we laughed some more. It felt like we were all playing a big, rowdy game in somebody’s living room. Except, you know, it was Austin’s Park’s living room. 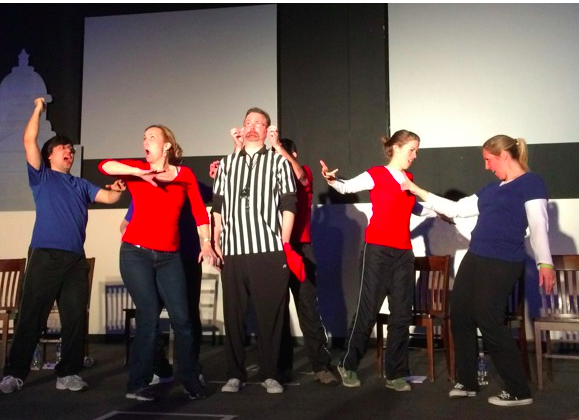 Here’s how my concerns panned out:

Friday Night Live with the Comedy Spartans happens every Friday night (excluding March 20, 2015) at Austin’s Park. Doors open at 7 and the show starts at 7:30 p.m. Tickets are $9.95 per person and include Austin’s Park’s all-you-can-eat dinner buffet and drinks (until 8 p.m.). Beer and wine are available for sale.

My kids enjoyed Friday Night Live so much, I asked the folks at Austin’s Park if I could give away some tickets!  So here you go, a chance to win 5 tickets to the show on Friday, March 13, 2015 at 7:30 p.m. (a $50 value). To enter, simply fill out the form below. One winner will be selected at random on Sunday, March 8, 2015 and notified by email. Sweepstakes Official Rules.

If you can’t see the entry form, please visit the original post to enter.