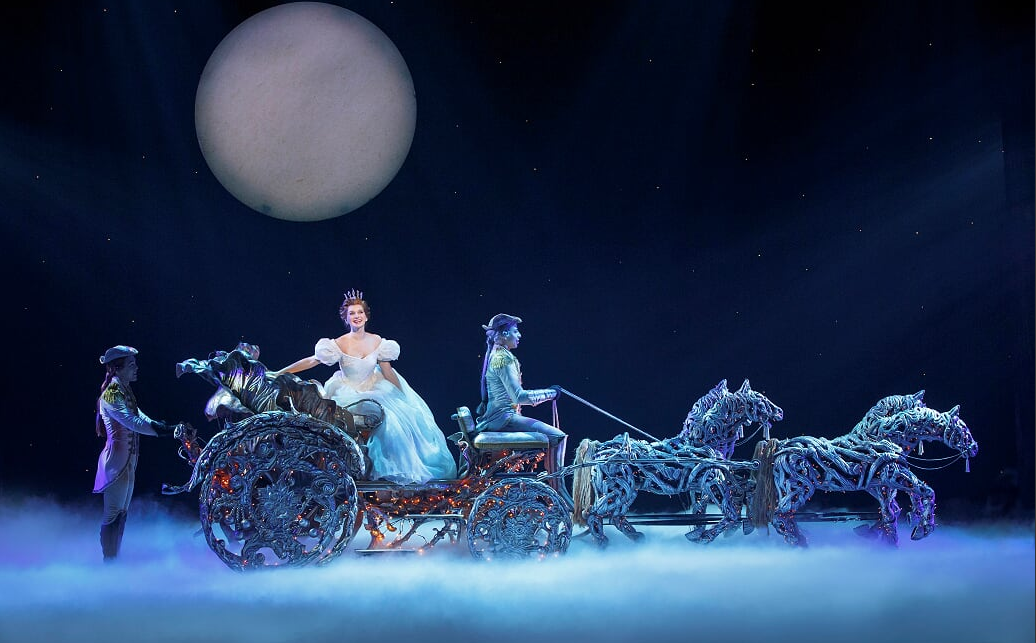 RODGERS + HAMMERSTEIN’S CINDERELLA, the 2013 Tony® Award-winning Broadway musical from the creators of The King & I and The Sound of Music, will play the Bass Concert Hall for a limited engagement from December 6-11, 2016. 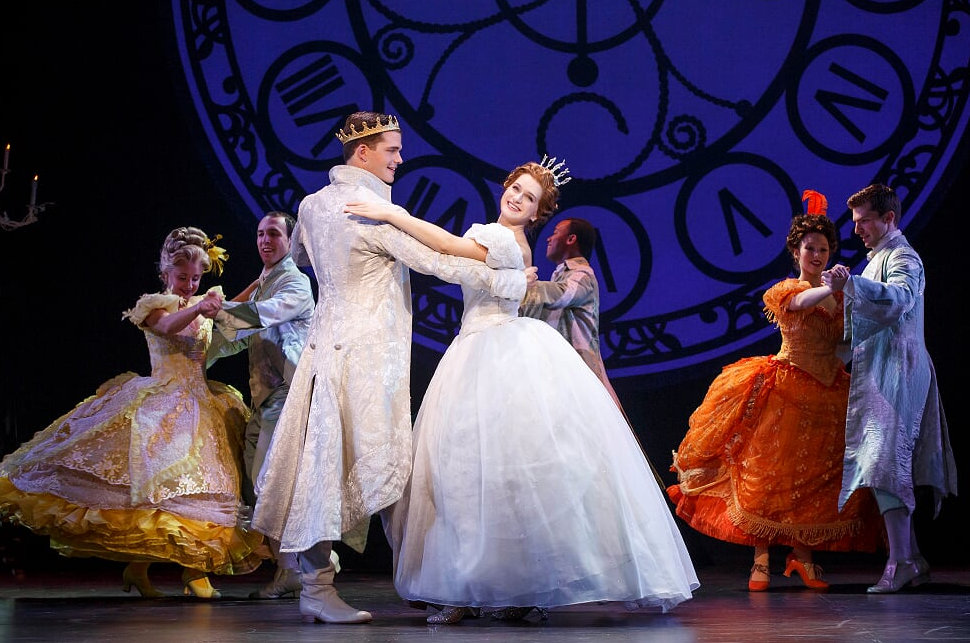 Broadway in Austin is bringing the Rodgers and Hammerstein musical CINDERELLA to Bass Concert Hall for the touring production’s only 2016 stop in Texas. In anticipation of Opening Night on December 6, we asked actor Hayden Stanes, who plays the prince in CINDERELLA, to answer a few questions. Read why he’s happy to be back in Austin, then enter to win tickets to see the show!

We are so excited to welcome the cast of RODGERS + HAMMERSTEIN’S CINDERELLA to Austin. You’re only about a month into an eight-month tour, is that right?

Thank you for the warm welcome; we’re excited to be in Austin! I have family in Houston, and one of my favorite road trips… ever… was to this fun and diverse city. It’s great to be back here, touring with CINDERELLA.

Has life on the road surprised you at all or are you still in the honeymoon phase?

We’re actually almost done with our second month on the road; that’s not including our rehearsals in NYC and our technical rehearsals in South Carolina. Time sure has flown by. Life on the road has been not so much a surprise as a series of gradual adjustments. Adjusting to eight show weeks, living out of two suitcases, making your hotel room feel like your own space, maneuvering through travel days at the airports or for hours on a bus…. But I’d argue that constantly moving around and seeing parts of this country I’ve never been to before has been exciting and eye-opening. And bringing the positive and important messages of CINDERELLA to all these different communities has been incredibly rewarding.

Is there anything you’re looking forward to doing (or eating) while you’re in Austin?

Well, I’m excited to keep Austin weird! Was that right? Did I say that right? Ha. Really though, I can’t wait to explore Austin more…. I’d love to rent a bike and ride around Austin. Maybe explore the Capitol a bit more? And yes, I’ll DEFINITELY have to find a great barbecue joint. (Any suggestions are appreciated!) I remember when I was here last I went to Banger’s Sausage House and Beer Garden, which I’ll have to visit again. (It was SO good!)

My agent had submitted me for this project in January of this year, and soon after I had my first appointment audition in front of the casting director and a couple associates. I then attended a series of callbacks, involving different members of the creative team each time, culminating in a final callback with the entire creative team, where we danced with different partners, sang and read various sides. It was a long process, but the casting directors and creative team were positive and supportive along the way which helped ease the audition stress.

The day of my final callback was an eventful one, because along with trying to book this awesome gig, I had to get my butt to LA and into a seat on a flight to Sydney and eventually to Adelaide in South Australia for my brother’s wedding! I pushed my flight to Australia back a day to attend this final callback, and knew that I could not risk missing a single flight. After my final read, I ran a few blocks down 8th Avenue to Penn Station with my suitcase and my jazz shoes still on. (I didn’t have time to change!) I ran through security and made it to my plane when they were on the second to last group boarding. It was all very stressful, but exciting too. And right before we took off from the tarmac, my agent texted me and said, “Glad to hear you made it safely… it all paid off!” I couldn’t believe it! I was overjoyed. 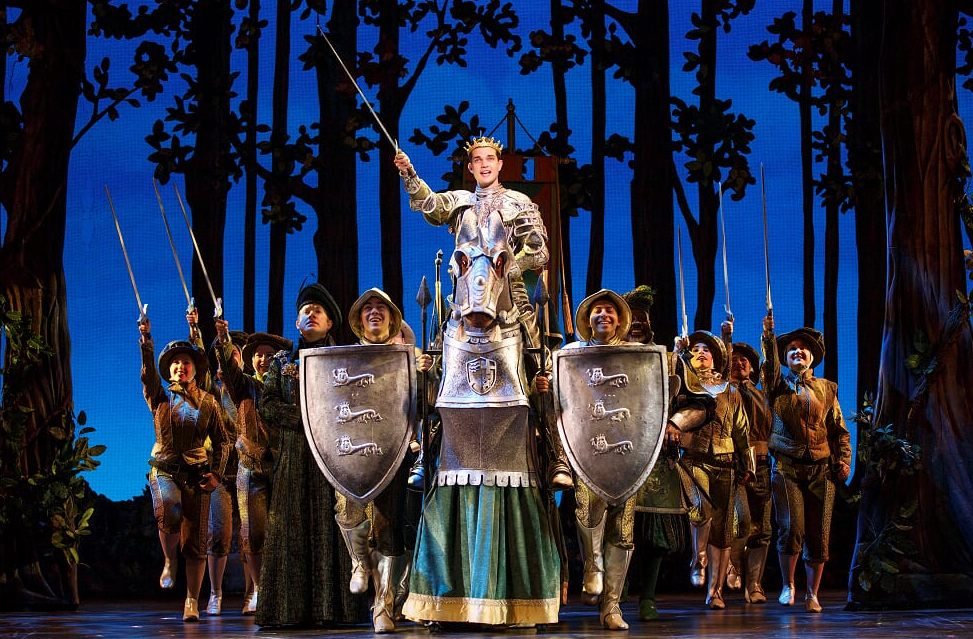 Did performing with Disney Cruise Lines prepare you at all to play this role?

Performing with Disney Cruise Lines did help me prepare for this contract, yes. DCL challenged me to be a more consistent and honest actor, and helped me build my endurance as a performer. However, my time with DCL didn’t help me prepare for THIS role, specifically. This version of CINDERELLA is not the Disney version, but rather Rodger’s and Hammerstein’s CINDERELLA. Though there are still qualities of Disney’s Prince Charming in the character of Topher, he has been much further detailed in this version, thanks to the book update by Douglas Carter Beane. No longer is this prince the dashing hero who single-handedly saves the day and rescues the damsel from distress, but rather he is a more relatable, contemporary guy who is constantly questioning and learning what it means to be a wholesome leader, all while falling in love with Ella and having her open his eyes to the injustice in his kingdom. It is much more stimulating and enjoyable to perform as a character who has a large arc of a journey from where he starts at the beginning of the show to where he ends.

What updates to the original can we expect from this new version of Rodger’s + Hammerstein’s CINDERELLA?

In addition to a more developed characterization of the prince, you can also expect the same treatment for each character in this new version of Rodger’s + Hammerstein’s CINDERELLA. Topher, Ella, The Fairy Godmother, The Stepmother, both stepsisters – they have all been illustrated with more exciting colors, which help to build each relationship on stage so that there is something more for the audience to connect to. There are even additional characters, like Sebastian and Jean-Michel, who excite the plot and help develop some of CINDERELLA’s important messages of positivity and tolerance.

You can expect new magical effects with some of our amazing costume and technical transformations that happen on stage, right before your eyes. You can expect new twists in the plot. You can expect to hear the beauty of R+H’s original score, with some new and exciting updated orchestrations. You can expect to fall in love with the stunning choreography, which remains the same as it was originally set on Broadway but with some new additions to this tour. But what you may not expect are the simple-yet-powerful and completely relevant messages anyone can take from this show. It’s an honor to bring such varied messages of kindness, resilience, magic, love, and honesty to audiences around America, and I hope people in Austin enjoy falling in love with CINDERELLA as much as we continue to each day. 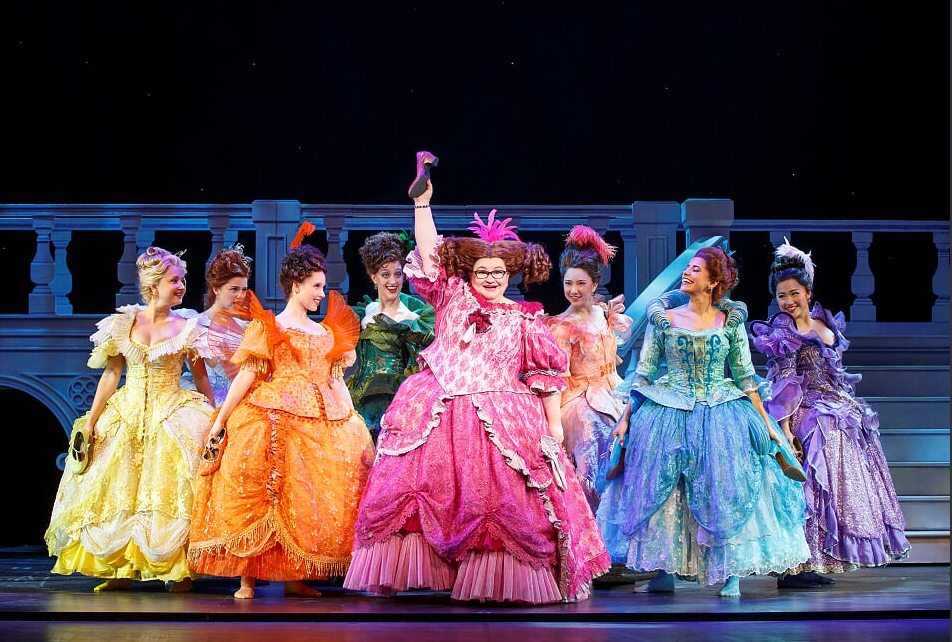 With its fresh new take on the beloved tale of a young woman who is transformed from a chambermaid into a princess, this hilarious and romantic Rodgers + Hammerstein’s CINDERELLA combines the story’s classic elements – glass slippers, pumpkin, and a beautiful ball along with some surprising twists. More than just a pretty face with the right shoe size, this Cinderella is a contemporary figure living in a fairytale setting. She is a spirited young woman with savvy and soul who doesn’t let her rags or her gowns trip her up in her quest for kindness, compassion and forgiveness. She longs to escape the drudgery of her work at home and instead works to make the world a better place. She not only fights for her own dreams, but forces the prince to open his eyes to the world around him and realize his dreams too.

Tickets for CINDERELLA are on sale now at BroadwayinAustin.com, the Bass Concert Hall box office, all Texas Box Office Outlets, and by phone at (512) 477-6060. 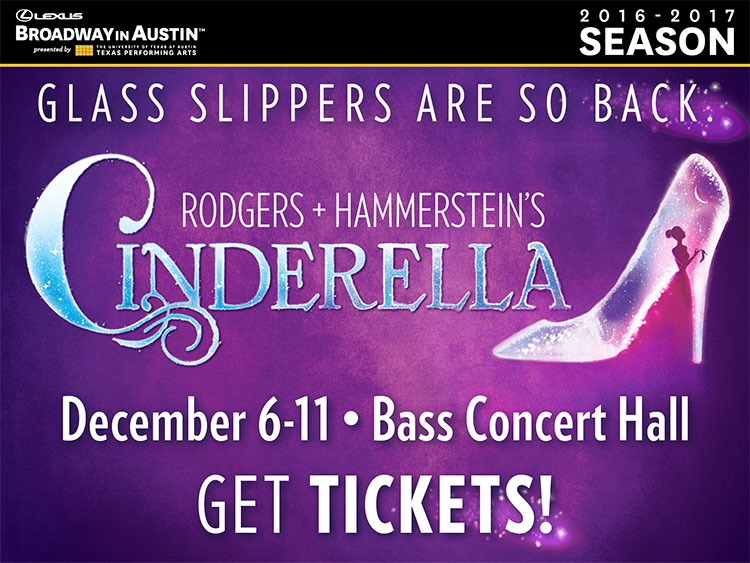 Enter for a chance to win a pair of tickets to RODGERS + HAMMERSTEIN’S CINDERELLA  for Opening Night, Tuesday, December 6, 2016 at Bass Concert Hall on The University of Texas campus.  The winner will be notified by email on Monday, November 28 with ticket pick-up instructions. Prize will not be mailed. One entry per person, please. No purchase necessary.