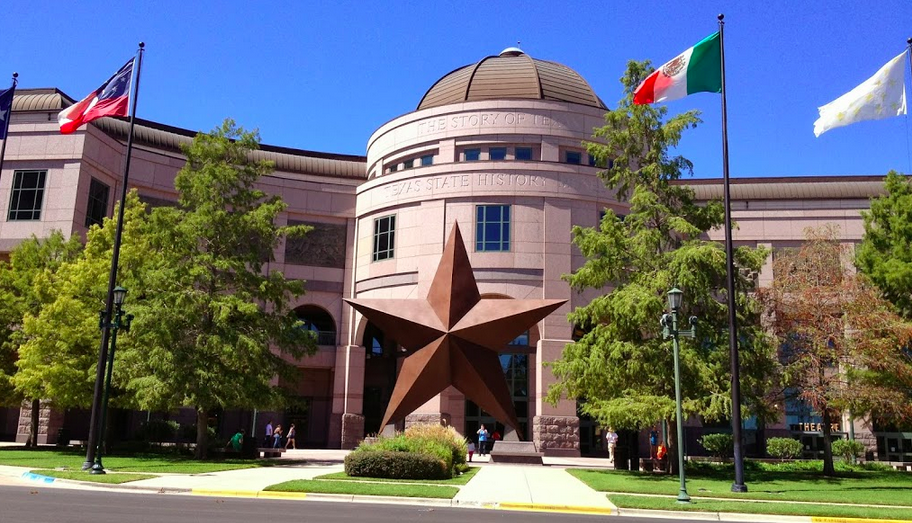 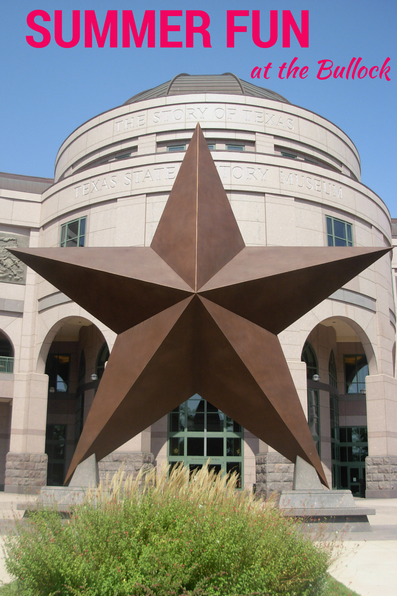 I love the pool as much as the next person, but there are many days during the summer when I just can’t do it anymore and need some relaxing time inside, in the air conditioning. The Bullock Texas State History Museum is a fun outing, and lucky for us, the Museum has a lot of special summer programming! 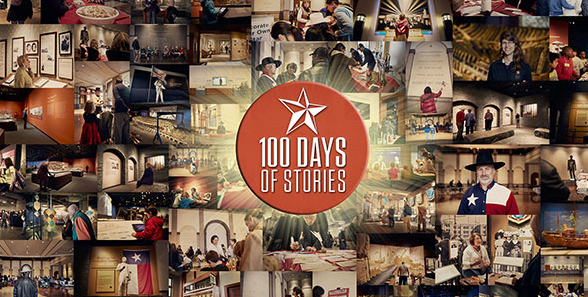 The Bullock has you covered this summer with 100 Days of Stories, which lasts through September 7, 2015, and gives you and your family the opportunity to learn the many stories of Texas, as you think about your own. Family programs are offered three times a week, all summer long.

From the artistry and richness of African American visual storytelling, to the colonization of Texas by French and Spanish explorers, to the majesty of humpback whales and the innovation of flight, exhibitions, films, and events at the Museum this summer will give everyone in your family something to do, every day, all summer. The museum includes three floors of exhibitions, an IMAX® theater, a 4D special-effects theater, café, museum store and plenty of on-site parking.

Here are some other cool things taking place at the Museum this summer:

Music Under the Star

This summer, the Bullock has partnered with the Fun Fun Fun Fest to bring you free concerts featuring local talent. Bring the whole family, your camp chairs and blankets and enjoy this special lineup of Texas artists, who will perform on the Museum’s Lone Star Plaza from 6-9pm.

Enjoy FREE exhibit admission all day during Free First Sundays, held the first Sunday of every month. Families can explore the Story of Texas through three floors of exhibits that showcase artifacts from around the state. Special family programs from 12-3 p.m. combine art creation, presentations by partner organizations, and gallery activities.

We recently had the chance to visit the Bullock. Since we have been to the Museum many times, we passed quickly over the Texas History Galleries and went to see how work was coming on La Belle, the remains of a French ship which was lost at sea off the Texas coast for 300 years. On May 21st, the ship moved from the temporary gallery to its home in the permanent galleries. Right now, you can view the ship from the second and third floor balconies. I think I could have watched the conservator for longer, guessing what mysteries he was trying to unearth about the ship, but my son was eager to press on.

Beginning on August 8, 2015, visitors can get an up-close look at the rebuilt ship and more than 40 original artifacts when this new exhibit is complete. We really enjoyed the chance to learn more about the story of French explorer La Salle and his adventures in the New World as we watched the 4D movie, Shipwrecked, which is showing daily at the Museum’s Texas Spirit Theater. The film is 26 minutes, and is told from the point of view of a young boy who was one of the shipwreck’s survivors. The film’s “immersive” experience was a surprise for my 9-year-old, who had never experienced a 4D film before. We definitely walked away with a better understanding of the hard times these early settlers faced.

Speaking of the Texas Spirit Theater, all summer long, the Bullock Museum is presenting a bi-weekly Summer Free Family Film Series. These programs are free and open to the public. You will find some old favorites, and discover some soon to be. With titles from all over the globe, there is a bit of something for everyone. Each film screens from 2-3:30 p.m. Although these screenings are free, each attendee should get a ticket from the front counter prior to making their way to the Spirit Theater.

August 8: Song of the Sea

We also spent some time at the Roller Derby exhibit, which is on the third floor of the Museum until August 9th. The exhibit traces the rise of the sport, from the 1930s to the present. I found a lot of it very interesting, as I have several friends who have been a part of the local leagues, and I think my kid’s favorite part was the Derby Name Generator.

Reflections is on the first floor and offers an intimate view of African American life and culture through a broad range of 20th century art. And Still We Rise opened on June 19th, just in time for Juneteenth, and runs until August 30th. The exhibit features works by contemporary artists from the Women of Color Quilters Network and narrates nearly four centuries of African American history from 1619 through today.

We caught a screening of the Humpback Whales 3D documentary. Both my son and I learned a lot about these whales, and were surprised about how little even scientists know about these huge creatures. As always, the footage was stunning and was a little loud at times (just as a warning for those of you with sensitive kids). Several other documentary and feature-length films are also showing at the IMAX. Although the museum isn’t overwhelming in size, it’s nice to take a break from the exhibits to watch a short film and munch on a little popcorn in the process (there is actually plenty to choose from in the concession area).

For more information, including admission prices and Museum hours, be sure to visit the Bullock Museum website.

Free Fun in Austin has four admission passes for the Bullock Museum to give away! For your chance to win, simply fill out the form below. One winner will be selected on July 28, 2015. Prize will be mailed. Your mailing address will not be shared. Sweepstakes Official Rules.

Listen to Music Under the Star at Bullock Texas State History Museum is on the July Summer Fun Checklist for Kids! Be sure to check it off your list if you go!