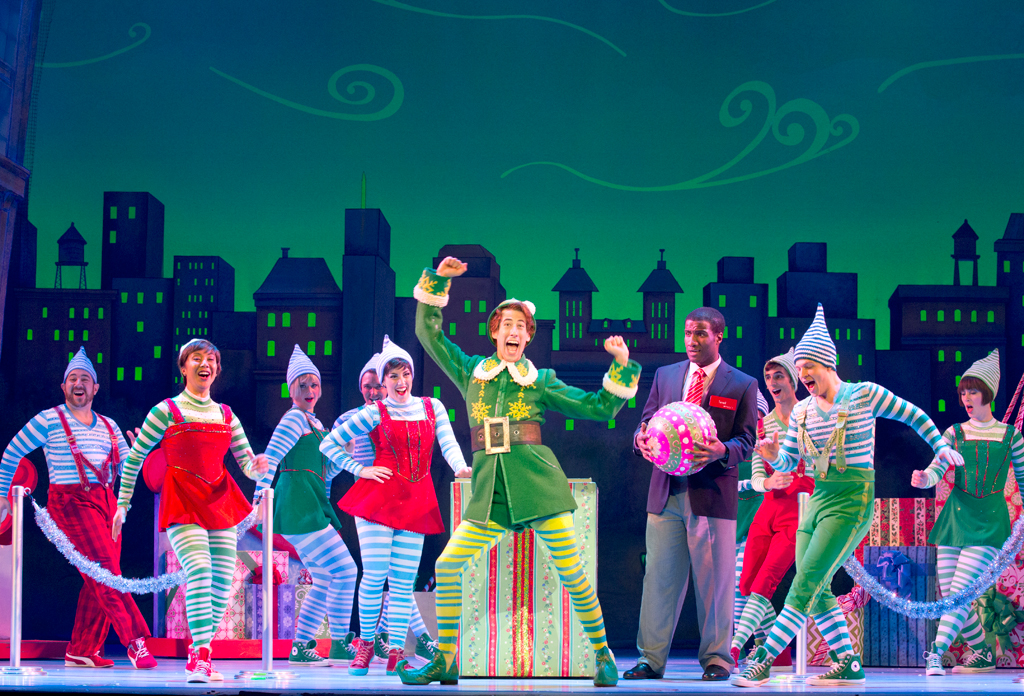 You might be rolling your eyes about the fact that we’re publishing a Christmas-themed article in November, but whoa there. Before you begin comparing us to all of the retail stores who stocked their shelves with holiday decorations the minute the clock struck midnight on Halloween night, consider this: three out of four of these must-see Austin Christmas plays actually start in November!

So, if you’re in a festive mood — even before Thanksgiving — here’s where you should go: Inspired by Baz Luhrman’s Moulin Rouge, ZACH Theatre’s Dave Steakley set out to create a playful and wholesome Christmas musical that featured popular rock songs that have been reinvented and incorporated into that classic Dickens story, A Christmas Carol. Now, after two years of scheming, Steakley’s show has been deemed stage-worthy and is scheduled to run from November 26 to December 28 at ZACH.

“My wish in embarking on this journey was to create a version of this beautiful story specifically for Austin families that reflected our community and our values,” said Steakley. “The parable of Scrooge is a good reminder for all of us to spend our time wisely, to be good and generous stewards of our community, to celebrate the love in our family or family of choice, and to rejoice in second chances to begin anew with the conviction of our heart leading the way.”

And if that doesn’t make you want to attend this performance, well then maybe you should have starred as Scrooge!

Now that you’ve let that sink in, answer us this: can you think of anything more heartwarming than watching a troupe of incredibly talented New Yorkers sing and dance the story of our favorite happy -go-lucky elf, Buddy, as he navigates the Big Apple in search of family, identity, and ultimately, the real reason for the season? Neither can we. Elf: A Musical has been touring the nation since November 7 and it’s coming to our very own Dell Hall on November 28-30 in all of its big budget glory.

Despite the show’s definite appeal to kids and families, the Long Center’s marketing director, Wendi Reichstein, assured Austin.com that this big-budget musical is for anyone and everyone. “Anyone who has seen the 2003 Will Ferrell Elf movie knows it is hilarious no matter how old you are — and the musical works the same way,” said Reichstein. “It’s a combination of holiday cheer, Broadway glitz, and the familiarity of the popular movie that makes it a hit for all audience members!”

Even better, one of Austin’s homegrown talents, Marie Lemon, is part of the all-star ensemble. So there’s basically no reason not to buy a ticket. Not one. If you’ve never seen a one-man show, then you’re in for a crazy ride with ZACH Theatre’s new Christmas production, This Wonderful Life. The play, which has been adapted for the stage from the popular film classic It’s a Wonderful Life , will follow award-winning actor Martin Burke in the role of… well, everyone!

It’s true. Burke will portray 37 different characters throughout the show, and he could probably do it with his hands tied behind his back. Don’t expect gimmicky impersonation act, though — in an interview with Arts + Culture, Burke says the show is actually very moving.

“[George Bailey] is a man that is given a great gift, a chance to see what the world would be like without him,” Burke said. “I like to remind myself of that as often as possible — that I’m where I should be, doing exactly what I should be doing and not pining for a life that could have been.”

“This isn’t just a Christmas movie. This is the American story of how seemingly ordinary choices add up to extraordinary lives,” said director Richard Robichoux. “Each action has meaning in our lives and deep importance in the fabric of our families, our neighborhoods, and indeed, the world. It truly is a wonderful life.”

If that sounds like a blessed truth you’d like to rediscover right along with George Bailey, then go see This Wonderful Life at ZACH sometime between November 28 and December 28. You won’t regret it!

The Nutcracker may be an oldie, but it will always be a goodie! From December 6 through 23, after Broadway has packed up and gone, Ballet Austin will team up with the Long Center to present this timeless holiday classic — which happens to be Ballet Austin’s specialty since the show is in its 52nd year! Ballet Austin’s marketing director, Julie Loignon, told Austin.com that while director Stephen Mills has maintained much of the traditional “feel” of the original Nutcracker story, he reinvents sections of the show every year to keep things fresh.

“The story of The Nutcracker is quite old, but Stephen Mills’ production was created in 2000,” said Loignon. “As long as people continue to value family, the holidays, and tradition, The Nutcracker will continue to bring joy and relevance to contemporary audiences. Who doesn’t enjoy a story of a young girl saving the day?”

For diehard Nutcracker fans, The Long Center is also hosting a jazz adaptation of the classic called “Of Mice and Music,” which will run from December 11 to 21, courtesy of Tapestry Dance Company. We dare you to see both shows!

Each of these four Austin Christmas plays has been painstakingly prepared by some of our most musically and theatrically talented Austinites, so we’re pretty sure that attending even one means that you’re guaranteed to get a hearty dose of glee, a kick in the pants, a sense of belonging, hope — whatever it is that you need this holiday season.

And you know what? We’re betting that Santa will convert your name over to his “Nice” list if you see all four. Happy holidays from all of us here at Austin.com!

Featured photo: A scene from Elf: A Musical. Courtesy of the Long Center.