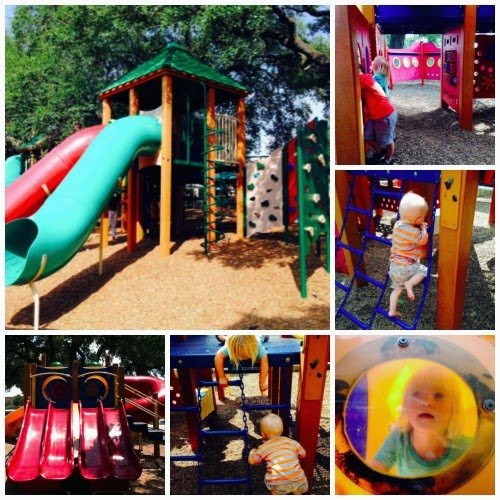 Fun and Sun at the Southpark Meadows Playground

If you’re like me, you’ve spent half this summer in search of places where your kids can play outdoors without everyone melting in the summer heat. On a recent sunny afternoon, I took my little ones to the playground at Southpark Meadows in hopes that it would offer both fun and shade for everyone.

According to my car’s thermometer, the outdoor temperature was 97 degrees as we drove to Southpark Meadows. If you’ve never been to this shopping center located on the southbound side of I-35 at Slaughter Lane, be forewarned — it can be intimidating in its enormity. Seriously, I’ve been there many times, and I still have no idea where to enter the sprawling complex when I’m looking for, say, the Super Target. Which, you would think, would be easy to find, as its very name suggests a really big, well, target. But I’ve spent many frustrating minutes circling around the extensive Southpark Meadows parking lots, searching for my destination.

The Grove at Southpark Meadows; image from SouthparkMeadows.com

Of course, you may be better with geography than I am, and if not, no problem — here’s a handy map of the entire shopping center. (Gee, wish I’d known about that map a long time ago!) See that area, right smack-dab in the center, called the Grove? That’s where the playground is located. It’s surrounded by Jason’s Deli, Waterloo Ice House, and several other restaurants, making it a great spot for families to visit, whether you’re waiting for a table or enjoying your dinner on one of the restaurants’ patios.

Like I said, when Pearl, Zephyr, their grandparents and I visited, it was 97 degrees out. And I have to admit, though much of the large playground is shaded by big, lovely oak trees… Man, it was hot out there. Not for the kids; they didn’t care at all as they clambered all over the playscape and enjoyed bouncing in the spring-mounted fire engine. But for us older folks, ugh. Even sitting in the shade while we watched the kids play felt stifling. 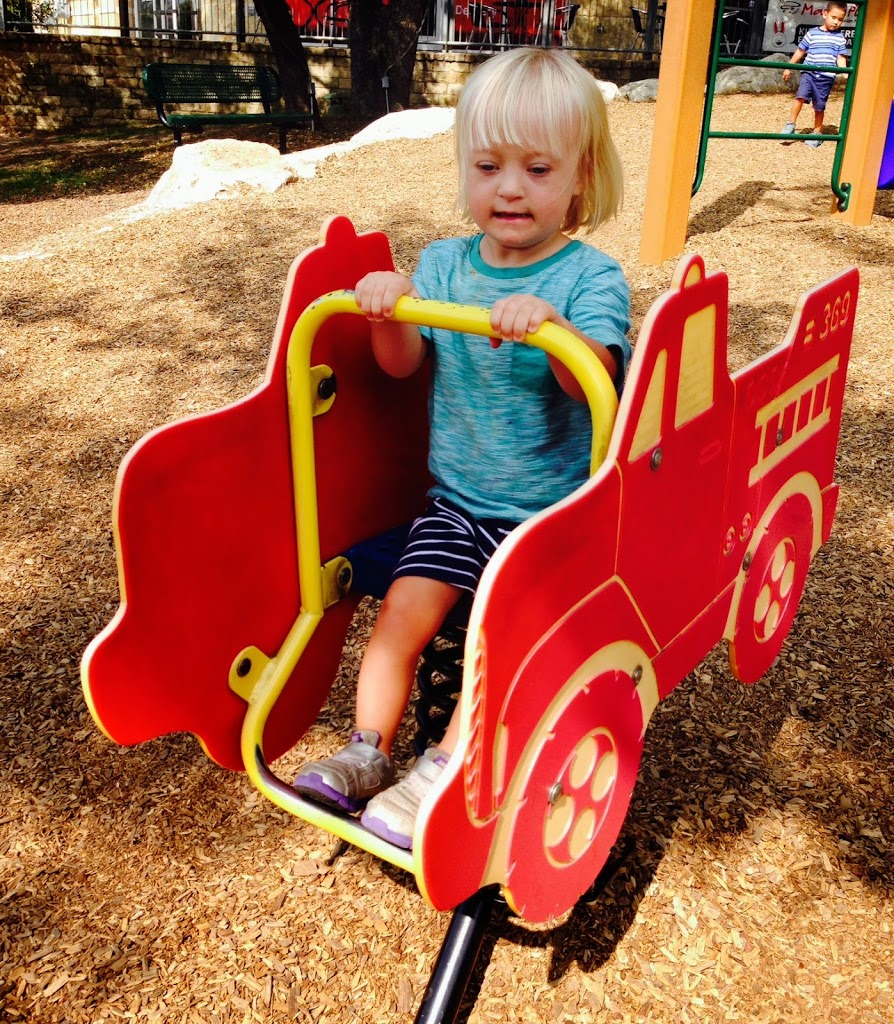 There were at least two huge playscapes in the playground, and maybe more — the area is pretty big, and we didn’t explore the whole thing. There are also other, smaller places for kids to play, such as the little spring-mounted vehicles.

My kids are still little enough that I can’t just let them run wild through the playground while I kick back with an Ice House margarita; I still have to be out there with them, making sure they don’t tumble off the side of a slide or something. (Plus, according to the posted playground rules, kids must be accompanied by an adult at all times.) So, while I have high hopes that this playground will be a great spot for my family to visit again soon, I think we’ll wait till the temperatures come down, at least a little.