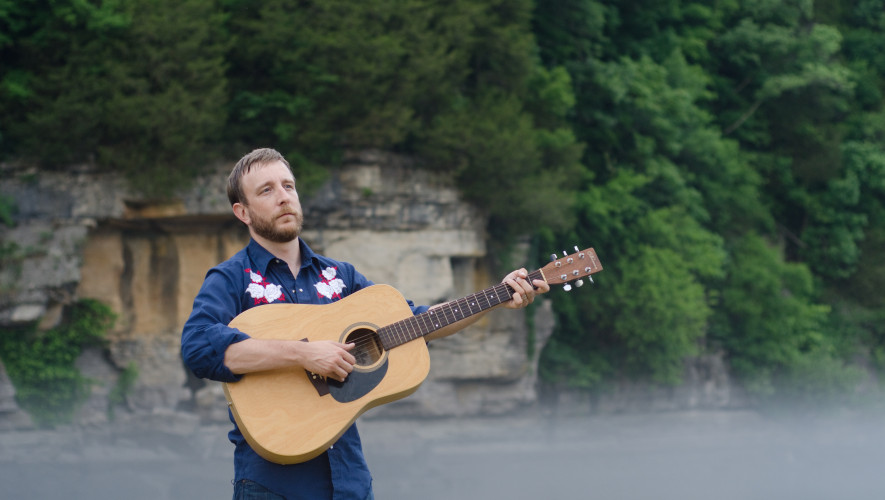 Nick Beaudoing is a Texas man at heart. Although he hails from Dallas, these days Nick calls Nashville home thanks to a career path in music that he followed right across the Tennessee city’s southern border. But that begs the question: If you’re a musician in Dallas, why go to Nashville when Austin is so much closer? What is it about the Nashville music scene that Austin can’t match?

We had to find out what sets these two great American music centers apart. Thankfully, Nick’s band Runner of the Woods was in town recently, so we asked him before they played a live show at The White Horse. The answer, from the perspective of someone who would have logically picked Austin but just didn’t, was rather surprising.

So, what is the biggest difference between Music City and the Live Music Capital? Beaudoing explained that Nashville “has the business side covered, but Austin has the music fans.”

“Music City is overflowing with talent, particularly in terms of pickers,” he added. “The pool of amazing guitarists, fiddlers and singers is otherworldly.  In terms of audience however, Austin is so hard to beat.”

It’s not just any kind of music fan he’s talking about, either. Beaudoing was referring to the diehard music lovers who regularly pay for shows and really like to have a good time.

“It’s impossible to overstate the importance of dancers [in the crowd],” he went on. “That’s one reason why I really love the White Horse [in Austin]. While Nashville has an overabundance of musicians who perform for a living, It is Austin that has the fan side covered.”

Of course, it’s easy to tout Austin’s selling points, particularly from the perspective of someone who is just visiting, but Beaudoing’s observations on the Nashville scene weren’t as rosy. Some might even interpret them as a warning to the ever-growing Live Music Capital from someone well versed in the only music town in the world with more claim to fame than us.

“In Nashville, the pay [for live music] — if it exists at all — is very low,” he said. “The general populace is a bit weary of live music, so you can’t always count on people to come out.  That said, picking parties are always happening, so there’s a lot going on under the radar if you’re in the know. Dancers are much less common [at Nashville concerts], but Texans like myself are happy to spread that gospel.”

While concertgoers dancing up a storm may be less common in Music City, they certainly came out for Runner of the Woods in Austin recently. The whole dance floor at The White Horse was full of people having a great time, and it’s easy to see why. Thirsty Valley, their latest album, is a country-folk record that kicks off with a lot of rock and pop energy, but gradually mellows into a nice country twang that doesn’t fully commit to genre tenants and stands on its own as a unique sound.

While Nick and his band mates love visiting and performing in Austin, they did not come here to talk trash about their hometown. These guys adore Nashville almost as much as they love music, but they’re smart enough to know that both cities have a lot to offer musicians.

“I love living in Nashville and visiting Austin,” Beaudoing said. “That’s really the best of both worlds because the cost of living in Nashville is still manageable, and you can hop into a van and hit a lot of different regions, including Texas. But when you can pull into Austin, [you know it’s time to] eat some great food and experience a music-loving crowd. By the time the traffic starts getting me down, we’re driving back the green hills of Tennessee. It’s a win-win.”

Here’s a live version of “Good Things Will Come” by Runner of the Woods.