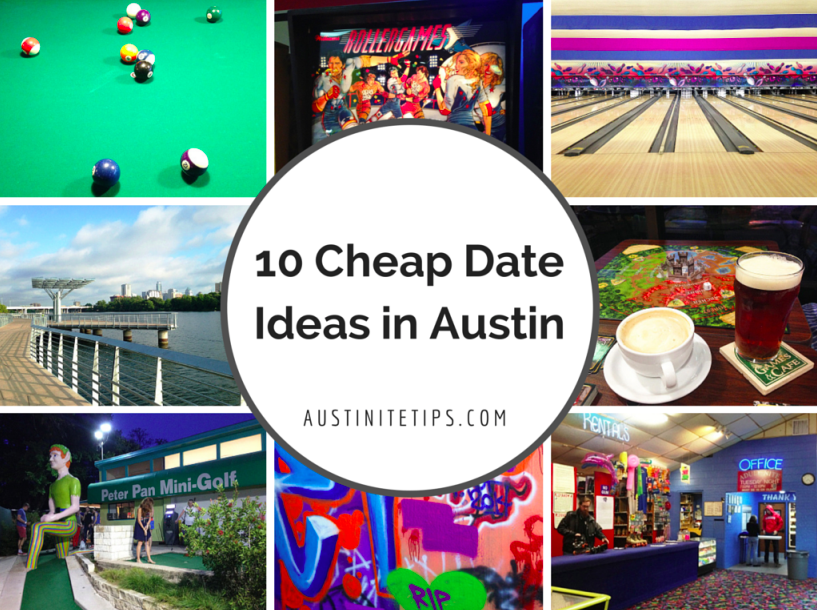 Get in the Halloween spirit with a FREE movie at Jo’s Coffee on South Congress. This week’s screening will be You’re Next at sunset (7:30ish). Bring a chair and a friend; there will be FREE popcorn for sharing! (Jo’s, 1300 South Congress Ave, Austin)

The Big Sing and FREE Thursdays at Blanton Museum Art

Enjoy FREE admission to the Blanton Museum of Art this Thursday as part of Third Thursdays, from 10am till 9pm. This week will be extra special with an opportunity to show off your vocal skills. Presented in conjunction with the museum’s Special Exhibition James Drake: Anatomy of Drawing and Space (Brain Trash), Craig Hella Johnson will lead the Big Sing gathering in vocal warm-ups and short, melodic songs that can be easily learned. (Blanton Museum, 200 E. Martin Luther King Jr. Blvd, Austin)

Looking for a fun and unpredictable evening? Check out this “anything-goes open mic” night at The New Movement 9:30-11:30pm. This show is hosted by Terance McDavid and Yousef Roach and features standup, sketch, and performance art (maybe!). You can also take a FREE improv class earlier in the evening, at 6:30pm. Let the FREE fun begin! (The New Movement, 616 Lavaca St, Austin)

This first annual show is brought to you by The Dance Project and features a variety of dance genres by 12 local choreographers. Be sure to bring a blanket and arrive early for a great spot on the hillside. Concessions will be available for purchase at venue location. This FREE show starts at 7:30pm on both Friday and Saturday night. (Zilker Park Hillside Theatre, Austin)

Who’s up for “crunchy” organic fun to help end a stressful week on a laid back note? Head on over to in.gredients for Brand New Key. The trio boasts a wonderful folky, bluegrass sound with some porch stomping to boot. The event is 7-9pm and opening for them each week is singer/songwriter duo, Ethan and Jeff. (in.gredients, 2610 Manor Road, Austin)

This annual street festival is Austin’s largest and longest-running Day of the Dead event and features a Grand Parade/Procession, artists and entertainment, an exhibition inside the museum, and educational programs. Attendees will also enjoy traditional foods from local food trucks, hands-on art activities, artist demos, and traditional and contemporary Latino art. Event starts at noon and lasts until 9pm. (4th St. and Congress, Downtown Austin)

Known for their old school rockabilly and Texas country sound, Two Tons of Steel is taking a break from their summer residency at Gruene Hall and hitting the Meadows.  Enjoy some impromptu two-stepping under the stars starting at 7pm. FREE show! (Southpark Meadows, 9300 IH-35 South, Austin)

SURE THING comedy show at the original Austin Java, 8pm. Headliners include performers seen on Comedy Central, Last Comic Standing, Letterman, and more, as well as the city’s best comics on the rise, plus special out-of-town guests. Hosted by Duncan Carson and Brendan K. O’Grady. These events have been filling up quickly so be sure to get there early! Doors open at 7:30pm. FREE! (Austin Java Parkway, 1206 Parkway, Austin)

As a romantic poet armed with an acoustic guitar, Charlie Mars has been making hearts swoon for the past 25 years as he developed his songwriting craft. Over the years he’s had several albums, is a regular at music festivals throughout the country, and has even been featured on Austin City Limits. Catch him at Waterloo at 5pm as he introduces his latest release, The Money. (Waterloo Records, 600 North Lamar, Austin)

Jon Dee Graham and the Fighting Cocks rock their 17 year residency at the Continental Club with this FREE show at 8:30pm. At 10:30 things heat up with Dupree, a swinging rock band with roots in swing, blues, ’50s rock, and a little country. (Continental Club, 1315 S Congress Ave, Austin)

For even more ideas, check out Austinite Tips’ 10 Cheap Date Ideas in Austin – For $10 or Less!

Heather Schuck is the CEO of the children’s lifestyle brand, Glamajama. When she’s not scheming “glama” world domination or mentoring young designers, you can find her in her front yard chasing her three children with a garden hose. Connect with her at glamaLIFE or on Facebook.