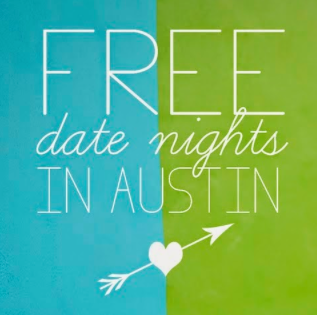 Eastside Art Outside, October Edition
Get your hands dirty and fill your soul with good music, good food, and good art at Art & Soul’s Eastside Art Outside event this Thursday from 5-9pm. Staff will host FREE live demonstrations and you’re invited to shop the local artisans and food vendors that will be attending. (Art and Soul Studio, 3801 Berkman Drive, Austin)

Variety Block Party at The New Movement
Looking for a fun and unpredictable evening? Check out this “anything-goes open mic” night at The New Movement 9:30-11:30pm. This show is hosted by Terance McDavid and Yousef Roach and features standup, sketch, and performance art (maybe!). Let the FREE fun begin! (The New Movement, 616 Lavaca St, Austin)

Artxplosion at Mindzai Creative
A social gathering for artists and collectors with a chance for everyone to get involved. Bring a t-shirt and Mindzai Creative will do a FREE live screen-printing for you! While you’re waiting for the ink to dry, check out the featured artists, beverages by Pabst Blue Ribbon, and a Best in Show Giveaway by Jerry’s Artarama. Starts at 8pm. (Mindzai Creative, 2001 S. Lamar Blvd, Austin)

ACL at Threadgrill’s World HQ
KGSR is up and at ’em early to get ACL started right. The morning show broadcast starts at 8am and they’ll be handing out FREE breakfast tacos for the first 100 people, along with chances to win FREE ACL tickets. The event lasts until noon with a new band performing nearly every 30 minutes. No tickets are required, BUT they’re asking for a $5 donation to H.A.A.M. to get you access to the 4 hours of music and live interviews. Event is both Friday and Saturday. (Threadgill’s Beer Garden, 301 W. Riverside, Austin)

Ricky Stein at Nutty Brown Cafe
A cross between traditional Americana and progressive indie-rock, Ricky Stein captivates audiences with a eclectic tribute to his hometown of Austin. No stranger to the touring life, Ricky is settling back into his Austin digs to play a few select shows. Catch him playing a FREE show on the patio at Nutty Brown from 7-10pm. (Nutty Brown Cafe, 12225 Highway 290 West, Austin)

TEVA Block Party at Whole Earth Provision Co.
To help celebrate ACL weekend, Teva will be serving up a FREE barbeque lunch for two hundred prepared by House Park Bar-B-Que and giving away ACL festival tickets. The BBQ is first come, first so be sure to get their early! Wild Child and The Wind + The Wave will be performing thirty minute sets between 11:30am and 2pm. (Whole Earth Provision Co, 1014 N. Lamar Blvd, Austin)

The Austin KGB at Nutty Brown Cafe
The Texas Kelly Green Band is an Americana, southern rock band with an enticing mash-up of Kelly’s clear, strong vocals and Jace’s deep, soulful voice. The trio is based in Austin, but tours frequently. Be sure to catch their hometown FREE show on the patio at Nutty Brown from 7-10pm. (Nutty Brown Cafe, 12225 Highway 290 West, Austin)

Zydeco Blanco at Southpark Meadows
Known in the Hill Country as the reigning “Kings of Zydeco”, these boys know how to get a party started. They’ve been doing it for the past two decades with no plans to stop anytime soon. See their high energy act at Southpark Meadows this Saturday and catch the cajun fever! FREE! (Southpark Meadows, 9300 IH-35 South, Austin)

SURE THING Comedy Show
SURE THING comedy show at the original Austin Java, 8pm. Headliners include performers seen on Comedy Central, Last Comic Standing, Letterman, and more, as well as the city’s best comics on the rise, plus special out-of-town guests. Hosted by Duncan Carson and Brendan K. O’Grady. These events have been filling up quickly so be sure to get there early! Doors open at 7:30pm. FREE! (Austin Java Parkway, 1206 Parkway, Austin)

Need a break from the Festival madness? Enjoy FREE admission to the Bullock Museum this Sunday as part of their first Sunday open house from 12-5pm. On display are three levels of exhibits depicting the Story of Texas. (Bullock Museum, 1800 Congress Ave, Austin) 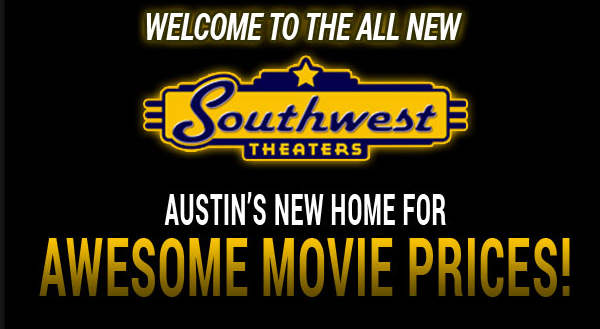 This week’s Date Night Edition was brought to you by Southwest Theaters, Austin’s new home for awesome movie prices!  Enter below for your chance to win a Date Night Movie Package of two tickets, one large popcorn and two large sodas from Southwest Theaters, located at 13729 Research Blvd, Austin.  The winner will be notified by email.  The prize must be picked up at the Southwest Theaters Box Office; it will not be mailed.

Heather Schuck is the CEO of the children’s lifestyle brand, Glamajama. When she’s not scheming “glama” world domination or mentoring young designers, you can find her in her front yard chasing her three children with a garden hose. Connect with her at glamaLIFE or on Facebook