Screenings of Disney’s Big Hero 6, Popovich and the Voice of the Fabled American West, and Shipwrecked in 4D will be free, open to the public, and suitable for the whole family!

Seating for these screenings is on a first come, first served basis.

Shipwrecked is a new 4D immersive theater experience produced by the Bullock Texas State History Museum in conjunction with award-winning production house Cortina Productions. Shipwrecked follows the perilous journey of the French explorer Robert Cavelier, Sieur de La Salle who sailed west to establish a colony at the mouth of the Mississippi River in 1684. Commissioned by King Louis XIV, the expedition could have given the French a stronger presence in North America if successful, but piracy, poor navigation, and murder eventually doomed the expedition. In response, Spain renewed its interest in what would become Texas, changing the course of history.

Dramatizing the story of La Salle’s ill-fated venture, the film reveals the personalities and struggles that beset the colony, all through the eyes of one of the few survivors of the expedition, 14-year old Pierre Talon.
Premiering in the Bullock Museum’s Texas Spirit Theater, Shipwrecked uses 4D effects felt by the audience to create a dynamic film experience. The film opens in conjunction with a new special exhibition, La Belle: The Ship That Changed History, on view at the Bullock Museum through May 17, 2015. The exhibition features the live-action reassembly of La Belle’s 300 year-old hull, new media interactives, and rare artifacts excavated from this incredible 17th-century find in Matagorda Bay, Texas, often described as one of the most important shipwreck discoveries in North America.
Producer John Lewis of Shipwrecked in 4D will be in attendance. 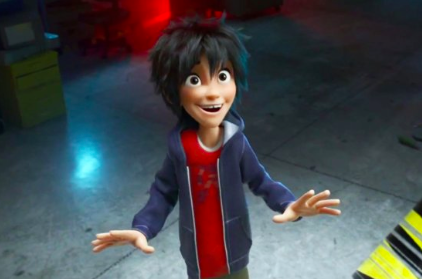 The special bond that develops between plus-sized inflatable robot Baymax, and prodigy Hiro Hamada, who team up with a group of friends to form a band of high-tech heroes. 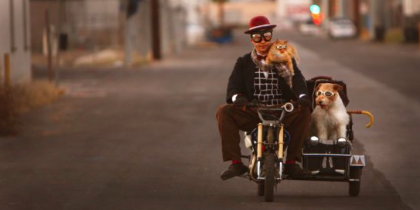 Popovich and the Voice of the Fabled American West

An ex circus legend, known as Popovich, is struggling as a street performer but content to come home to his junkyard full of furry friends. After a disingenuous neighbor surreptitiously calls animal control on him, Popovich must find a way to stay true to his calling, and save his loyal family of animal friends from a sad fate. Understanding the brevity of the situation, Popovich and his animal buddies use all their circus tricks to save their home and stay together.

The whole cast of Popovich and the Voice of the Fabled American West will be in attendance, including Rex the dog and Sebastian the cat who will be performing at the film screening.

For more information, visit the Austin Film Festival website. You can search the schedule by “Screenings” and select “Family Film” to see these events.