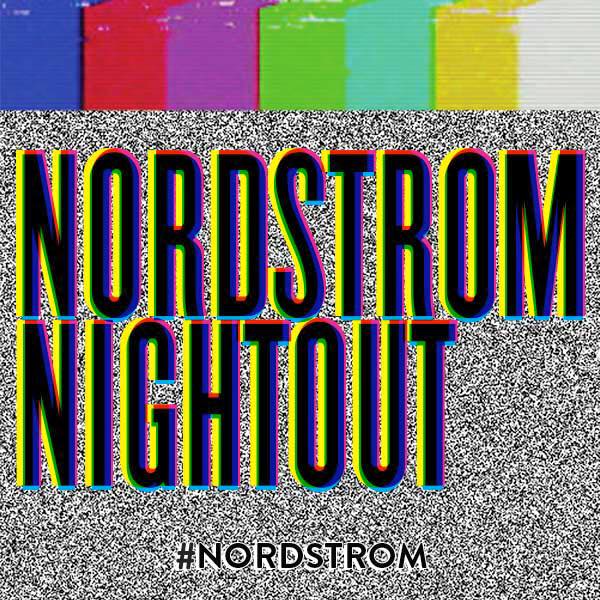 Nordstrom is hosting #NordstromNightOut with performances by Magna Carda, The Digital Wild and Sarah Jaffe. The first 250 people get in for FREE! Check out the pre-event on the 2nd floor of Nordstrom Barton Creek from 6-8 pm to receive a wristband for admission to the performance. Guests will enjoy drinks and light appetizers, free beauty and braid bars, free selfie stick with any purchase made on the 3rd floor, while supply lasts, and Tunes by DJ Ill Set. The performance begins at 8 pm in the Barton Creek Square West Parking Lot. (Nordstrom Barton Creek Mall, 2901 Capital of Texas Hwy S, Austin)

Banger’s Sausage House & Beer Garden, home to the city’s widest selection of handmade sausages and craft beer, celebrates Oktoberfest this weekend with special food, beer and live music. The featured brewery of Oktoberfest is Live Oak Brewery. Traditional stein hoists, a smoke out, gun salutes and chicken sh*t bingo will also mark the occasion. There will be a gun salute Oktoberfest Kick-Off at 5:00 pm, FREE beer until the keg is gone, and live music until 11:00 pm on Thursday. (Banger’s Sausage House, 79 Rainey Street, Austin)

Start getting into the Halloween spirit! Every Thursday night in October, Jo’s will be showing a different spooky movie. This week’s feature is The Editor and they’ll have drink specials and popcorn available. Bring a chair because seating is limited. Movie starts at dusk and is FREE to attend. So come on out… unless you’re too scared! (Jo’s, 1300 South Congress Avenue, Austin)

Lights up! Talent Showcase at The New Movement

Lights Up! is a weekly improv show that features TNM’s newest, baddest, freshest troupes coming out of our conservatory to date. Every month they highlight two different troupes. This week’s troupe: Talent Showcase. Starting at 7 pm, see comedy the way it was meant to be seen! (P.S., it’s also BYOB.) (The New Movement, 616 Lavaca, Austin)

All your favorite ’80s videos, all night, every Friday! Doors at 9:30 pm and FREE admission until midnight. There will also be $2 drinks and dancing until 3 am. (Barbarella, 615 Red River, Austin)

5 years ago the world’s very first cooperatively owned and worker self-managed brewpub opened its doors in Austin, TX! To celebrate the occasion, they’re throwing a giant anniversary party in the spirit of old beer socials! Enjoy live music, an outdoor bar, and special beer releases. This event is FREE and open to the public from 2-6 pm. (Black Star Co-op, 7020 Easy Wind Dr., Austin)

One of the largest and most prestigious literary festivals in the country, the annual Texas Book Festival features 250+ nationally and critically recognized authors, 20+ venues including the State Capitol, 80+ exhibitors, live music, local food trucks and countless opportunities to meet authors and fellow book lovers. The Festival is open 10 am – 5 pm on Saturday and 11 am – 5 pm on Sunday. The event is FREE and takes place at the State Capitol and surrounding grounds. (Texas State Capitol, 1100 Congress Ave, Austin)

Join this weekly comedy showcase, hosted by the Woody and Buzz of Austin comedy, Andrew Clarkston and Andrew Dismukes! Music by Indoor Creature. It is FREE and BYOB! Starts at 7 pm. (Taos Co-op, 2612 Guadalupe St, Austin)

Enjoy Saturday nights outdoors with live music from 7-9 pm. This week’s artist is Mayeux and Broussard, an Americana, alt-Country, and blues band from Austin. Bring a blanket to lounge on the grassy lawn during the show. Browse the vendors, order to-go food and have it delivered to your spot on the grassy lawn. Arrive early to ensure you get a FREE swag bag filled with fun items and discounts from the Hill Country Galleria merchants and sponsors! (Hill Country Galleria, 12700 Hill Country Blvd, Bee Cave)

Southpark After Dark: The Eggmen

This popular South Austin fall music series kicks off in The Grove on Saturday from 7-9 pm. Enjoy a FREE concert with The Beatles tribute band, The Eggmen. (Southpark Meadows, 9500 IH-35 South, Austin)

Founded in 2012, SURE THING has grown to become Austin’s most popular and acclaimed stand-up showcase. Every week, Duncan Carson presents the best of the best of Austin’s vibrant comedy scene and play host to some of the best visiting comedians in the country. This week features Zachary Sims, Robert Dean, Chris Castles, Sara June, Sean Kent, and more! This FREE show starts at 8 pm and doors open at 7:30 pm. (Austin Java Parkway, 1206 Parkway, Austin)

Join in for another season of KUTX LIVE presented by Livevibe at Uncle Billy’s. This Sunday features Ruby Jane at 2pm. FREE and open to the public. (Uncle Billy’s, 1530 Barton Springs Rd., Austin)

Craftsman is open at noon every Sunday for football. Come cheer on your team and score some FREE tacos from Pueblo Viejo, starting at 1 pm (while supplies last). (Craftsman, 2000 East Cesar Chavez Street, Austin)