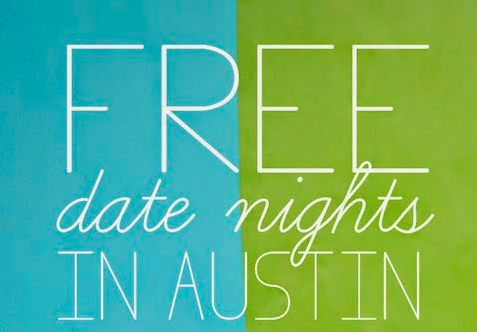 Movies in the Park: The Dark Knight – Postponed due to weather.

Lights up! Talent Showcase at The New Movement

Lights Up! is a weekly improv show that features TNM’s newest, baddest, freshest troupes coming out of the conservatory to date. Every month they highlight two different troupes. This week’s troupe: Talent Showcase. Starting at 7 pm, see comedy the way it was meant to be seen! (P.S., it’s also BYOB.) (The New Movement, 616 Lavaca, Austin)

All your favorite ’80s videos, all night, every Friday! Doors at 9:30 pm and there’s FREE admission until midnight. There will also be $2 drinks until 11 pm and dancing until 3 am. (Barbarella, 615 Red River, Austin)

Enjoy Saturday nights outdoors with live music from 7-9 pm. This week’s guest, Trees Marie–also known as the Princess of Country–is a singer-songwriter from Dallas who lives in Austin. Her repertoire remains in the cross waters between the sweet stories of folk and the dramatics of blues, but always teetering on the edge of Texas country. Bring a blanket to lounge on the grassy lawn during the show. Browse the vendors, order to-go food and have it delivered to your spot on the lawn. Arrive early to ensure you get a FREE swag bag filled with fun items and discounts from the Hill Country Galleria merchants and sponsors! Check Facebook for weather updates. (Hill Country Galleria, 12700 Hill Country Blvd, Bee Cave)

Founded in 2012, SURE THING has grown to become Austin’s most popular and acclaimed stand-up showcase. Every week, Duncan Carson presents the best of the best of Austin’s vibrant comedy scene and play host to some of the best visiting comedians in the country. The FREE show starts at 8 pm and doors open at 7:30 pm. (Austin Java Parkway, 1206 Parkway, Austin)

Celebrate all Austin is doing to beat breast cancer! The Mrs will open up for international pop star Leona Lewis for a Survivor Concert held in the outdoor amphitheater. This is a FREE show from 2-5 pm. Check Facebook for weather updates. (Hill Country Galleria, 12700 Hill Country Blvd, Bee Cave)

Join in another season of KUTX LIVE presented by Livevibe at Uncle Billy’s, starting at 2 pm. This Sunday features Zettajoule, who will perform at 4 pm. FREE and open to the public. (Uncle Billy’s, 1530 Barton Springs Rd., Austin)

Craftsman is open at noon every Sunday for football. Come cheer on your team and score some FREE tacos from Pueblo Viejo, starting at 1 pm (while supplies last). (Craftsman, 2000 East Cesar Chavez Street, Austin)