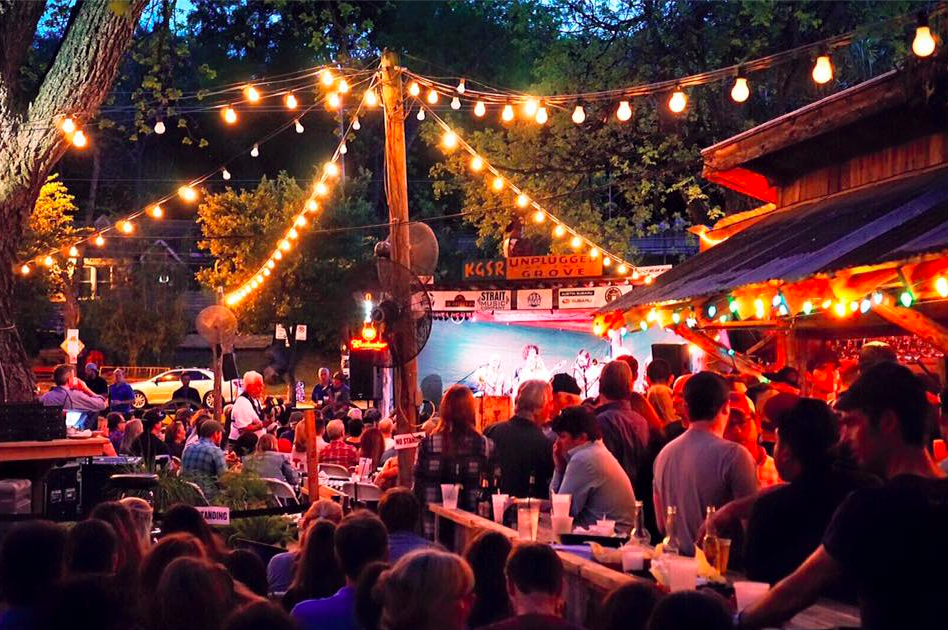 Unplugged at the Grove: Sarah Jaffe

The week’s featured musician for KGSR’s Unplugged at the Grove is Sarah Jaffe, starting at 8pm.  This is one of Austin’s longest running FREE concert series. All ages welcome and additional parking is available at the Bicycle Sports Shop down the street on South Lamar. (Shady Grove, 1624 Barton Springs Rd, Austin)

Come hang out with the folks of Austin’s Beer Guide as they celebrate the launch of their Spring/Summer release.  Fresh guide, beers on beers, and fun times at the Draught House. Cancel your Friday morning meetings. This FREE party starts at 6pm. (Draught House Pub & Brewery, 4112 Medical Parkway, Austin)

Join D7 Councilmember Leslie Pool, Music Commissioner Elizabeth McQueen, Arts Commissioner Teruko Nimura and leaders in the local music community for a discussion of issues that impact musicians, venues, and audiences in Austin, particularly in District 7. Starting at 6:30pm, members of the Austin Music Commission and the Arts Commission will talk about the Music Omnibus and what it could mean for the Austin creative ecosystem. (Monkey Nest Coffee, 5353 Burnet Road, Austin)

Present Company Theatre’s Stephanie Carll directs a fierce cast–Joseph Garlock and Judd Farris among them–in Shakespeare’s most classic classic, done up all PCT-style for modern impact in the regicidal darkness. “Seven actors. 28 characters. Five flashlights. Hundreds of lightbulbs.” You can catch the performance through May 9th, Thursday to Sunday at 8pm. The show is FREE, but a RSVP is required and donations are gladly accepted. (Museum of Human Achievement, 3600 Lyons Road, Austin)

Nick Diaz and Kalu James at The Blackheart

Known as the “alligator cowboy rock and roller,” Nick Diaz will be rockin’ the house at The Blackheart for FREE starting at 10pm. He’ll be joined by Austin-based blues rock and African folk fusion musician Kalu James. (The Blackheart, 86 Rainey Street, Austin)

The Eggmen at The Oasis

The Eggmen are Austin’s premier Beatles Tribute Band. Inspired by The Beatles, The Rolling Stones, The Kinks, The Who, The Monkees, The Zombies, The Byrds, and many more. Head on out to The Oasis at 6:30pm for FREE music and a beautiful sunset. (The Oasis, 6550 Commanche Trail, Austin)

Join in to celebrate the life and music of one of the most talented artists of our time and get ready for the second annual Untapped Festival in Austin on May 14. The show starts at 7pm and includes special Beer Tappings, Snacks & Prizes, and Swag & Ticket Giveaways. (Waller Creek Pub House, 603 Sabine Street, Austin)

SpringFest at The Galleria

Daytime Village at the iHeartCountry Festival

Didn’t get tickets to the iHeartCountry Festival at the Erwin Center this year? No worries, you can still get in on the fun at the FREE Daytime Village from 3-6pm. There will be performances by Bobby Bones and The Raging Idiots, Granger Smith, LoCash, Chris Lane and Maren Morris. The Village is located at Frank Erwin Center’s North Box Office Plaza. (Frank Erwin Center, 1701 Red River Street, Austin)

It’s back! Not only is Eeyore’s Birthday one of the longest running FREE events in Austin, but it also helps raise money for local non-profits. There will be live music, dancing, face painting/henna tattoos, a costume contest, and concessions for purchase which benefit local charities. 11am until dark. Parking is FREE at the state parking garage “E” and lot 3 on Colorado between 16th and 17th streets where shuttle buses will pick you up and return you all day long! (Pease Park, 1100 Kingsbury Street, Austin)

Join KUTX every Sunday from 2-6pm for FREE live music on the outdoor patio at Uncle Billy’s Brew & Que. DJ Mixer Rogers will be playing music from 2-4pm and then local bands will kick things off at 4pm. This week’s featured artist is The Echocentrics. (Uncle Billy’s, 1530 Barton Springs Road, Austin)

Starting at 3pm, Continental Club will be serving up live music with McKinley James, the upstate New York teenage rocker who was featured on the cover of Eric Church’s latest album, along with Heybale, Redd & Earl & Dallas, Wagoneers, and Planet Casper. Full of bluesy rock, alt-country, and retro soul, there will be something for all music lovers to enjoy! The show is FREE. (The Continental Club, 1315 South Congress Ave, Austin)

Your Guide to Finding the Best Churros in Austin

It's National Park Week so it seems like the perfect time to pay homage to the national parks right here in Texas.
- April 19, 2021
Beyond The Bluebonnet – 10 Texas Flowers You Should Be Snapping Selfies With 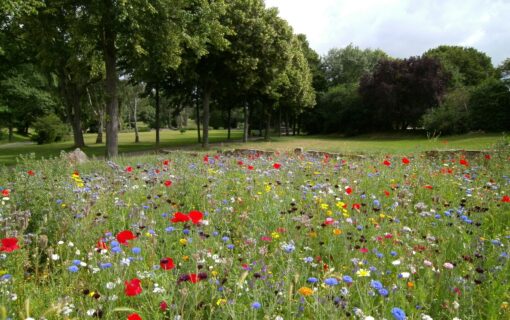 There's no better time to take a drive and gawk at all the gorgeous Texas wildflowers. And the bluebonnet isn't the only flower to be on the lookout for.
- April 16, 2021
Your Guide to Finding the Best Churros in Austin

There's nothing better than a freshly fried, hot churro. Here's where to find the best churros in Austin.