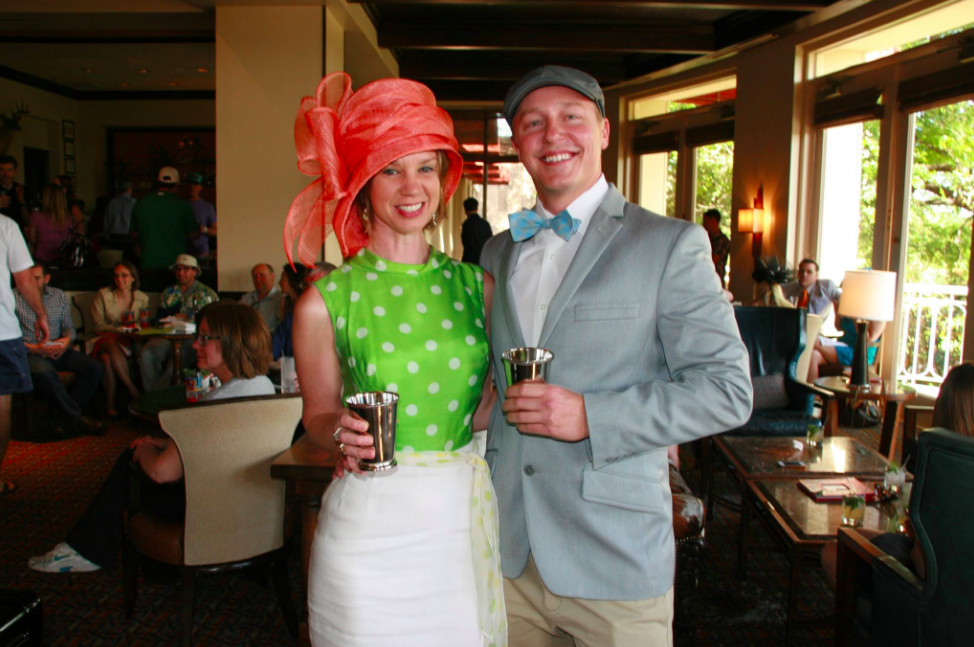 Looking for free things to do at night in Austin? Here are 15+ ideas for date night fun this week, Thursday through Sunday.

The week’s featured musician for KGSR’s Unplugged at the Grove is Dirty River Boys, starting at 8pm. This is one of Austin’s longest running FREE concert series. All ages welcome and additional parking is available at the Bicycle Sports Shop down the street on South Lamar. (Shady Grove, 1624 Barton Springs Rd, Austin)

Kick off of the Pecan Street Festival fun with a FREE Show at Swan Dive. Doors open at 9:30pm with Kalijah, Kindatheart at 10pm, aLr boosh and the boosh kidz at 11pm, and The TaDaDa’s at midnight. (Swan Dive, 615 Red River Street, Austin)

Cinco de Mayo is here! Celebrate at Volstead with Peligrosa, DJ Orion, and King Louie on the patio from 7-11pm. Then, Ulovei takes the stage inside from 10:30pm – 2am. The show is FREE and there will also be a happy hour from 5-9pm, so get there early! (Volstead, 1500 E. 6th Street, Austin)

Houston-based country duo The Powell Brothers are playing a FREE show from 11:30pm – 1am, for 21+. They are influenced by the many genres they have experienced as sidemen, drawing from Pop and Rock ‘n’ Roll to Bluegrass and Gypsy Jazz. These ingredients, their seasoned musical experience, and a brotherly vibe make them a must see. (Rattle Inn, 610 Nueces Street, Austin)

KUTX Live at Mueller, a FREE music series kicks off Friday, May 6, and continues Friday nights through May 20. Each concert starts at 7 p.m. This week’s performers are the kid-friendly Jarebear at 7pm, followed by Octopus Project at 7:45pm. Additionally, some of Austin’s favorite food trucks will be onsite. Free parking is available in the Mueller garage, adjacent to The Thinkery. (Mueller, 4550 Mueller Blvd, Austin)

We lost one of the greatest performers of our time, and The Highball wants to be sad together! They’ll have dual DJs spinning classic and modern Prince tunes (some on real vinyl) and taking your princely requests on stage. They’ll have a sea of purple lights and lasers, purple glow wear, and some special made purple drinks. All in tribute to the artist. Not enough? Add in a Prince costume contest with a $100 grand prize. Anyone dressed like Prince can hop up on stage and take a shot at being THE Prince of the night. (The Highball, 1120 South Lamar Blvd, Austin)

Present Company Theatre’s Stephanie Carll directs a fierce cast–Joseph Garlock and Judd Farris among them–in Shakespeare’s most classic classic, done up all PCT-style for modern impact in the regicidal darkness. “Seven actors. 28 characters. Five flashlights. Hundreds of lightbulbs.” You can catch the performance through Monday, May 9th at 8pm. The show is FREE, but RSVP is required and donations are gladly accepted. (Museum of Human Achievement, 3600 Lyons Road, Austin)

Twice a year, 24 blocks of 6th Street are transformed into The Pecan Street Festival. Featuring more than 300 artists and original artisans, three stages of live music, a wide variety of ethnic and regional food, children’s workshops, a petting zoo, magic shows, title sponsors, interactive installments, and so much more, there is sure to be something for everyone to enjoy. The festival is open from 12-10pm. For a complete list of this year’s musical performances, click here. Admission is FREE. (24 Blocks on 6th Street from Brazos to I-35, Austin)

Have you always wanted to see a Texas Roller Girls bout? This Saturday you can do it for FREE! TXRD has moved to a new home and will have a free mini bout at 6:30pm with some lovely retired TXRD skaters. Vendor booths will be set up and there will be a sweet raffle. Come hang out with the TXRD! (211 East Alpine Rd, Suite 500, Austin)

Texas Folklife is pleased to announce the Big Squeeze Tenth Anniversary Extravaganza Concert, to be held on Saturday, May 7 from 1-5pm at the Bullock Texas State History Museum. The concert will celebrate the 10-year anniversary of Texas Folklife’s Big Squeeze statewide youth accordion contest, and feature past contest winners who will showcase a variety of Texas-based accordion genres, including Conjunto, Polka, Cajun, and Zydeco. FREE! (Bullock Museum, 1800 North Congress Ave, Austin)

Time to suit up in seersucker, Kentucky Derby Day is back at Four Seasons Hotel Austin and this year promises to be bigger and better than ever! The FREE annual event will once again take over the Lobby Lounge space with a big screen television broadcasting race highlights as revelers sip cocktails amid the festive atmosphere. There will be prizes for Best Seersucker Suit and Best Hat. The event starts at 3pm and ends at 6pm. (Four Seasons Lobby Lounge, 98 San Jacinto Blvd, Austin)

BuildASign.com and Austin Animal Center have come together to organize an event celebrating Austin’s fifth year as the nation’s largest animal life saving community. The festival will include vendor booths, awards, pet competitions, and live music from 10am until 5pm. Marshall Moon and Friends plays at 10am, Julian Acosta and The Hustle 1:30pm, and West Texas Mammoths at 3pm. For a complete lineup of events, click here. (Austin Animal Center, 7201 Levander Loop, Austin)

Off to the Races: Kentucky Derby Party

This Saturday, Geraldine’s will be hosting their first Kentucky Derby Party complete with mint julep specials and Southern fare created by the restaurant’s all-star culinary team. The race will be shown on all TVs on the fourth floor – inside the restaurant and on the pool deck. The event takes place from 2-6pm; it’s FREE and open to the public. (Geraldine’s, 605 Davis Street, Austin)

Mother’s Day at The Capitol

What better way to close out a great day with Mom than by taking her to a FREE concert at the Texas State Capitol in her honor? Starting at 7pm, the band will perform well-known tunes, including marches and musical numbers, that your Mom is sure to enjoy! Get there early to select the best seating, this concert gets more popular every year. (Texas State Capitol, South Steps 1100 Congress Ave, Austin)

Twice a year twenty-four blocks of 6th Street are transformed into The Pecan Street Festival. Featuring over 300 artists and original artisans, three stages of live music, a wide variety of ethnic and regional food, children’s workshops, a petting zoo, magic shows, title sponsors, interactive installments, and so much more; there is sure to be something for everyone to enjoy. The festival is open on Sunday from noon-8pm. For a complete list of this year’s musical performances, click here. (24 Blocks on 6th Street from Brazos to I-35, Austin)

Join KUTX every Sunday from 2-6pm for FREE live music on the outdoor patio at Uncle Billy’s Brew & Que. DJ Mixer Rogers will be playing music from 2-4pm and then local bands will kick things off at 4pm. This week’s featured artist is Good Field. (Uncle Billy’s, 1530 Barton Springs Road, Austin)

Need something to do with Mom? Check out our list of Mother’s Day Fun in Austin!  Looking for kid-friendly adventures? Read What’s Up? Weekly.