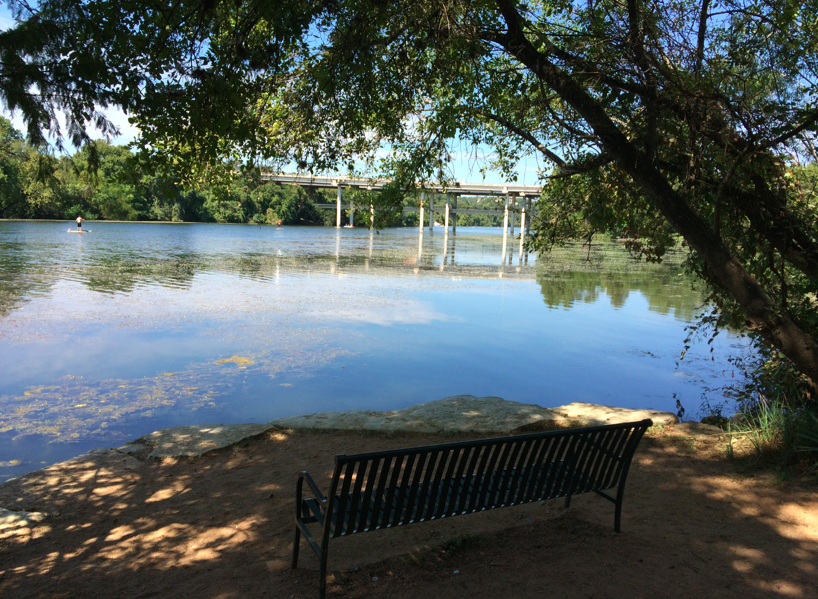 Enjoy a FREE date night in Austin this weekend with a crawfish boil, Macbeth at Zilker Hillside Theater, live music, or a multicultural event.

It’s crawfish season! Head on out to Indian Roller for FREE mudbugs and live music by Hard Proof! The first 50 plates are free; after that two pound plates are $5. The doors open at 5:30pm. The boil will last until 6:30pm, or until the 400 pounds of crawfish are gone. To RSVP, please click here. (Indian Roller, 10006 Manchaca Road, Austin)

FREE comedy, starting at 8pm! And you’ll wonder why you didn’t pay a dime when you see this lineup! This week’s comics include: Danny Palumbo (Funniest Person in Austin), Kat Ramzinski, Michael Priest, Austin Smartt, Rachel Streitmann, and Tre Howard. The laughs are free, but for a reasonable price you can purchase a glass that Hops and Grain will gladly fill for you. (Hops and Grain, 507 Calles St Suite 101, Austin)

Now in its 32nd year of FREE Shakespeare in Zilker Park, Austin Shakespeare brings a professional production of a modern, military Macbeth facing unusual witches and sword fights in camouflage. Audiences are encouraged to bring blankets and picnics on any Thursday through Sunday at 8 pm for the entire month of May for the production co-sponsored by the City of Austin Parks and Recreation Dept. (Beverly S. Sheffield Zilker Hillside Theater, 2201 Barton Springs Road, Austin)

Visit the Lenoir wine garden to celebrate selections from T. Edward’s delicious portfolio of wines rarely seen in Texas. Taste through six T. Edward wines, along with some newly released gems. This is a FREE tasting and open to the public from 5-7pm in the Lenoir wine garden. (Lenoir, 1807 South First Street, Austin)

Unplugged at the Grove: Mike Flanigan with The Relatives

This week’s featured musician for KGSR’s Unplugged at the Grove is Mike Flanigan with The Relatives, starting at 8pm. This is one of Austin’s longest running FREE concert series. All ages welcome and additional parking is available at the Bicycle Sports Shop down the street on South Lamar. (Shady Grove, 1624 Barton Springs Rd, Austin)

The Blues Specialists is an Austin-based band, established by two of Austin’s Blues legends TD Bell and Erbie Bowser (both deceased). The band has been in existence for 28 years and have performed in numerous concerts, special events, private parties, weddings, and clubs through out the US and abroad. The current makeup of the band includes original bandmember/bandleader Mel Davis (vocals, harmonica, sax), son of TD Bell Lawrence Bell (organ/bass), Rob Richardson (guitar), Isaac Bratchett (drums). The style of music is traditional Texas jump blues with a tinge of jazz. The roots of the music center around T-Bone Walker who influenced TD Bell and is cousin to Mel Davis. The show is FREE and starts at 6:30pm. (Continental Club, 1315 South Congress Ave, Austin)

KUTX Live at Mueller, a FREE music series kicks off Friday, May 6, and continues Friday nights through May 20. Each concert starts at 7pm. This week’s performers are the kid-friendly El Tule at 7pm, followed by Tameca Jones at 7:45pm. Additionally, some of Austin’s favorite food trucks will be onsite. Free parking is available in the Mueller garage, adjacent to The Thinkery. (Mueller, 4550 Mueller Blvd, Austin)

Spend your Saturday hanging out at the FREE Burnet Road block party outside from 2-5pm. They’ll have a variety of Burnet Road food vendors on site, cold beer and drink specials from the bar, and live music. Starting at 2pm, there will be music by The Gritones (Zydeco), Shotguns Ready (The Doss Dads Band) (Country), and Howard Rains (Texas old time fiddle). All proceeds benefit Texas Folklife, an Austin-based 501(c)(3) non-profit organization dedicated to presenting and preserving the folk and traditional arts of Texas. (Ginny’s Little Longhorn, 5434 Burnet Road, Austin)

Explore other cultures at Austin’s FREE multicultural fest on Saturday from 12-10pm. The festival is derived from the idea that we are all different and unique, and yet we are all the same. Festival highlights include multicultural music, dance performances, tastings, ceremonies, arts and crafts exhibitions, story telling, a short international, multicultural movie, participatory workshops and demonstrations on immigration, cultural diversity, art, traveling and languages, and more! (Pan American Recreation Center, 2100 East 3rd Street, Austin)

Join KUTX every Sunday from 2-6pm for FREE live music on the outdoor patio at Uncle Billy’s Brew & Que. DJ Mixer Rogers will be playing music from 2-4pm and then local bands will kick things off at 4pm. This week’s featured artist is Mobley. (Uncle Billy’s, 1530 Barton Springs Road, Austin)

FREE and for all ages, this community event features local performers, a bounce house, complimentary Shiner beer, free food and more. A dedicated VIP section will be open for guests who are also celebrating their birthday in May, plus tons of giveaways. Join Bird’s for fun times! Your host is Ralph Hardesty, live music by DJ Girlfriend (throughout) 2pm, Barton Hills Choir  3pm, Break World Record (Largest # of people with their hair braided together!), and Indoor Cat 4pm. (Birds Barbershop, 2110 South Lamar Blvd, Austin)