Get ready for a weekend of parties, comedy, concerts, dancing, and drinking. It’s time to plan your free date nights, Austinites!

To celebrate EPIC (Emerging Partners in Conservation) and all of the recent success of the Violet Crown Trail, they’re taking over the TBG Partners terrace for a summer happy hour from 6-9pm, with FREE beer and pizza! Stop by for delicious tunes from DJ Kay Cali, snacks, adult beverages and great company. This is a great opportunity to learn about EPIC, find out about all the upcoming events they have in store for the rest of 2016, get educated about Hill Country Conservancy and the Violet Crown Trail, and meet other outdoor enthusiasts! Click here to RSVP. (TBG Terrace, 1705 Guadalupe Street #500, Austin)

Gutbusters at Hops and Grain

Unplugged at the Grove: The Reverend Horton Heat & Dale Watson

This week’s featured musician for KGSR’s Unplugged at the Grove is The Reverend Horton Heat and Dale Watson, starting at 8pm. This is one of Austin’s longest running FREE concert series. All ages welcome and additional parking is available at the Bicycle Sports Shop down the street on South Lamar. (Shady Grove, 1624 Barton Springs Rd, Austin)

7 years ago The Liberty on East 6th opened it’s doors and today, they are STILL open! Now its time to celebrate! Come out and enjoy a FREE party with free beer, drink specials, and a special performance by Magnifico. The party starts at 4pm and lasts until 2am. Stop by and wish them a happy birthday! (The Liberty, 1618 1/2 East 6th Street, Austin)

The Beverly S. Sheffield Zilker Hillside Theater may be a little swampy this summer as Zilker Theatre Productions brings the smash Broadway hit Shrek: The Musical to the stage. Nominated for eight Tony Awards and 12 Drama Desk Awards, Shrek: The Musical brings the beloved characters from the popular animated film to life on stage. Irreverently fun for the whole family, Shrek proves that beauty is truly in the eye of the ogre. The FREE show starts at sunset, Thursday through Sunday, about 8:15pm. (Zilker Hillside Theatre, 2206 William Barton Drive, Austin)

Music Under the Star featuring Los TexManiacs and Flaco Jiménez

This week’s Music Under the Star FREE concert series features Grammy Award winners Los Texmaniacs with special guest and “Living Legend” Flaco Jiménez. An enchanting combination of Tex Mex conjunto, Texas rock, and a touch of well-cured blues and R&B riffs, best describes the TexManiacs groove. Founded by Max Baca (bajo sexto, vocals), the TexManiacs are a product of his wide-ranging experience touring and recording with everyone from his father’s family conjunto, Flaco Jiménez, the original Texas Tornados, Los Super Seven and even the Rolling Stones. Outside food and alcohol is not allowed per TABC regulations, but patrons may purchase beer, soda, and food at the event. (Bullock Museum, 1800 Congress Ave, Austin)

Cornell Hurd with Ben Rodgers at The Broken Spoke

Been awhile since you went two-stepping? Grab your cowboy boots and head on out to The Broken Spoke for a FREE show by Cornell Hurd with Ben Rodgers starting at 9:30pm. The Cornell Hurd Band serves up a delicious combination of Western Swing, classic country, and boogie-woogie, spiced with a dash of rock ‘n roll. When the band kicks into high gear, the dancers hit the floor and the joint starts jumpin’! (Broken Spoke, 3201 South Lamar Blvd, Austin)

Andy Barham came to Austin in 2007 to chase a dream he had of playing guitar and singing for this fair city. He’s done that and more since he got here! Andy Barham will be accompanied by long-time friend and and music associate Mark Williams as he performs his newest EP (short) release, “It Needs To Look Supported”. This FREE show starts at 7pm. You can hear his bandcamp station here. (Hill’s Cafe, 4700 South Congress Ave, Austin)

Domain Northside’s Rock Rose is excited to announce the “Rock The Rose” Summer Concert Fest from 3-9 pm. The FREE concert series will feature various cover bands and independent artists from Austin and beyond. Ryan Holley, Denny Herrin Band, Dirty Black Flannel, Southtown, and a variety of DJs will take over the stage in front of Kung Fu Saloon. In addition to the live music, East Side King’s Thai-Kun, General Tso’Boy and more will be selling food in front of The Dogwood Rock Rose and Jack & Ginger’s Irish Pub for guests to enjoy. Proceeds from the event’s food and beverage sales will benefit local nonprofit Globetrotting for Good. The event will fill up fast so get there early! (Dogwood Rock Rose, 11420 Rock Rose Ave, Austin)

Live and Local with Mrs. Glass

The Austin Texas Convention and Visitors Bureau, All ATX, and Keller Williams present a FREE concert with Mrs. Glass this Saturday at The Austin Visitor Center from 1-3pm. An Austin favorite, KUTX describes Mrs. Glass as, “…the trio blasts you away with a dirty rock ‘n’ soul blowout, dosed with shots of blues and loads of grit.”  Stop by on your way to Lady Bird Lake to soak up these feel good vibes! (Austin Visitors Bureau, 602 E. 4th St, Austin)

In its 14th summer season, these FREE ensemble concerts take place in the Hartman Concert Park in front of the Long Center City Terrace starting at 7:30pm. A gift from the Hartman Family Foundation, these concerts are presented to the Austin community in thanks for its continued, generous support. Each Sunday, a different ensemble of the Austin Symphony will be featured at the new Hartman Park, located on the grounds of the Long Center for the Performing Arts, performing music from jazz and light classical to pops selections and film scores. Concertgoers are encouraged to bring a picnic dinner and blanket and make it a group outing. Free Parking is available at One Texas Center located on Barton Springs Rd. @ S. 1st St. (Long Center, 701 West Riverside Drive, Austin)

Laugh, Dammit! at The Highball

Austin’s funniest live game show! Comics Pat Dean, Ella Gale, Chris Castles and John Buseman try to make contestants laugh – if they can resist, they win prizes! Laugh, Dammit! is inspired by the classic TV game show “Make Me Laugh!” Host David James drives a rotating panel of talented comics as they do everything they can to make contestants laugh. Contestants are snapped up from the live audience. The show’s Vanna is Avery Moore, and she is joined by announcer Duncan Carson. Unless you are one of the show’s longtime fans, you have never seen anything like this before! This FREE show starts at 8pm. (The Highball, 1120 South Lamar Blvd, Austin) 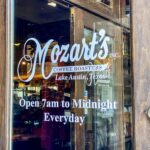 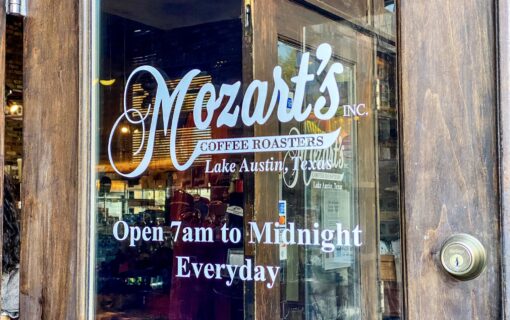 Sit outside and enjoy some of the best local food options at these Austin restaurants with these patios and play areas for kids!