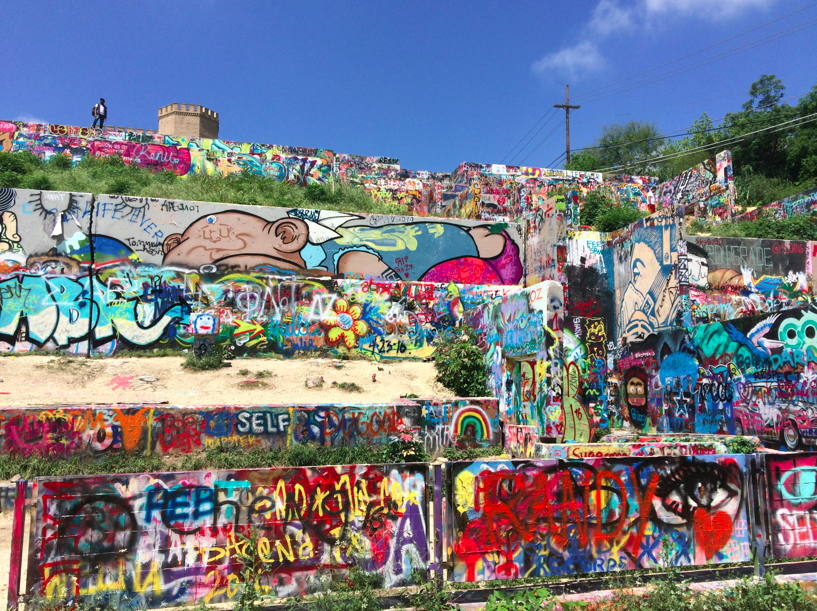 Unplugged at the Grove: Ian Moore

The week’s featured musician for KGSR’s Unplugged at the Grove is Ian Moore, starting at 8pm.  This is one of Austin’s longest running FREE concert series. All ages welcome and additional parking is available at the Bicycle Sports Shop down the street on South Lamar. (Shady Grove, 1624 Barton Springs Rd, Austin)

Beat the Rush is a series of gallery concerts in which musicians perform in response to the paintings, drawings, and sculptures on display. This month, sound artist Tara Bhattacharya curates a set of contemporary experimental musicians whose work draws on the legacy of techno and electronic music composed in the 1990s. Featuring Kyle Evans and Lucas Dimick; Adam Pacione; JT Whitfield; and Thousand Foot Whale Claw. The FREE event begins at 5:30pm and is followed by a Slow Looking Tour of the museum. (Blanton Museum of Art, 200 E Martin Luther King Jr Blvd, Austin)

Vinyl Me, Please: The Score by The Fugees

It’s a record-of-the-month-club party, with sweet vinyl and themed cocktails! Spinning will be The Score by The Fugees. The party is FREE and runs from 6-9pm. (Cafe 605, 605 Davis Street, Austin)

Known for their rabid fan base and history of sold out shows spanning the past 15 years, Blue October will be performing a very special in-store to support their latest release, Sway. This will be a homecoming for the San Marcos-based band as they partner with Shiner Beer and Mix 94.7 to celebrate the release. FREE! (Waterloo Records, 600A North Lamar Blvd, Austin)

You like to move it, move it? Then, head on over to Fado Irish Pub to hear DJ Hexum spin all your old (and new) dance favorites. The music is FREE and starts at 10pm. (Fado Irish Pub, 214 West 4th Street, Austin)

Presented by H-E-B and Austin Energy, the Austin Earth Day Festival returns to the Historic Browning Hangar at Mueller from noon – 7pm. There will be 150+ exhibitors, hands on activities for kids and adults, inspiring speakers, and delicious food vendors. Performances by Asleep at the Wheel, Ruby Jane, Sweet Spirit, and Riders against the Storm and more! 2016 will be the biggest Austin Earth Day Festival yet. FREE admission. (The Browning Hangar at Mueller, 4550 Mueller Blvd, Austin)

Enjoy Saturday nights outdoors with FREE live music, beginning at 7pm in the Hill Country Galleria’s outdoor amphitheater.  This week’s featured artist is Guy Forsyth. Guy arrived in Austin on January 10, 1990, with a guitar, a harmonica, and a rented U-Haul truck. A street-smart entertainer raised on American western standards and musical soundtracks while growing up in Kansas City, MO, he cut his teeth working as a comic stuntman at renaissance faires, passing tip jars from crowd to crowd after each sideshow performance left the room in awe. Bring your blanket to lounge on during the show. Browse the vendors, order to-go food and have it delivered to your spot on the lawn! Check the Facebook event page for weather updates. (Hill Country Galleria, 12700 Hill Country Blvd, Bee Cave)

This annual event features over 70 bands from the Austin area. Genres include Classical/Symphonic, lots of Jazz, Swing, and Dixieland, world music, Bluegrass, Americana, Blues, Funk, Soul, R&B, and even Polka! The festival is FREE! Performances start at 10:30am and continue all day until 9pm. For a full schedule of bands and times, please visit the festival website. (Central Market North, 4001 North Lamar Blvd, Austin)

Local artists, live drawing, and trading black books. Bring your sketch book and join in! The event starts at 2pm with FREE entry and parking. There will also be drink specials for all participating artists. (The Golden Goose, 2034 South Lamar Blvd, Austin)

Join KUTX every Sunday from 2-6pm for FREE live music on the outdoor patio at Uncle Billy’s Brew & Que. DJ Mixer Rogers will be playing music from 2-4pm and then local bands will kick things off at 4pm. This week’s featured artist is Nina Diaz. (Uncle Billy’s, 1530 Barton Springs Road, Austin)