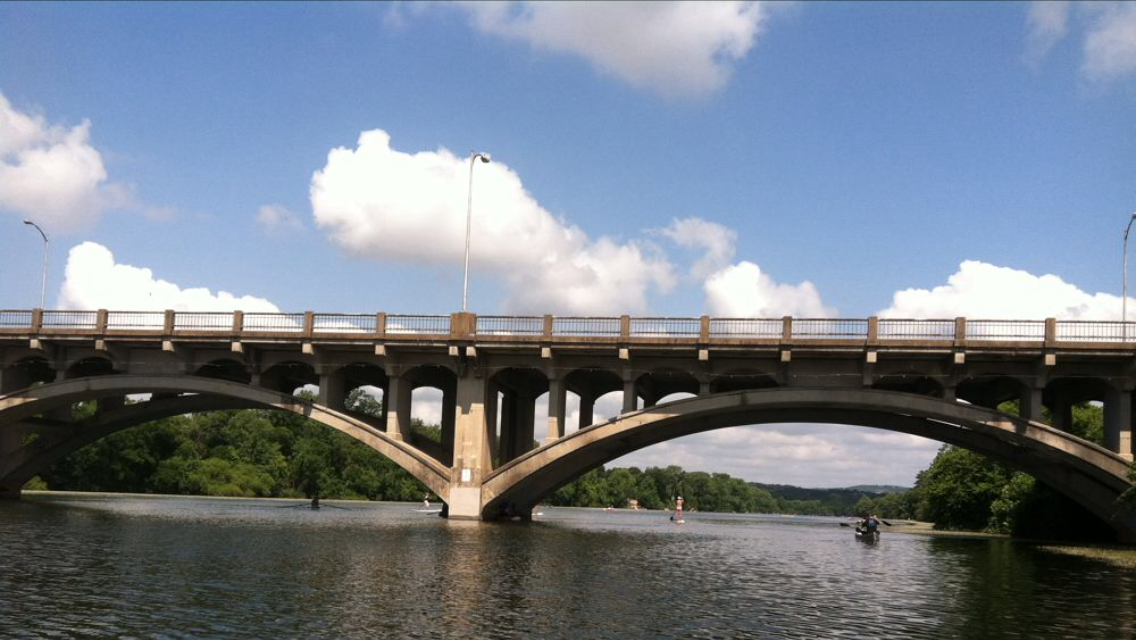 Vibe Street at The Chop Shop

Vibe Street, aka Ben Davis, is the King Of Cool. His music ranges from feel good, bluegrassy tunes, to soulful, spacey electronic beats that can rock a late-night dance tent. There’s something for everyone. For a taste of his music, visit his soundcloud page here.  The show is from 9:30pm – 2am and you’ll need to RSVP here to get your name on the list. (Empire Control Room Patio, 606 East 7th Street, Austin)

Join the good folks at Volstead for a night of drinking, dancing, and shopping under the beautiful Texas sky. Entry to shop the vintage and handcrafted market is FREE. The party starts at 7pm and uLOVEi will be DJing all your favorite dance hits. (The Volstead at Hotel Vegas, 1500 East 6th Street, Austin)

Brently Heilbron, host of PBS’s new show, Stand Up Empire, and front man of Austin’s #1 Emo puppet band, Fragile Rock, brings his talents to the Rumrunners stage. Also on this show are Austin legends Pat Dean and Abby Rosenquist and performances from hilarious up and comers Allison O’Conor and Andrew Horneman. Plus, there’s a special guest in the form of Oklahoma City’s Jackson Curtin. The 8 pm show is FREE, but you’ll need to get your tickets here. (Speakeasy,  412 Congress Ave, Austin)

Unplugged at the Grove: Emily Wolfe

The week’s featured musician for KGSR’s Unplugged at the Grove is Emily Wolfe starting at 8pm.  This is one of Austin’s longest running FREE concert series. All ages welcome and additional parking is available at the Bicycle Sports Shop down the street on South Lamar. (Shady Grove, 1624 Barton Springs Rd, Austin)

No Shame at Salvage Vanguard Theater

No Shame Theater is an open performance form where anything can happen and usually does. The “anything” includes storytelling, theater, dance, comedy, music or any hybrids thereof. Pieces must be original, under five minutes, and with minimal technical demands. Also, you can’t hurt the stage or the audience. Sign-ups start at 9:30. The first 15 sign-ups get to perform. Show starts at 10pm and is FREE to watch. (Salvage Vanguard Theater, 2803 Manor Road, Austin)

You like to move it, move it? Then head on over to Fado Irish Pub to hear DJ Hexum spin all your old (and new) dance favorites. The music is FREE and starts at 10pm. (Fado Irish Pub, 214 West 4th Street, Austin)

East Park is having their grand opening and they’re inviting you to their model home tour and neighborhood block party. There will be complimentary cocktails in the hammock garden, open green lawn for relaxing, life-size chess, Jenga and much more. Enjoy live music, local spirits, giveaways and fun right in the park from 11am-5pm. The ‘Sounds Like Home’ lineup features The Night Owls and The Whiskey Shivers. Grab your FREE VIP tickets here and skip the line. The first 250 attendees will also receive gift bags. (Easton Park, 7100 Cardinal Bloom Loop, Austin)

If you’ve attended one of the three annual Palm Park Picnics, you know exactly the potential of the Waller Creek project. Austinites come by car, bus, bike and on foot. They spread blankets and dine on local treats from picnic baskets prepared by great Austin restaurants, or enjoy the ones they packed themselves at home. They listen to music, catch up with neighbors, admire a little art and watch the sun drop behind the city skyline. Come out and enjoy the evening with friends starting at 6:30pm. (Palm Park, 711 East 3rd Street, Austin)

Paint the Town with Treehouse at Snackbar

This event has been postponed due to the weather.

Enjoy Saturday nights outdoors with FREE live music, beginning at 7pm in the Hill Country Galleria’s outdoor amphitheater.  This week’s featured artist is Warren Hood, a singer/songwriter who plays a pretty mean fiddle. Bring your blanket to lounge on during the show. Browse the vendors, order to-go food and have it delivered to your spot on the lawn! Check the Facebook event page for weather updates. (Hill Country Galleria, 12700 Hill Country Blvd, Bee Cave)

Please join Anaya Management and B&B Italia for a curated, luxury brands trunk and fashion show featuring some of Texas’ top designers paired with exclusive Italian artisans at the new B&B Italia furniture showroom. Many of the items at this show have never been seen in the USA and one collection is heading to Austin straight from the Paris Fashion Week runway! Mingle with Austin’s top fashion influencers and help Anaya Management select its modeling portfolio scholarship winner! Admission is FREE, but you’ll need to register here. (B & B Italia,  1009 West 6th St. Suite 120, Austin)

In honor of World Circus day, Trapeze Texas is joining up with Fashion X Austin Fashion week to raise funds for the Make -A- Wish Foundation! The Make -A- Wish Foundation is a non-profit organization that arranges experiences described as “wishes” to children with life-threatening medical conditions.  Join the playfulness and excitement of the circus from by hopping into a changing booth and trying on circus costumes! From ringmasters to clowns, once you’re all dressed up you will be feeling like you’re a part of the show! They will have face painting, some fun circus photo backdrops and circus props, so you can tell all your family in friends you ran away with the circus! During the event they will also be teaching classes on the Flying Trapeze. The Circus is from noon-6pm. (Trapeze Texas, 2207 East Cesar Chavez Street, Austin)

Music and FREE hot dogs! Plus, Ginny Kalmbach, owner Ginny’s Little Longhorn – the original home to Chicken $#!+ Bingo, will be there! Come on out and two-step with Dale & the Lone Stars on a fine Sunday afternoon. Dale decided that it was time to get a new hot dog machine, and a new venue for his Sunday afternoon roadhouse event. Come meet his new “girls” (chickens), Patsy, Loretta & Ginny! The Bingo starts at 3:30pm. (C-Boys Heart and Soul, 2008 South Congress Ave, Austin)

Join KUTX every Sunday from 2-6pm for FREE live music on the outdoor patio at Uncle Billy’s Brew & Que. DJ Mixer Rogers will be playing music from 2-4pm and then local bands will kick things off at 4pm. This week’s featured artist is Daniel Eyes & The Vibes. The is a show you’ll definitely want to check out! The Austin Music Awards awarded them the #2 Best New Band for 2016. The Austin Chronicle describes their sound as, “slacker punk energy with tunes that bounce between eighties Dire Straits and Police, and the rawer garage guitar of Kurt Vile.” This is band everyone’s talking about so don’t miss this FREE gig! (Uncle Billy’s, 1530 Barton Springs Road, Austin)