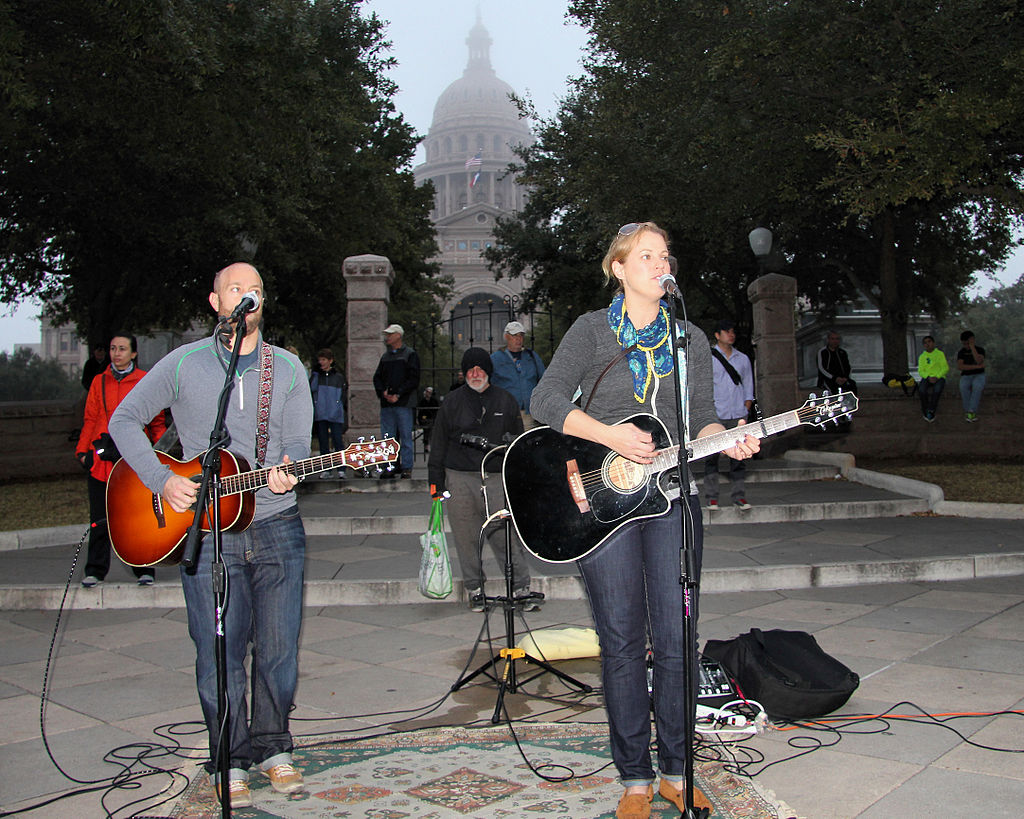 The local Fire Marshall loomed large last night when, like any good Austin concert, the Austin Music Commission hosted its monthly meeting at City Hall. The room, full of stakeholders in the local music scene, quickly filled to capacity and then some, triggering a warning about half-way through the meeting.

Don Pitts, Division Director of the ATX Music Office, was interrupted by the fire department during his briefing causing Pitts to laugh, “this may be the first commission to get an overcrowding citation.” They did not, in fact, receive a citation, but some attendees had to watch the meeting from outside until the crowd died down a bit.

The night was full of a few other firsts, though. It was the first public hearing in Austin Music Commission history, as Music Commission Chair Gavin Garcia from District 4 noted during the call to order. Ten of 11 music commissioners attended making it the largest meeting of commissioners in the history, as well, thanks to the new 10-1 voting district divisions. Previously there were just 7 members. Nearly all members of the commission are musicians or work in the music industry, which was charmingly clear as they stumbled through Robert’s Rules of Order through early parts of the meeting. Missing was Vice-Chair Marshall Escamilla.

The Citizen Communication section allowed for 10 community members to have three minutes to discuss any item that they wanted the commission to hear. Most of the five people who spoke took the opportunity to thank the commission for their work, advocate for local musicians, and to promote their own projects to help the music industry.

After Citizen Communication time it became apparent that the room was getting full as Garcia attempted to help squeeze everyone in.

Pitts then screened a video about the North American Music Summit that happened during SXSW, as well as discussed an infographic that will help build a framework to bring forth solutions in four specific areas. Those include affordable space, industry and professional development, health and educational services, and city regulations, operations, and incentives.

Garcia then asked the various commissioners to share information about the upcoming music summits that will help to facilitate the discussion of music issues with the commissioners, city council members, and their constituents. In addition, each summit will host a discussion about underdeveloped music genres in Austin as identified by the Austin Music Census Report. You can find that schedule of events here.

After that came the public hearing section of the meeting, which was full of interesting ideas that we will feature in a future post, along with the ideas that come from the music summits. Stay tuned!