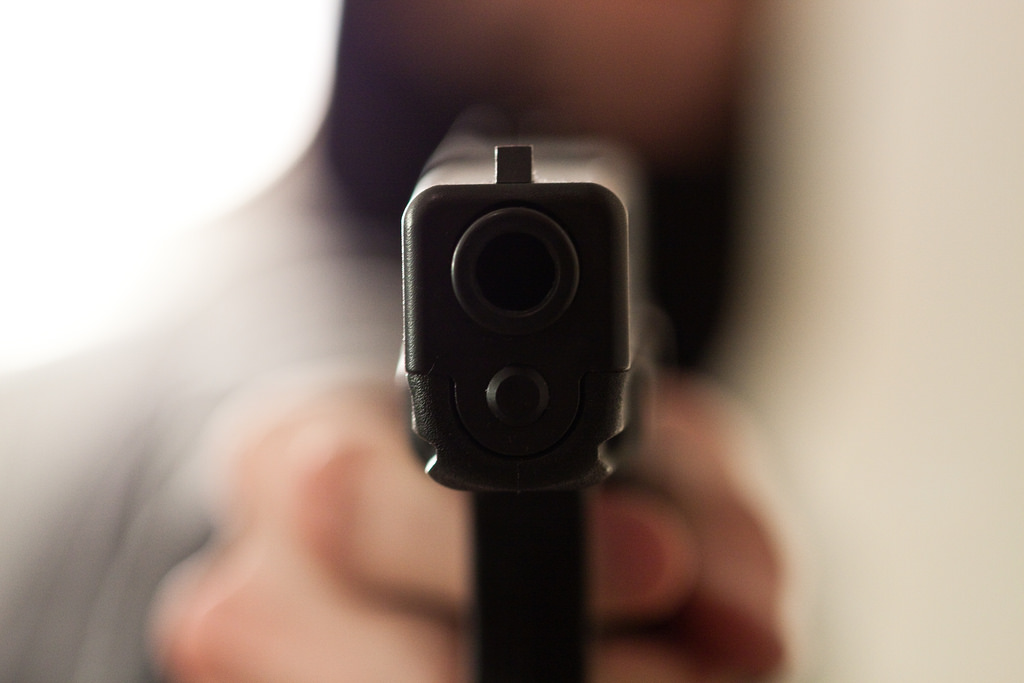 Fight Over Line Cutting Leads To Taco-Fueled Homicide In Austin

Just after bar-close at 2:38 a.m. on Sunday, May 8th, the Austin Police Department responded to a report of gunfire at what appears to be the Tortillas Hecha a Manos taco truck in Lanier Village, just south of Peyton Gin and North Lamar. When police arrived, they found 39-year-old Rigoberto Jose Castillo dead and three others injured, one critically.

You may be asking, what could have caused all this mayhem? As the story goes, it all began when someone allegedly cut in line for tacos.

According to witnesses, a fight started over who was in line for tacos first. Nobody appreciates the wait for a taco, but police say that Mr. Castillo took special exception to the alleged line-cutting when two men, Osiel Benitez Benitez, 44, and Juventino Benitez Carbajal, 38, allegedly attempted to order out of line.

Things escalated to fisticuffs between Rigoberto and Osiel Benitez, the police report says, leaving Benitez unconscious on the ground, before all hell broke loose. Police go on to claim that a moment later Carbajal went to his truck, pulled out a gun, and began firing into the group of patrons. In addition to Castillo’s death, three women were also injured.

Sources who spoke to KVUE News suggested Mr. Benitez and Mr. Carbajal could have been leaving a nearby nightclub, so alcohol might have played a part. Add being drunk to wanting a taco at 2:30 am, getting knocked out, being accused of cutting, and you have the perfect storm for an alleged homicide that sounds right out of a bad night on Dirty 6th.

Must have been one long line for one really, really good taco, and according to Yelp reviews of Tortillas Hecho a Manos, that would be accurate. Still, and again, this all allegedly happened over tacos.

Following the shooting, Benitez and Carbajal reportedly fled the scene in a maroon Toyota, not considering the possibility that anyone would be crazy enough to take down their license plate number…but one witness did. Police say an unnamed witness followed the two men to a traffic light, at which point Osiel Benitez got out of the truck and allegedly aimed a gun at their pursuer.

However, the gun jammed, so he fled. Police traced the plate to Mr. Benitez’ address and apprehended him at his home. It would seem Benitez woke up Monday afternoon hungry and possibly hungover, but with little chance of seeing another taco for a long, long time.

Of course, none of this is to imply that buying tacos at any ‘ole trailer in Austin is somehow dangerous. On the contrary, we’re still the safest big city in Texas by far, according to the statistics. Or as Texas Monthly opined recently, “Austin is basically a fairy tale land populated by elves and hobbits, with a violent crime rate roughly ⅓ that of Odessa.”

Check out this video from KVUE…