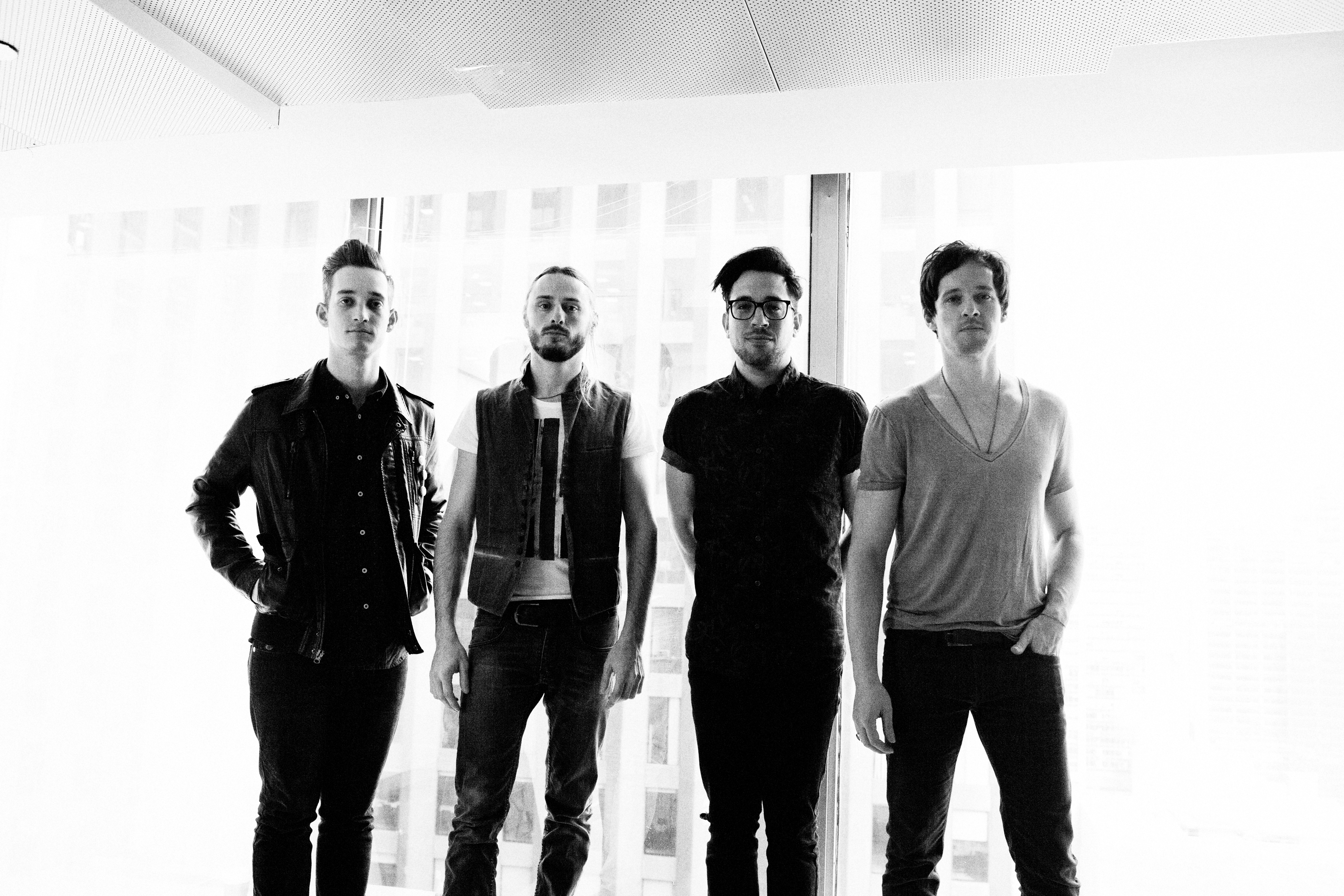 Everybody Seems To Love The Dreamy Saints of Valory

From the moment they took the RetailMeNot stage at ACL Fest 2014, it was the culmination of a dream for the indie band Saints of Valory. Since meeting as kids, Gavin Jasper, Godfrey Thompson, and Stephen Buckle have always shared a love of music. Once in Austin, they began attending ACL as fans. Like many aspiring musicians in the crowd, they envisioned themselves onstage one day. Five years after forming their own band, they made it happen. Not only did they play ACL, they owned it, proving themselves one of the most exciting bands in a weekend of exceptional music.

It was just one of many accolades for Saints of Valory, who are having one incredible year. Their latest EP, “V,” just dropped and their songs “Neon Eyes” and “Providence” are bona fide national hits. Meanwhile, they’re playing festivals like CMJ and SXSW, having the time of their lives. Last month, they hit the road with Phillip Phillips in support of their EP and will be playing several dates in California this week.

Despite it all, Gavin Jasper recently sat down with Austin.com to discuss Saints of Valory’s success. Saints of Valory sounds like no other Austin band, and with good reason. Their background is as varied as their music. As Gavin recalls, “It’s really special for us to be home in Austin, because we come from three different continents.” Gavin and Godfrey actually met in Rio de Janeiro and began playing music together as young boys. The boys and their families became incredibly close, and even when Godfrey’s family moved to Japan for seven years. Their connection never broke. Years later, in 2008, the friends reunited and added French drummer Gerard Labou to the mix. Then Stephen Buckle, who lived in Boerne, Texas at the time, joined as well. Buckle was born in Greece, but spent most of his life in Southeast Asia. He met the band when he began visiting Brazil and another lifelong bond began.

The band’s eclectic background has shaped their music in the best way. They are an indie band with a rhythmic, South American flavor that is at once sensual, lyrical and ethereal. When the band first came to Austin to rehearse and attend ACL as spectators, they discovered an oasis. “We were in our hotel room just googling the best places to play music, and we just fell in love with the city,” Gavin said. “The city just kind of took us in.”

The foursome started making music together and recorded a few tracks. The band’s first taste of fame came from an unlikely place: MySpace. As Gavin muses, “We were probably the last band to put up music on the site.” They uploaded some of their music and garnered interest from an Indie label almost immediately. “It was just one thing after the other that kept us hungry and we’re still hungry and that’s what got us to this point,” Gavin said. Like many Austin bands that struck gold, Saints of Valory credits the city for giving them time and space to expand their vision. “Moving here and uprooting everyone to come here was definitely for a reason,” he said. “We felt like we wanted to be part of the scene here, which is so rich, and this musical community, which is so strong. If you’re not good, people are going to help you. If you are good, you’re going to float to the top.”

Gavin credits local companies for supporting the band. He also believes that being from Austin commands a certain amount of respect. “People outside of Texas hear that you’re a band from Austin and they say, ‘We’ve got to pay attention to this.’”

With their unique blend of talent and an eclectic world view, Saints of Valory is only destined to become more popular. One of their highlights of their career so far has been playing sold out shows at iconic venues like Red Rocks. “When you’re on a perpetual tour like we are, you start to get excited about places you have yet to play, like Club Nokia in LA. That’s what gets us all pumped up.” Even though the band is still on the road, they have been recording and writing new music. Every year the band has new goals for itself, including playing some big shows in Austin next year. With British and South American tours on the calendar, Saints of Valory is putting Austin on the global stage and showing no signs of letting up.

Check out this video of their hit, “Neon Eyes.”