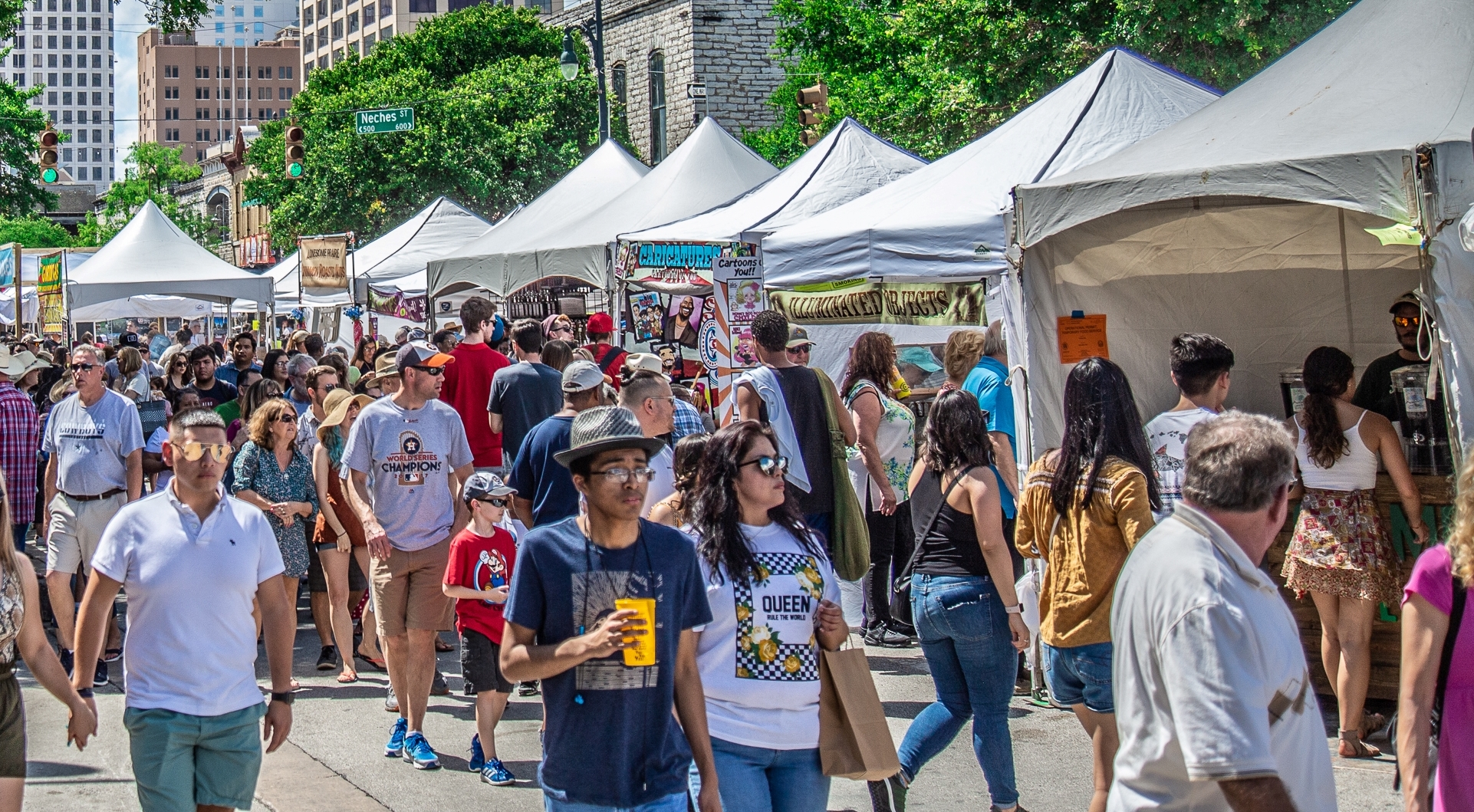 The Pecan Street Festival is a free two-day arts festival held twice yearly in downtown Austin’s Sixth Street Historic District. Taking place the first Saturday & Sunday in May and the last Saturday & Sunday in September, the juried festival attracts hundreds of local and national artisans offering original handcrafted creations in a variety of mediums, from metal, wood, fiber, clay, leather, glass and stone to repurposed materials of all kinds.

Like Austin itself, Pecan Street Festival attendees are diverse. Some come to buy art, others come for the food or the music, but they all come to take part in a tradition that is 100% Austin and has been known for more than three decades as a great way to spend a weekend. The festival has been managed by Special Events Live since 2006.

– Thirty food vendors located throughout the festival offer both indulgent and healthy options from crepes, funnel cakes and regional cuisine, to smoothies and fresh squeezed lemonade.

GIVING BACK TO THE COMMUNITY:

The Pecan Street Festival takes place in the Sixth Street Historic District between Brazos Street and Interstate 35 in the heart of Austin’s business and live entertainment district — the very stretch that contributed the city’s designation as the Live Music Capital of the World. Lined with many of Austin’s oldest and most storied structures, some of which date from the 1800s, Sixth Street is populated with entertainment venues, art galleries, cafes, restaurants and retailers. The area is listed on the National Register of Historic Places.

WHY IT IS CALLED “PECAN STREET FESTIVAL”:

When Edwin Waller designed Austin’s street grid, he named north-south streets after Texas rivers and recommended numeric designations for east-west streets. Instead, they were named after trees. That decision was later reversed, and they were renamed with numbers. Though Pecan Street became Sixth Street, the festival honors its original name.