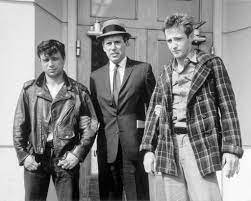 Based on Truman Capote’s revolutionary true crime “novel” of the same name, IN COLD BLOOD follows two ex-cons who murder a family in a robbery attempt, before going on the run from the authorities. The police try to piece together the details of the murder in an attempt to track down the killers. Directed by Richard Brooks, starring Robert Blake, Scott Wilson, and John Forsythe.

Rated R, and very intense. Not recommended for young viewers.

All are welcome, and feel free to bring a comfy cushion or chair, and snacks!