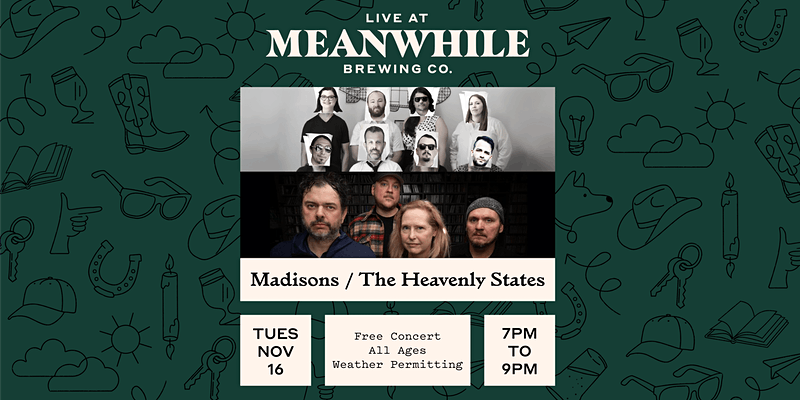 Join us on Tuesday Nov 16th for a concert on the Meanwhile outdoor stage!

“An album packed full of solid tunes. … They are too good to be just tossed in the mix with the few thousand bands out there fighting for an audience. ”— No Depression

The Heavenly States (formed in 2002) have made news and garnered outstanding reviews and features in Newsweek, The Washington Post, Billboard, Spinner, The Los Angeles Times, Rolling Stone, Spin, and NPR’s All Songs Considered