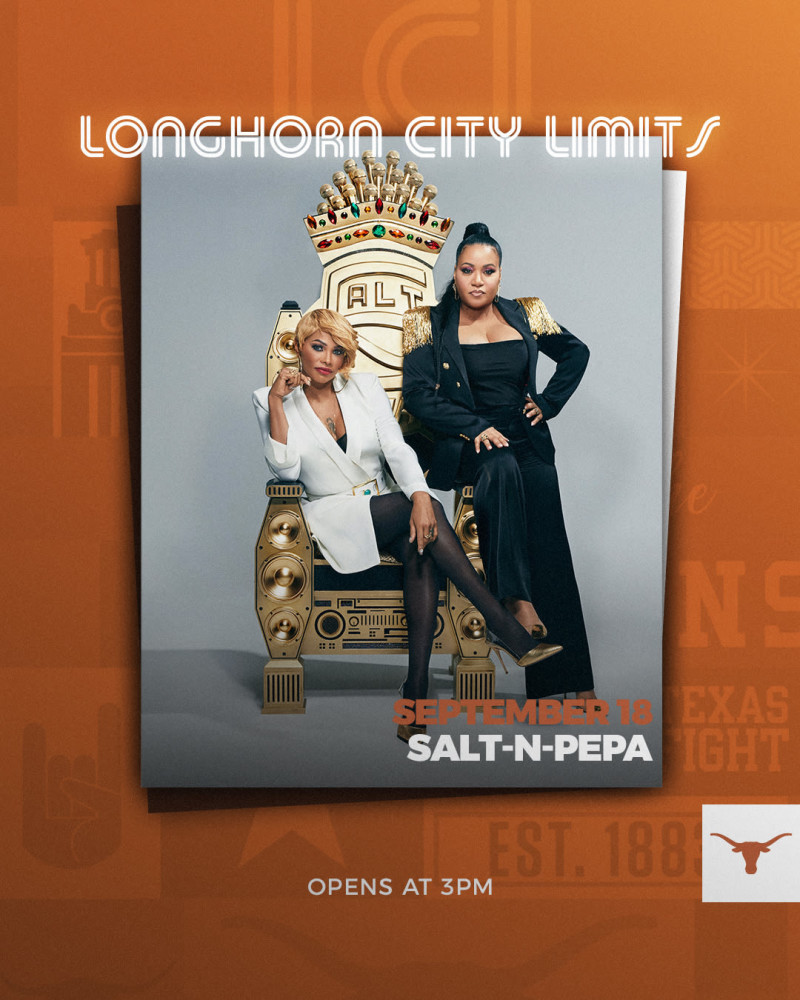 International hip-hop icons Salt-N-Pepa will headline Longhorn City Limits prior to Texas Football’s game versus Rice on September 18. LCL, the acclaimed gameday concert series, opens at 2 p.m. on the LBJ Lawn, located on the northeast corner of DKR-Texas Memorial Stadium, with FREE pregame and postgame activities. All concerts are FREE and open to the public.

“Salt-N-Pepa have influenced millions of fans and an entire generation of artists during their illustrious career,” said Vice President and Director for Athletics Chris Del Conte. “We can’t wait for Longhorn Nation to enjoy the hip-hop icons at Longhorn City Limits on September 18.”

“Push It” — Salt-N-Pepa’s signature party-pumping anthem started out meaning one thing and turned out to mean something else. Something bigger. Because in a 35-year-career that took them from Queens to rap royalty, the duo of Cheryl “Salt” James and Sandra “Pepa” Denton have pushed it real good as a trailblazing duo that changed the game for women in hip-hop. In the golden age of the genre that they helped put on the music map, they became, quite simply, the First Ladies of Hip-Hop.