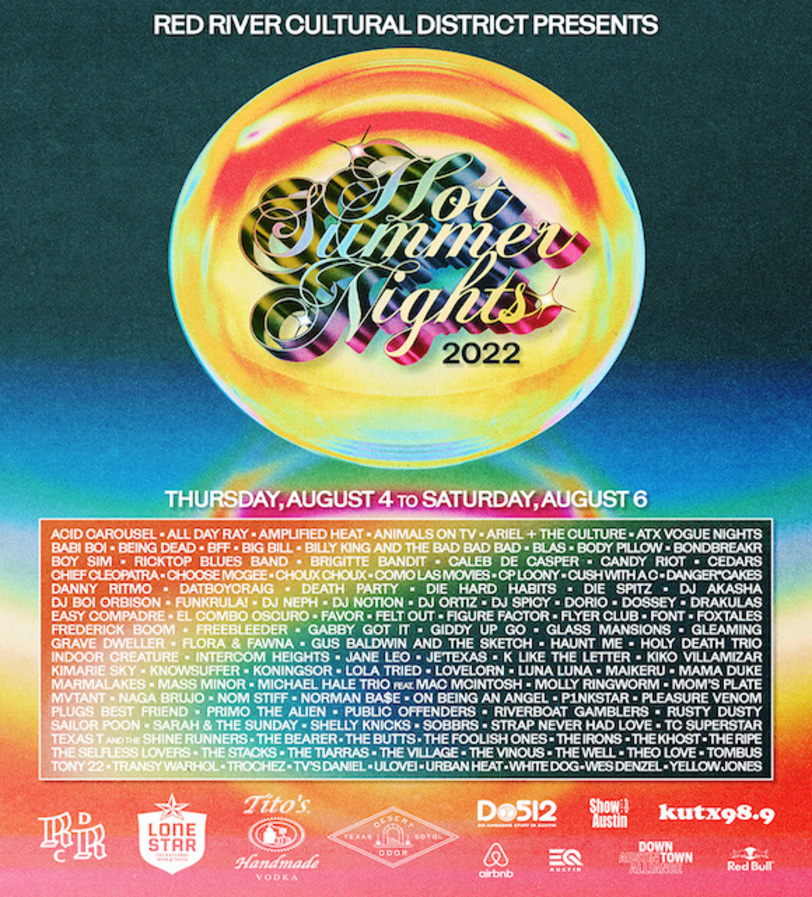 Founded in 2017 as the RRCD’s first official district-wide event, Hot Summer Nights was originally created in an effort to provide additional revenue to district members, as well as local musicians and staff during the traditionally slower summer months. As a complement to the District’s other annual festival held in early January, Free Week, Hot Summer Nights has grown into one of the most beloved annual events in the “Live Music Capital of the World” while playing host to tens of thousands of attendees and providing a positive economic impact on the local community.

Proceeds this year will go on to further support the RRCD’s ongoing charitable and programs that regularly support Austin’s live music community including creative, service, hospitality, and production sector workers. Over the past three years, RRCD has awarded $255,000 across 3,000+ individual grants to date.

Festival organizers at the RRCD would like to thank the many sponsors who have helped to make this year’s music festival possible including Lone Star, Tito’s, Desert Door, Red Bull, Airbnb, EQ Austin, and Downtown Austin Alliance as well as media partners including Do512, KUTX-FM (98.9 FM), and ShowListAustin.