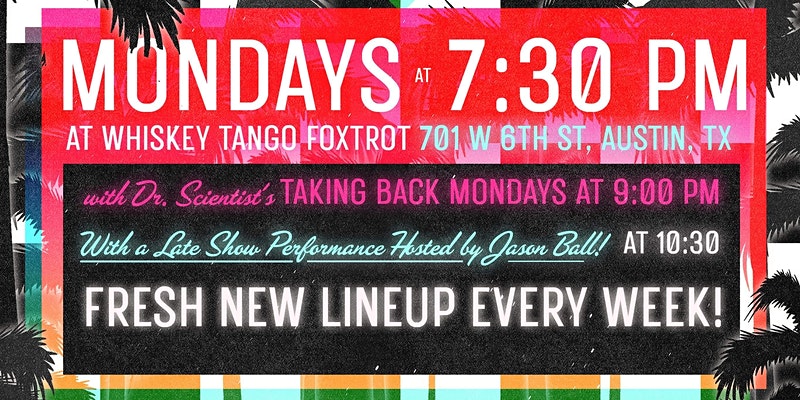 Music starts at 7 from the best singer song writer in Austin, Trevor O’Connor from Dr Scientist! Comedy starts in the small room at 730 with the sickest, hottest and best Comedians from Austin and all over the ding dong dang country! Hosted by Ian John. AND THE MIGHTY Dr Scientist plays between the comedy shows on the main stage so we can catch our breath after the goofs and dinking around! The late show at 1030, if you can’t make the early show hosted by Jason Ball. we have something for everyone! Food is also half off on Mondays! let’s go whiskey tango (foxtrot) The show is free so stop down and slam a few beers with the crew!