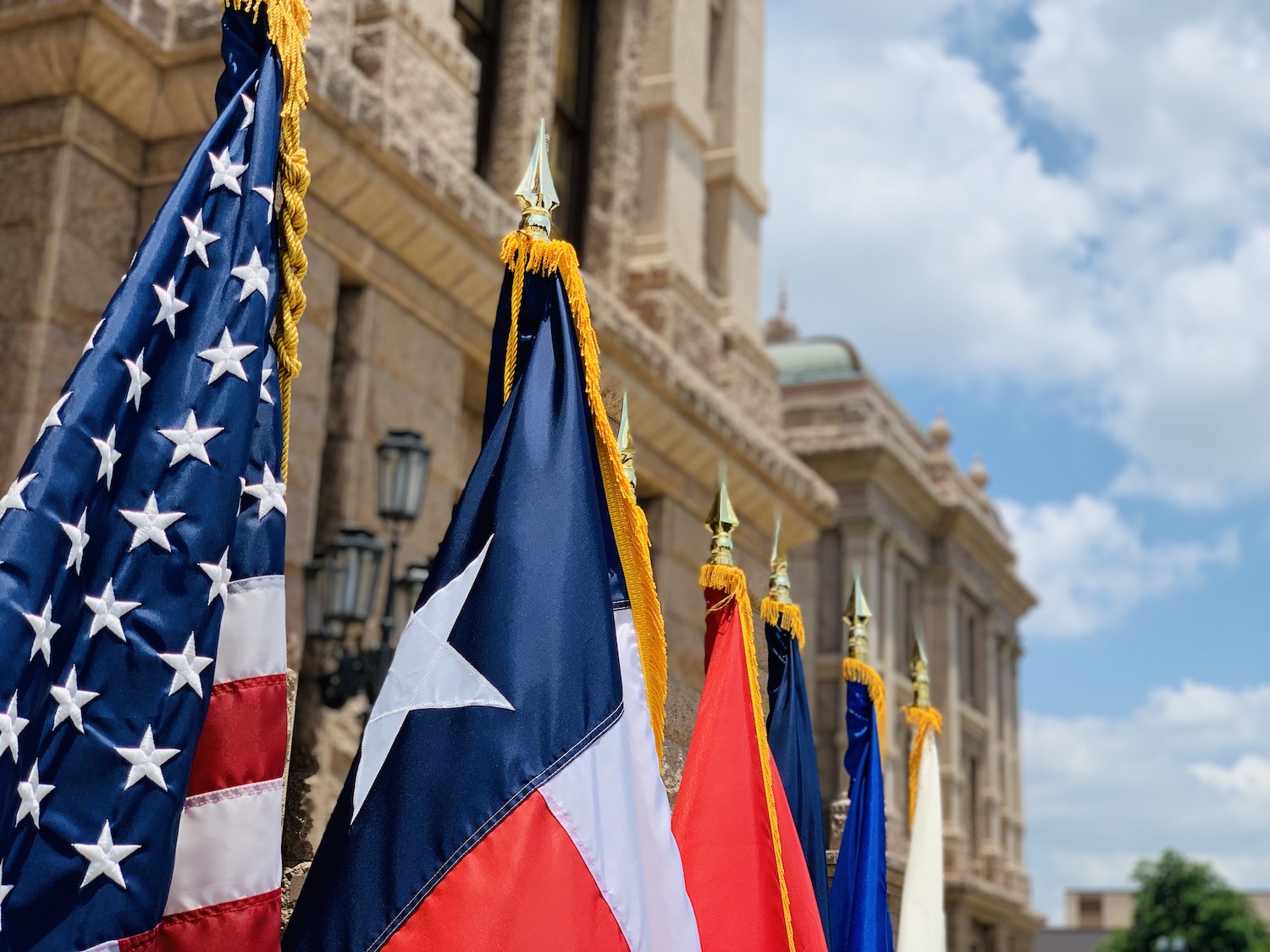 The annual Veterans’ Day Parade is usually held on November 11of each year, in downtown Austin, Texas. The event kicks off at 9:30 AM from the Ann Richards / Congress Avenue Bridge and travels up to the Texas State Capitol Building. Viewing is available all along Congress Avenue and there will be a reviewing stand at the Stephen F. Austin Hotel at Congress and 7th. Stay for the 11 AM Ceremony at the South steps of the state Capitol.

This year’s theme for the Travis County and City of Austin Veterans’ Day Parade and Memorial Ceremony at the South Steps of the State Capitol will be announced after the events are approved.  The Department of Veterans Affairs will announce the 2021 theme as the time draws near. Many people will be wearing or passing out red poppies. The practice of wearing of poppies takes its origin from the poem In Flanders Fields, written in 1915 by John McCrae.