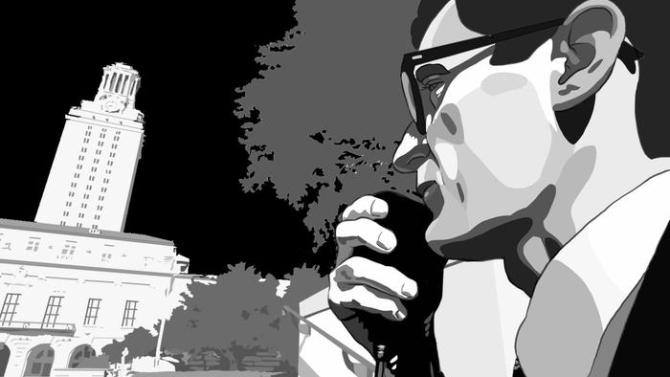 Join film-makers and survivors at the Bullock Museum for a special screening of TOWER, the award-winning documentary that traces the 1966 mass-shooting at the University of Texas at Austin.

-Q&A following the screening with filmmakers, survivors, and eye witnesses of the shooting.

Tickets are $12 for members/college students and $15 for non-members.

About the Film:
On August 1st, 1966, a sniper rode the elevator to the top floor of the University of Texas Tower and opened fire, holding the campus hostage for 96 minutes. When the gunshots were finally silenced, the toll included 16 dead, three dozen wounded, and a shaken nation left trying to understand. Combining archival footage with rotoscopic animation in a dynamic, never-before-seen way, TOWER reveals the untold stories of the witnesses and survivors of America’s first mass school shooting, when the worst in one man brought out the best in so many others.

TOWER explores this untold history through the first-person stories of seven specific characters: two students who were shot that day, the two police officers who ended the siege, two civilians who inserted themselves into the story to provide aid to victims and police, and the radio reporter who broadcast live from the scene for more than an hour and a half, and whose broadcast was picked up nationally, bringing the events in Austin to listeners around the nation. Exploring the ways in which this tragedy affected our characters over a lifetime offers a window into the wide spectrum of human response and recovery. The importance of sharing one’s experience openly and creating community with fellow victims and witnesses is illustrated through the regrets and revelations of our characters over the course of fifty years.