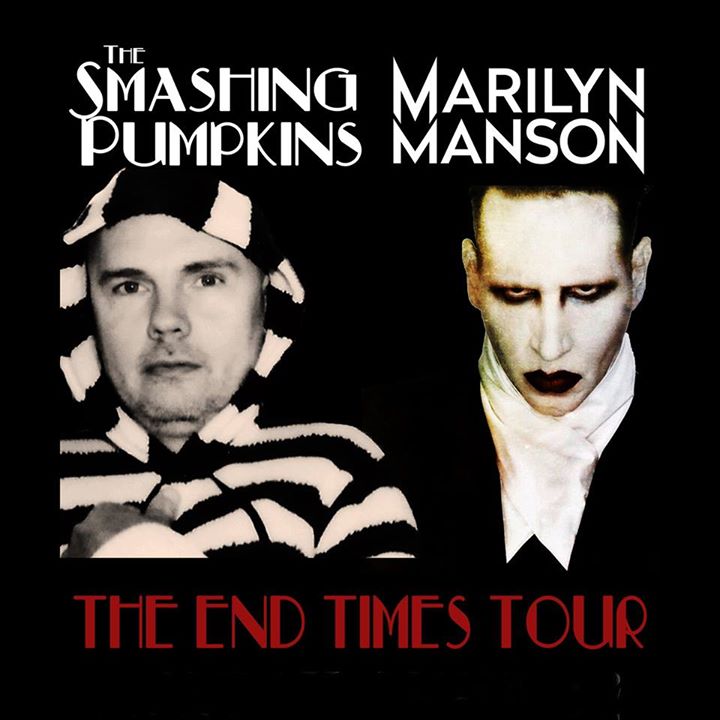 THE SMASHING PUMPKINS and MARILYN MANSON are joining forces to co-headline The End Times Tour. The tour will span 23 dates in support of Marilyn Manson’s The Pale Emperor and The Smashing Pumpkins’ Monuments To An Elegy.

For more information, fans can go to thesmashingpumpkins.com and marilynmanson.com.

Monuments To An Elegy, The Smashing Pumpkins’ 8th studio album was released on December 9th to rave reviews via Martha’s Music/BMG as part of their ongoing work-in-progress Teargarden By Kaleidyscope. Click here to buy Monuments To An Elegy. Marilyn Manson’s critically acclaimed album The Pale Emperor is available now via Loma Vista by clicking here.