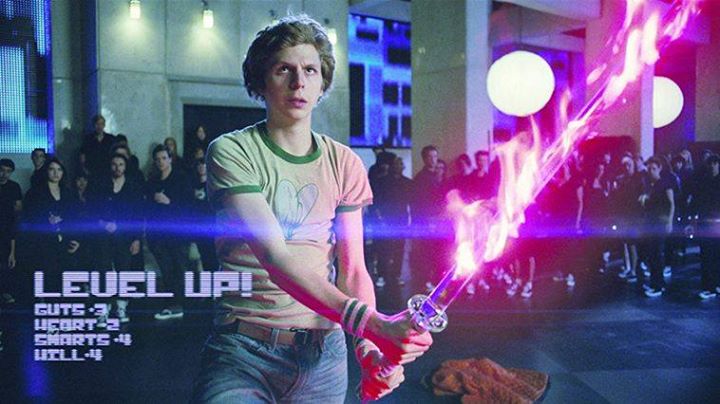 SCOTT PILGRIM VS. THE WORLD is a film of pure joy. A love letter to geek culture from Edgar Wright and Bryan Lee O’Malley, this film was criminally underappreciated during its initial theatrical release, but of course Alamo audiences immediately knew we had something special on our hands and so a bunch of us flocked to the theater to watch it again and again. All of those repeat viewings led to an even deeper appreciation of the film, and before long we noticed that a lot of lines from the movie had crept into our every day speech.

“I have to go pee due to boredom.”

“You punched me in the boob! Prepare to die, obviously.”

Okay, we don’t have a lot of occasion to use that last one, but any time a boob is punched that is definitely the line we use. The point is, we love love love SCOTT PILGRIM so much that you could say we’re in lesbians with this movie. Not only that, but the film itself is so romantic, albeit in a somewhat strange way, because when Scott realizes that he wasn’t just fighting for Ramona and was also… wait. That might be a spoiler to some of you.

We’ll also have lightning sticks for everyone to use whenever we’re rocking out with Sex Bob-omb or fighing off an evil ex, and every time an ex is destroyed we’ll shower the theater in gold coins. It’s the SCOTT PILGRIM VS THE WORLD Movie Party, and it will punch the highlights right out of your hair.