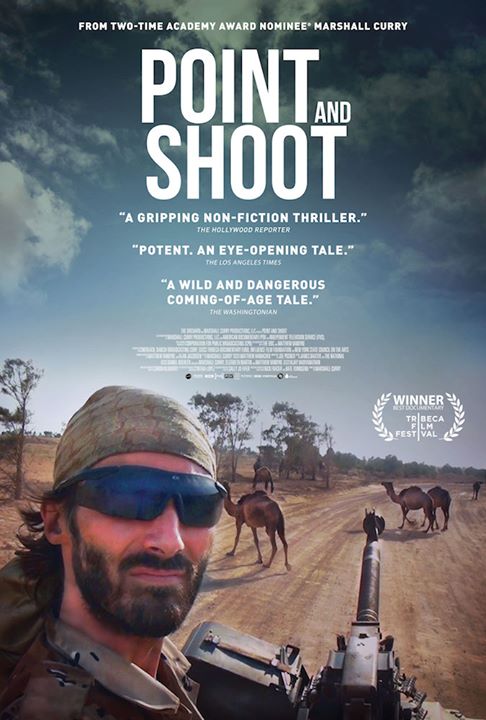 POV has broadcast every feature documentary by two-time Academy Award nominee Marshall Curry for 10 years, starting with 2005′s Street Fight. Point and Shoot is the fourth. It follows Matt VanDyke, a timid 27-year-old with Obsessive Compulsive Disorder, who left home in Baltimore in 2006 and set off on a self-described “crash course in manhood”. He bought a motorcycle and a video camera and began a three-year, 35,000-mile motorcycle trip through Northern Africa and the Middle East. When revolution broke out in Libya, he joined in the fight against Muammar Gaddafi and spent six months in solitary confinement.

A co-production of ITVS. Winner of the Best Documentary Feature award at the 2014 Tribeca Film Festival.

This screening is free and open to the public. This event is a collaboration with the award-winning documentary series POV (www.pbs.org/pov).