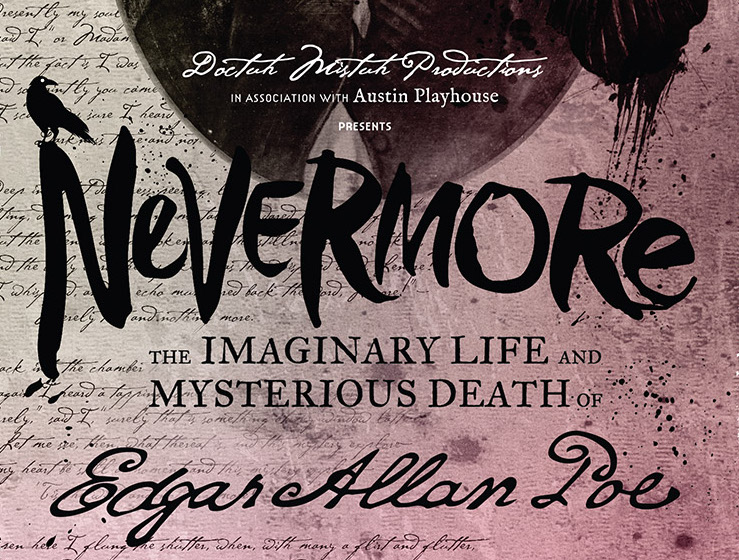 – In keeping with its mission of bringing Off-Broadway and lesser known shows to Austin, Doctuh Mistuh Productions in association with Austin Playhouse presents the regional premiere of Nevermore, The Imaginary Life and Mysterious Death of Edgar Allan Poe, running October 21 – November 5, 2016.

Through a chilling score and evocative imagery, Nevermore fuses fact and fiction to explore the tragic life of one of America’s most fascinating and iconic writers, Edgar Allan Poe. The musical play was originally written, composed and directed by Jonathan Christenson for the Catalyst Theatre of Edmonton in 2009. The production subsequently toured internationally, playing at the New Victory Theatre in 2010 and New World Stages in 2015, where it received very enthusiastic audiences and sold-out houses.