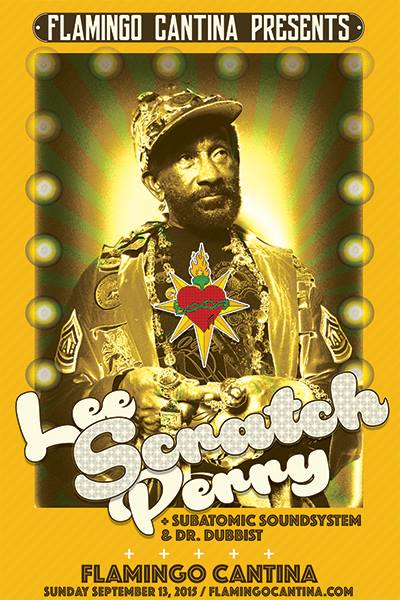 Lee “Scratch” Perry is considered one of the most influential producers/mixers and songwriters in reggae. He is thought of as a genius/part madman who early on helped shape the future of reggae and dub, having mixed some of the early Bob Marley material as well as the Congos and others. Perry won a Grammy in 2003 for “Jamaican ET”, and now at 79 years old, is still performing and writing. He will be performing with New York City’s SubAtomic Soundsystem. Dr. Dubbist opens the show; Winstons’ Kitchen will have Jamaican fare available.