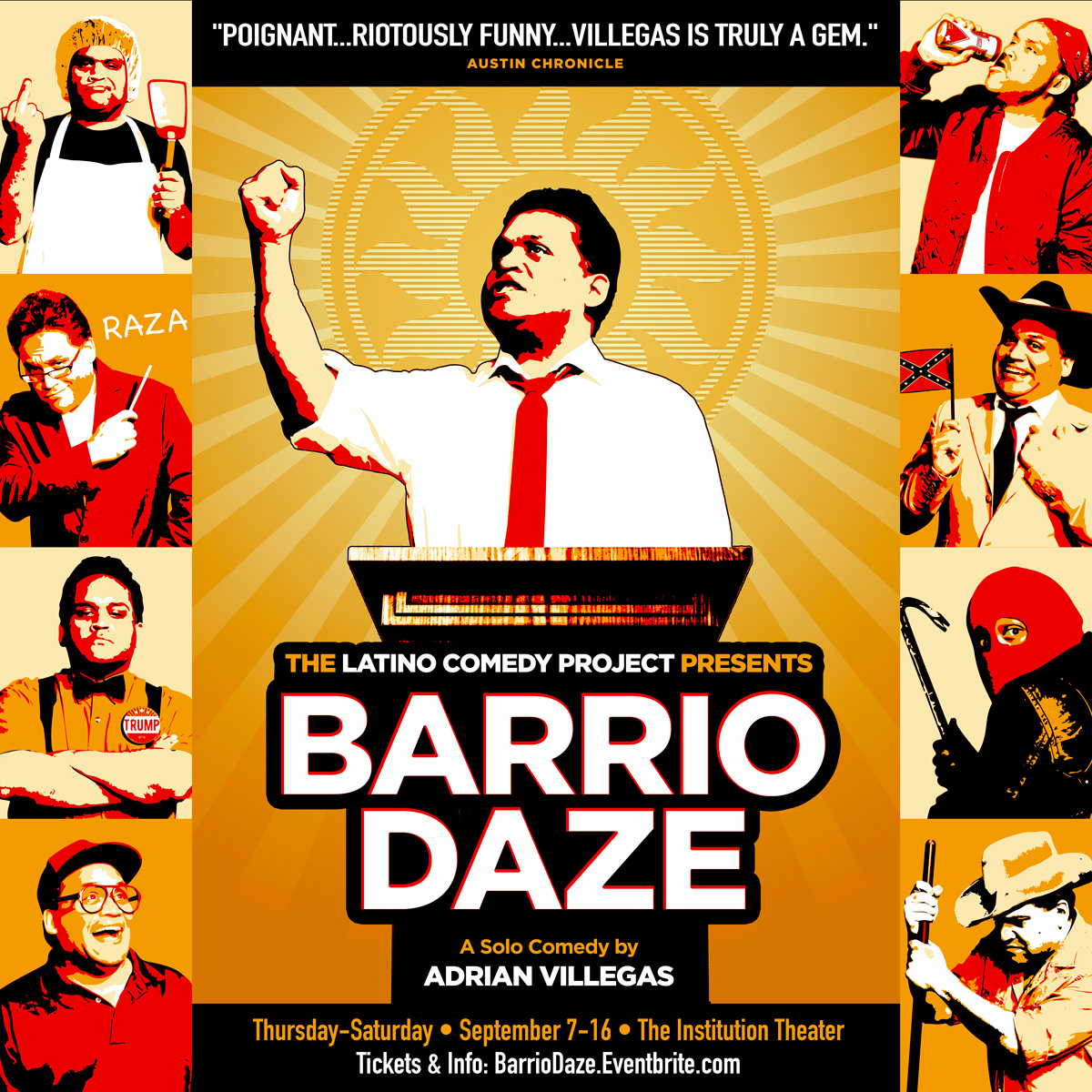 In Trump’s America, minority communities everywhere are under attack.

In the one-man comedy “Barrio Daze,” the ‘hood strikes back.

Set against the backdrop of a tumultuous national election, “Barrio Daze” is a sprawling and irreverent one-man tour through a single day in the barrio.

On a fateful Election Day, the diverse lives of “Barrio Daze”‘s characters overlap and collide in surprising ways, culminating with the outcome of a heated Senatorial race between a well-funded, rabidly conservative good-‘ol boy politician and the inspiring grass-roots campaign of a humble Chicano school teacher.

Other “Barrio Daze” characters include a sage yet amusingly quick-tempered Tex-Mex bus driver; a clueless burger-flipping high-school drop-out; a hard-working undocumented immigrant; and a culturally conflicted Hispanic “coconut” in the employ of a prominent right-wing politician.

“Barrio Daze” mixes cultural humor and pointed social commentary for a fast-paced, laugh-out-loud funny portrait of Latino life in America, offering a message of defiance and uplift to a community under siege.

In “Barrio Daze,” hope comes to the ‘hood.

In addition to his solo work, Villegas is also a writer, performer, and Artistic Director of The Latino Comedy Project (LCP), an Emmy-nominated multimedia sketch troupe whose most recent show “Gentrif*cked” recently closed a sold-out Austin run.

The LCP’s YouTube comedy videos have received over fourteen million views worldwide and a comedy ad campaign they created for MTVTres was nominated for an Emmy Award.

“‘Barrio Daze’ is both absurdly funny and dead-on insightful…A series of damn funny and poignant sketches…The characters expand beyond their caricatures, becoming well-drawn, multifaceted individuals with thought-provoking stories. This is laugh-out-loud material. Adrian Villegas is truly a gem.”

“Barrio Daze’s writing is very witty, but most importantly it is perceptive…Villegas takes on the shapes and physical idiosyncrasies of his characters, providing a depth that doesn’t rely on text alone, and manages to present them with an engaging sense of humanity…Adrian Villegas is an intelligent playwright and an exciting performer.”

“Barrio Daze is a free-for-all of social satire, profane barbs at Anglos, and wicked self-mockery. The only answer is helpless laughter. Mr. Villegas’ gift is in making we, the different people, laugh together.”