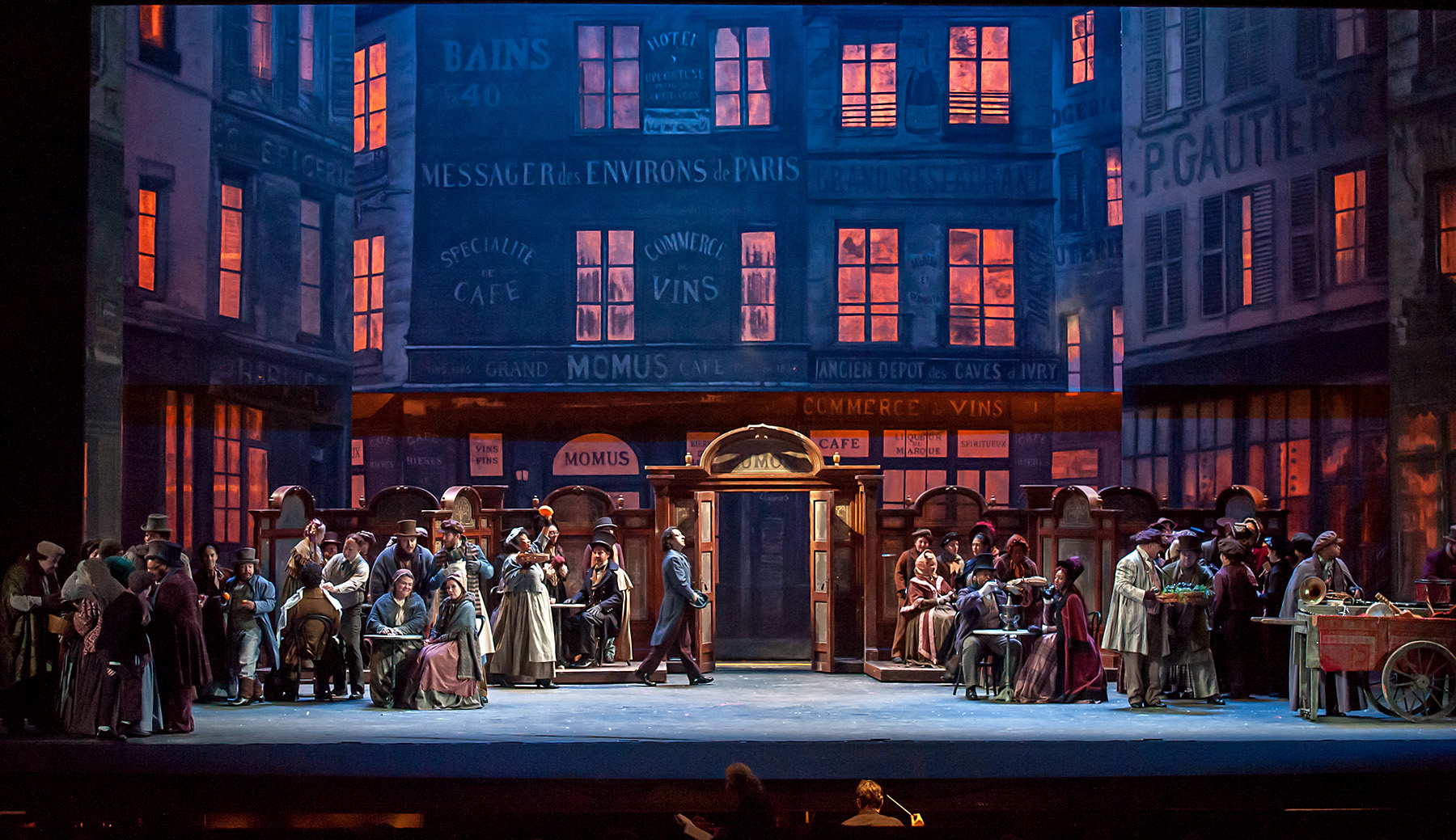 Deep in the heart of Paris’s Latin Quarter—where music and dancing swirl nightly at the Café Momus— Mimì, a lovely seamstress of delicate health,  meets handsome poet Rodolfo. Eccentric singer Musetta flirts and feuds with painter Marcello. And philosopher Colline and musician Schaunard do their best to distract the landlord from the rent.

Puccini’s sweeping story of young bohemians struggling to fulfill their dreams and find true love contains some of the most beloved music in all of opera. La bohème is frequently referenced in popular culture—from the Academy Award–winning film Moonstruck to the Tony–winning musical Rent—making the story and its music instantly recognizable to even newcomers to opera.

This exquisite production is a traditional telling  of the classic tale, from the iconic Christmas Eve panorama in the riotous Café Momus scene in Act II to the dreamy snowscape at the city’s gate in Act III.

The City of Light’s snowy streets, drafty tenements, and nightclub diversions come to life in a production certain to linger in the memory long after its final heartrending scene.