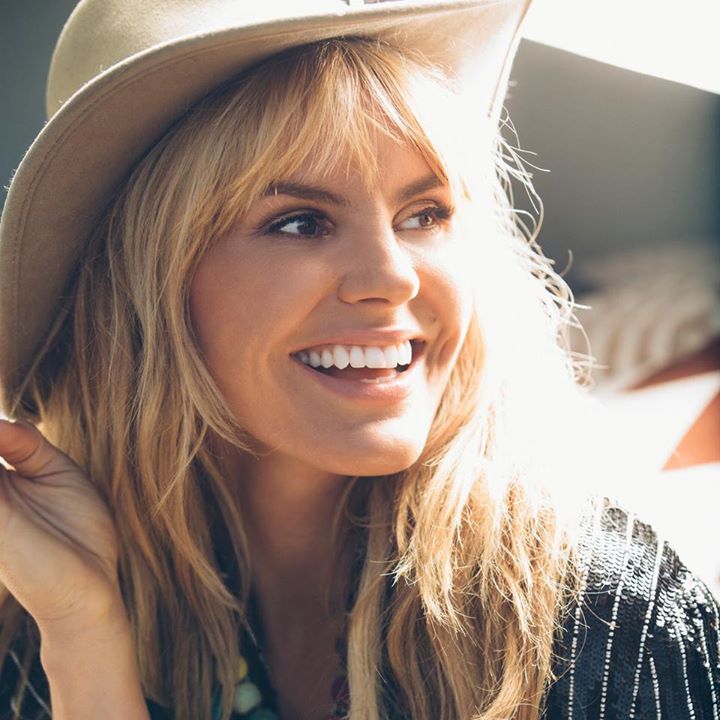 Grace Potter’s epic musical journey reaches a new milestone with the arrival of her solo debut, Midnight (released this August on Hollywood Records), an inspired work that is surprising, revelatory, and wildly original.

Midnight was recorded and mixed at Barefoot Studios in Hollywood with producer Eric Valentine, whose own diverse discography – from Queens of the Stone Age to Nickel Creek – evidences a simliarly adventurous spirit and openness to possibility. If Valentine’s studio work as a distinguising characteristic, it’s his hard-hitting sonic signature, which is on display throughout Midnight’s dozen tracks. The core studio band consisted of Potter and Valentine on most of the instruments, with Burr on drums and purcussion. In addition, members of Potter’s longtime band The Nocturnals: guitarists Scott Tournet and Benny Yurco and bassist Michael Libramento contributed to the sessions, as well as former tour-mates and friends including singer-songwriter Rayland Baxter, Audra Mae, Noelle Skaggs of Fitz & the Tantrums, Wayne Coyne of The Flaming Lips, and Nick Oliveri of Queens of the Stone Age.

“This album is about embracing life as it comes at you – with all its unexpected twists and turns,” says Potter. “I took a much more open approach to songwriting than I have in the past – probably because it was unavoidable. I’ve experienced a huge amount of growth and change in the past two years – both personal and professional, and it can be overwhelming for an artist to find ways to express that in a vacuum. So I tried to strip away the confines of other people’s expectations. I started tapping into some of the deep-running themes that have shaped me into the human I’ve become, and as I went deeper and deeper, I found the results to be insanely satisfying.”

The bands and artists that captivate me,” Potter explains, “are the ones who are always pushing it, always taking risks. A great musician can shine in any genre. I refuse to make the same kind of record over and over—that’s not how art works for me. The worst thing an artist can do,” she asserts, “is what is expected of them.”

The seeds for what would become Midnight were planted by Potter at home, in Vermont, in the fall of 2013. “I had been messing around for a few weeks with making really wacked-out home demos – lots of sounds, beats and melodies that I had never tried before,” she recalls. “It was a dark, stormy, moody day and I could hear the thunder in the distance – these big ominous clouds were rolling in fast. There was something about that threat of inclement weather beyond my control that just made me vibrate with anticipation and adrenaline, so I channeled it into this heavy boogie song—it goes right for the throat and says ‘Own your existence on earth, because who knows what’s gonna happen next.’ That solitary moment guided everything that followed, and “Alive Tonight” was the beginning of it.”

“I’ve been a Nocturnal for a decade….but I’ve been a musician forever. I’ve got a lot of different influences and creative impulses and I can’t always use my band as my springboard. Sure, I could’ve called this a GPN record, but why would I slap a sticker on an apple and call it an orange? Just to keep a few people from freaking out? Shit no! I have a responsibility to the legacy we built. It was hard. It was scary, but it was the right time to jump off with my own momentum – to open the door a little wider so the world can see another side, see what else turns me on. I’m mixing it up, doing something different…feels fucking awesome,” Potter says with a smile and a defiant shrug.

“In many ways, Midnight feels like a new beginning, but really, it’s a continuation of my story. I’ve always taken chances and sharp turns. So here I am again wandering into completely uncharted waters—just laying it all out there because ‘why not?’ I have absolutely no control over how this music will be received, and that’s OK. The risk is mine, and I’m taking it with all my heart.”