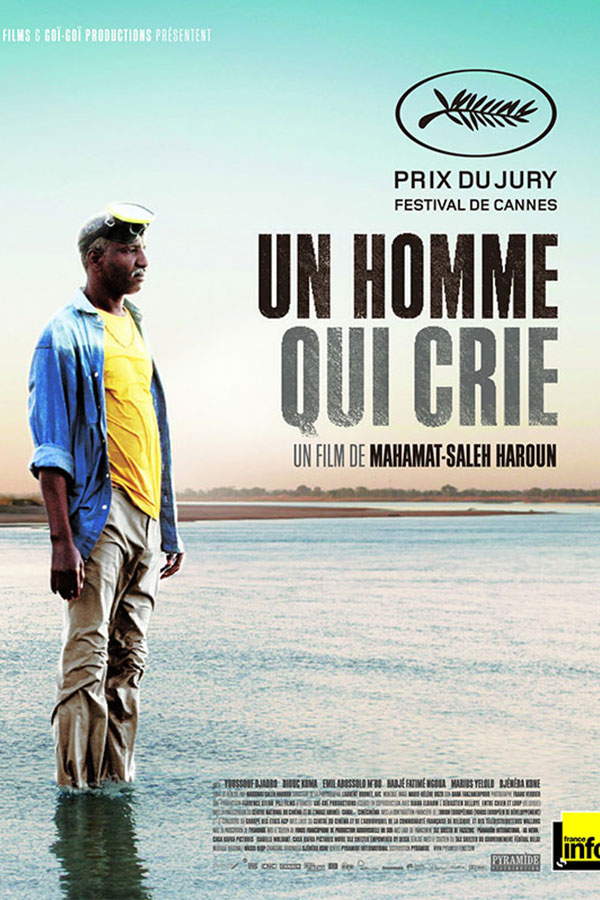 Join the Bullock Museum for a screening and conversation about Mahamat-Saleh Haroun’s film Un homme qui crie (A Screaming Man).

A 60-something former swimming champion, Adam, is a pool attendant at a hotel in Chad and is forced to give up his job to his son, Abdel. Meanwhile the country is in the throes of civil war and authorities demand the population to contribute to the “war effort,” with money or volunteers old enough to fight. In a moment of weakness, Adam makes a decision that he will forever regret.