For King & Country with Moriah Peters 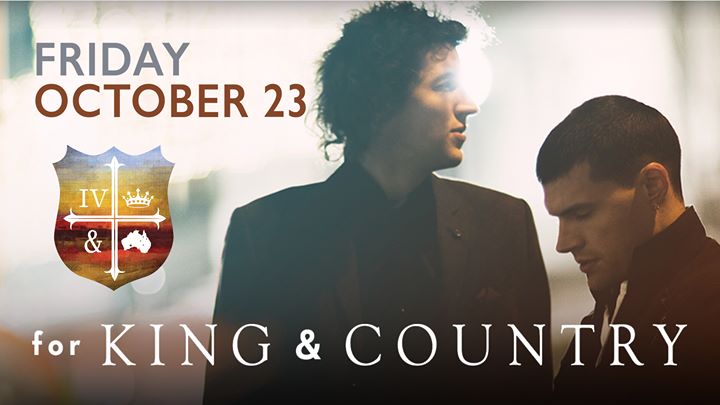 for KING & COUNTRY first caught the attention of the mainstream in America around the time that Billboard magazine named them one of the publication’s “New Artists to Watch for 2012. Since then they have made good on that prophecy with album sales topping 450,000. Their debut, Crave, made them not just a blip on the radar, but put for KING & COUNTRY on the map with 410,000 track sales and 9.5 million streams. Two years later, Run Wild. Live Free. Run Strong. celebrated an even stronger start, debuting at No. 13 on the Billboard Top 200 Album Chart and at No. 2 on iTunes. The Australian brothers Joel and Luke Smallbone, the core of for KING & COUNTRY, received their first Grammy Award wins earlier this year.

Doors will open one (1) hour prior to event time. Each ticket includes a $1.25 Charity Fee.