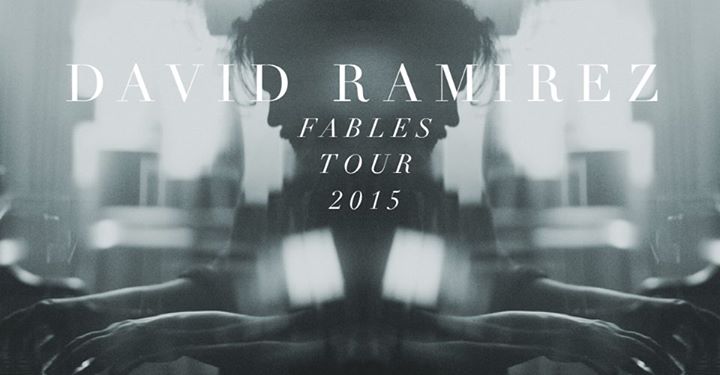 A man and his guitar…honest, unfiltered and true. In a landscape filled with Top 40 beats and harmonizing folk groups, a lone singer-songwriter definitely has his work cut out for him. But David Ramirez isn’t looking to top the charts. He just wants to tell the truth.
“I grew up on 90’s alternative radio. It was fun and easy. In college someone gave me a Ryan Adams record, which led me to discover artists like Bob Dylan. From those guys I learned about the power of words and melody and their ability to affect change in people. That honesty made me want to connect with people through music”.

Being just as drawn to artists like Dylan and Adams as he is to The National and Arcade Fire is perhaps what draws both young college crowds and folk traditionalists to his live shows. In 2012, Ramirez played over 175 shows in theaters, clubs, bars and listening rooms from Burlington, VT to San Diego, CA. A Fall 2012 co-headline tour with Noah Gundersen saw many sell-out shows and grew his loyal fan base. “I’ve been humbled by the response I’ve received from people. Not only do they come to a show or two but they seem to be in it for the long haul. Touring can be tough, but knowing that people around the country are excited to be a part of my music brings so much joy and meaning to the miles”.

Ramirez’s career has spanned 2 full lengths and 3 EP’s. His 2012 independently released album, Apologies debuted at #2 on iTunes Singer-Songwriter charts and #23 on Billboard Folk, garnering praise from The New York Times, American Songwriter and PASTE. Hometown magazine Austin Monthly calls Ramirez “one of Americana’s great undiscovered songwriters…” His latest release is The Rooster EP. Produced in 6 days by Ramirez and Danny Reisch (Shearwater, Okkervill River, White Denim), the 5 songs explore new sounds and test the limits of the folk/singer-songwriter genre. “The songs themselves are still rooted in folk, but I wanted to experiment with different sounds and textures. It’s subtle but it’s strong”.

David Ramirez knows no luxury. All he needs is an acoustic guitar and the words in his mouth to share his story. One that is honest, unfiltered and true.