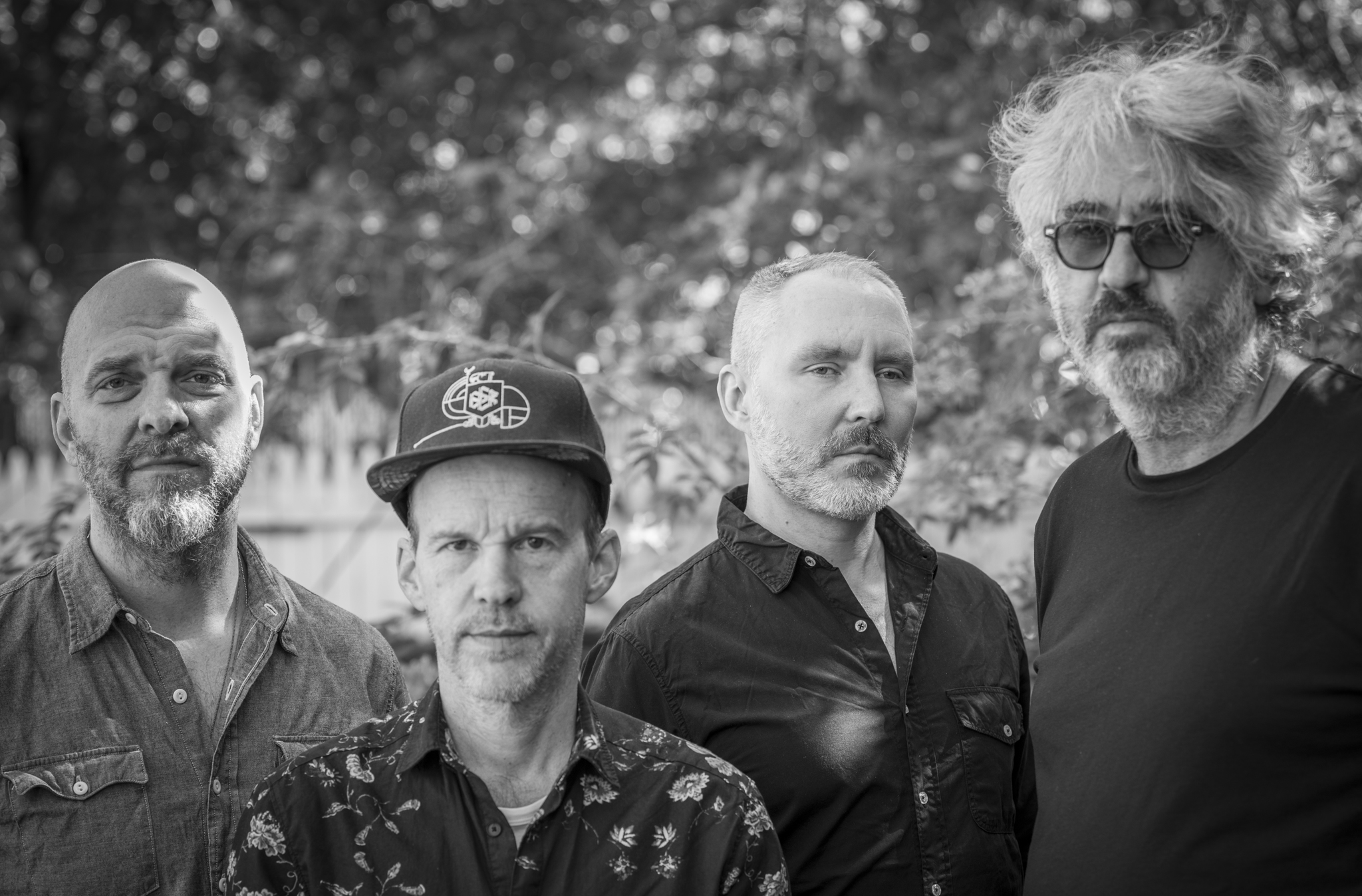 Broken Shadows is a quartet of kindred spirits communing over shared loves and common inspirations, radiating not only homage but aspiration – to make music with deep roots reach out into the present moment, alive and attuned and moving through our air now. These four musicians hailing from the urban northern half of America – Tim Berne, Chris Speed, Reid Anderson and Dave King – have banded together to reinterpret the timeless sounds conjured by great men from the rural South and heartland of the country: Ornette Coleman, Julius Hemphill, Dewey Redman, Charlie Haden. These iconic figures created an ever-resonant avant-garde out of the folk-art influences of their early surroundings, a canon that comprises the hard blues and deep lament, keening celebration and hollering protest. Wound through the DNA of such avant-jazz classics as “Dogon A.D.,” “Lonely Woman,” “Civilization Day,” “Walls- Bridges” and “Song for Ché” are the age-old sounds of back-alley bars and carnival midways, funeral processions and holiday parades, the rave-ups of Saturday night shading into the hymns of Sunday morning. The way saxophonists Berne and Speed perform this music with the bass-and-drum team of Anderson and King has a rocking, roughhewn harmonic convergence wholly in keeping with the source materials, even as their improvisations have a searching, burning modernism of their own. To channel the cultural history of this music, the players of Broken Shadows can rely on their personal history as friends and collaborators; among various associations, Speed played in Berne’s Bloodcount band in the 1990s, while Anderson and King are two-thirds of the genre defying band The Bad Plus. This foursome is onto something special here – the emotive breath and beat of this music being undeniable, infectious; these are players known for their ability to take it out, but Broken Shadows gives them a vehicle to get down. — Bradley Bambarger