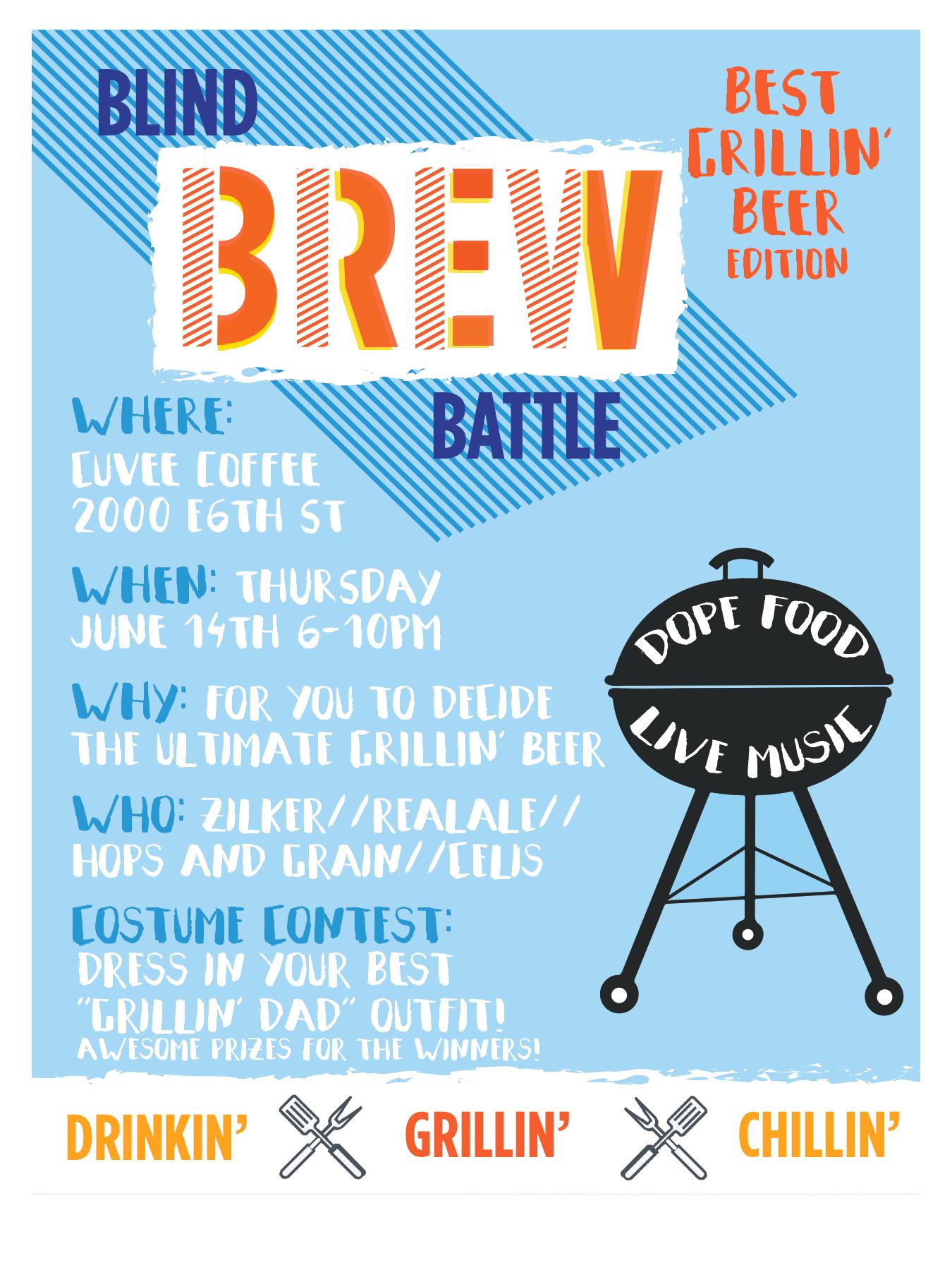 Come down to Cuvee and join us for our FIRST Blind Brew Battle with live music, food, games and plenty of fun on Thursday, June 14th from 6-10pm! Four breweries and you get to choose your favorite Grillin’ Beer to put on tap, and no one will know which is which!

Buy a flight, try all four, and vote on your favorite! One flight=one vote! We will tally up the vote and let the voice of the people be heard!

COSTUME CONTEST- Dress in your best “Grillin’ Dad” outfit! Slap on those New Balances, your favorite Jorts, and your best corny apron, to try and win some awesome prizes! Best Guy and Best Gal will win!